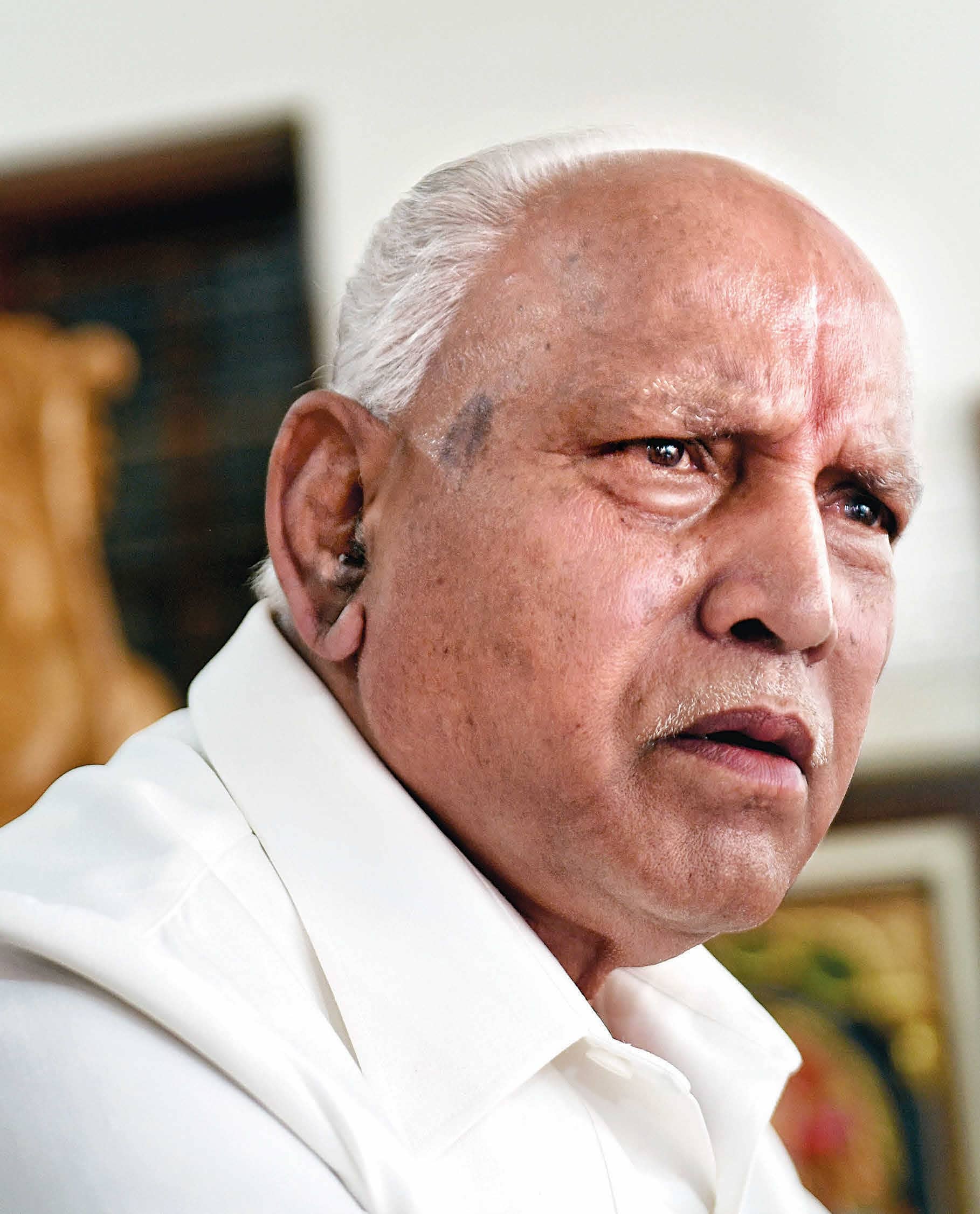 B.S. YEDDYURAPPA is the man responsible for the BJP gaining a foothold in Karnataka. He led the party to a simple majority in the 2008 assembly polls and became the BJP’s first chief minister in the south.

The mass leader suffered his share of setbacks, too, and was forced to step down as the chief minister in 2011 over corruption allegations.

While the 76-year-old continues to be a formidable force, he is also a soft target for his opponents. He recently got embroiled in the “diarygate” scandal. The Congress accused that he had paid Rs1,800 crore to various BJP leaders, based on photocopies of handwritten entries in a diary that allegedly belonged to him. He dismissed all allegations saying that diarygate was fabricated, and the court had cleared him in other cases.

In an exclusive interview, the Lingayat strongman said diarygate is fabricated, and that he is determined to win 22 of Karnataka’s 28 Lok Sabha seats. Edited excerpts:

Why would the people vote the BJP back to power in the 2019 Lok Sabha polls?

Five years back, [Prime Minister Narendra] Modi made promises— corruption-free governance, development that benefits all, securing the country’s borders and enhancing foreign relations. He has accomplished all these. There are no corruption charges against Modi or any of his cabinet members. The economy of the country has improved and traders have adapted to the GST regime.

The opposition feels that the Modi government’s foreign policy and its stand on national security is flawed.

Post the Pulwama attack, the nations of the world stood with India in condemning Pakistan. Was that not a diplomatic victory? Today, we have a new India that will not bend when attacked, but will retaliate strongly.

Does the Modi wave still exist?