Bolts from the blue 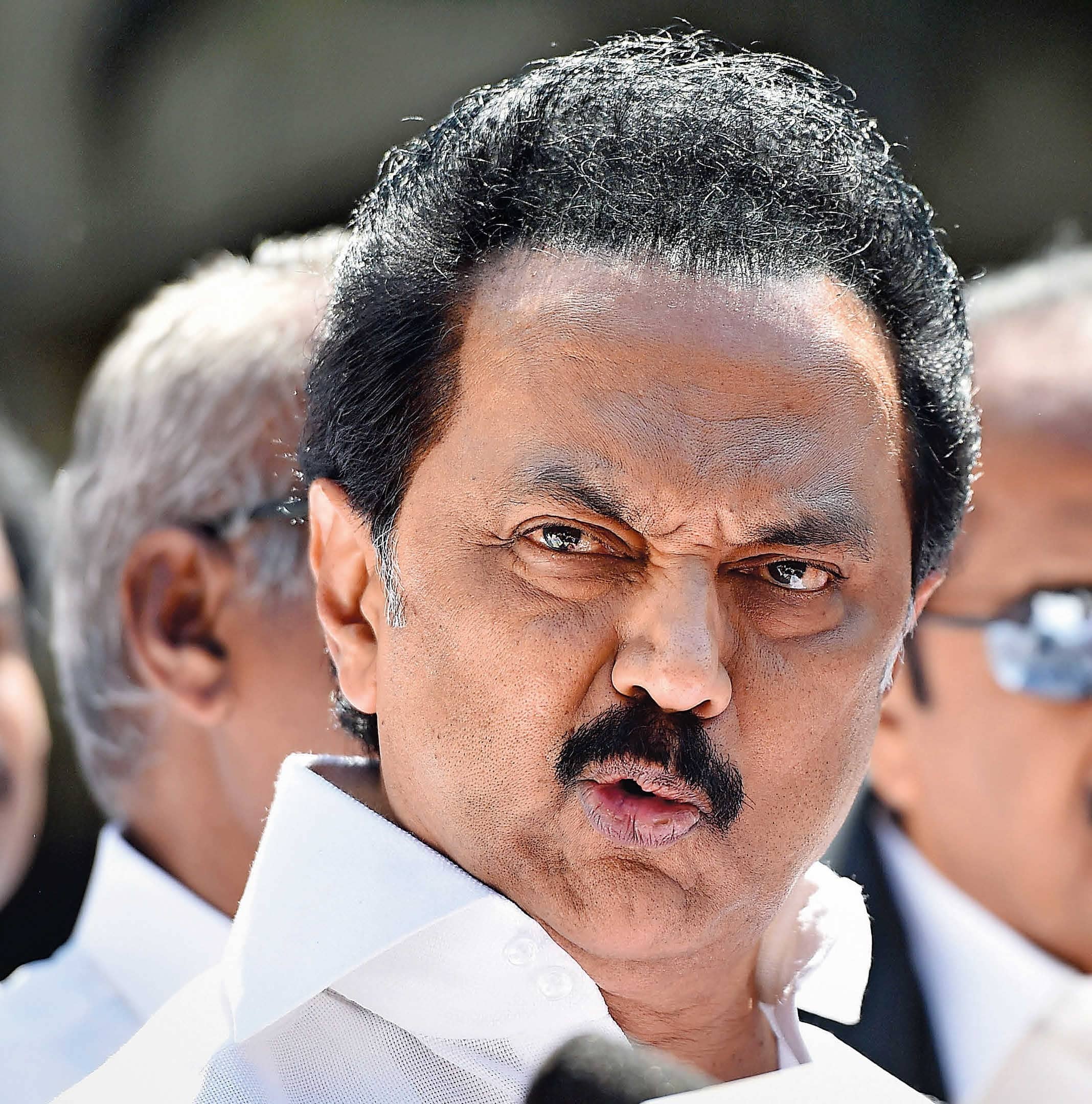 With assembly polls less than a year away, the DMK is beset with a series of unexpected challenges

NEWS IN THE past few days has been bad for the DMK.

On May 23, the party’s organising secretary and Rajya Sabha member R.S. Bharathi was arrested from his Chennai residence for allegedly belittling dalits. In a speech at the party’s youth wing office in Chennai on February 14, Bharathi reportedly said many dalits could become judges because of alms given by the dravidian movement. He was booked under the Scheduled Castes and Scheduled Tribes (Prevention of Atrocities) Act, 1989, after a dalit activist lodged a complaint in May. A local court later granted him interim bail till June 1.

Hours after he was released, party MPs Dayanidhi Maran and T.R. Baalu rushed to the Madras High Court seeking anticipatory bail in a similar case. Maran and Baalu had met Tamil Nadu chief secretary K. Shanmugam on May 13 to discuss the party’s Covid-19 relief initiative, Ondrinaivam Vaa (the togetherness campaign). After the meeting, they alleged that Shanmugam had treated them like “third-class people”. “We were treated like oppressed people,” Maran told reporters. “People like you—are we oppressed people?”

The comments provoked a furious backlash. Maran was criticised for comparing his meeting with the chief secretary to the plight of dalits. Five days later, first information reports under the SC/ST Act were registered against the leaders across several districts. The High Court later restrained the police from taking “coercive action” against Maran and Baalu, and gave a week for the government to file a detailed reply on the FIRs.

The same day, a case against DMK legislator Senthil Balaji—for allegedly threatening Karur district collector K. Anbalagan—was transferred to the crime branch criminal investigation department. A former AIADMK minister, Balaji defected to the DMK in 2018 and is now close to the party chief and opposition leader M.K. Stalin and his family.

The series of setbacks began after rebel DMK leader V.P. Duraisamy met state BJP president L. Murugan on May 18. Duraisamy said the meeting was a “courtesy call” and that he was not planning to join the BJP. “But you cannot predict anything in politics,” he said.