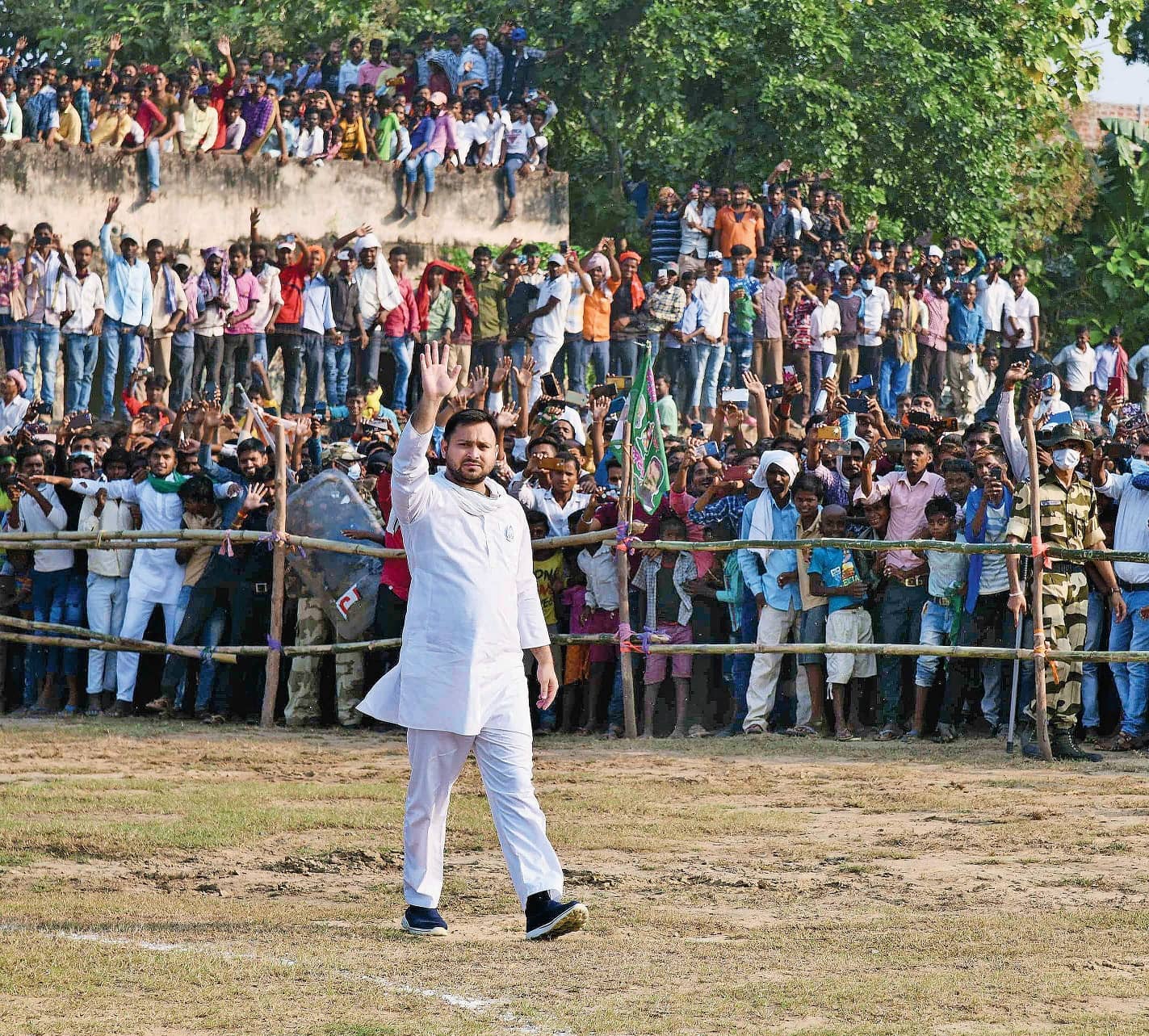 While Nitish Kumar & Co are confident of retaining power, an assertive Tejashwi Yadav is causing some concern

There is a brashness about Tejashwi Yadav’s campaign, as there is about his character—the brashness of a youngster who has nothing to lose. Senior leaders may dismiss it as a sign of immaturity, but it has put worry lines on the brows of his opponents. For, the youth seem to like it.

The son and political heir of Rashtriya Janata Dal supremo Lalu Prasad, Tejashwi is attracting Bihar’s youth, mostly the unemployed among them, in thousands to his rallies. Despite the Covid-19 scare and the strict rules imposed by the Election Commission, they are thronging to his meetings, and cheering his brash talk. Borrowing more than a page from the immensely popular campaign style of his father who is currently serving a prison term, Tejashwi has made his rallies a sort of a dialogue with his listeners. While talking about lack of jobs, he would exhort: “How many of you here are without jobs? Let me see. Please raise your hands.” And promptly, thousands of hands would shoot up in the air.

Adding to their anger, he would charge that four and a half lakh government posts have been lying vacant. Then, making the most out of the sentiment of anger and despair, he would offer hope. “If I become chief minister, the first cabinet itself will approve an order for creating a million jobs,” he promised, as applause and cheers rend the autumn air.

The Nitish Kumar-led Janata Dal (United)-BJP alliance had been counting on a fairly easy campaign till early this year with not much of an anti-incumbency feeling in the political atmosphere. The government had been doing well on most development scores, and even the opposition leaders had been privately conceding this. The desertion by Chirag Paswan’s Lok Janshakti Party had not ruffled the alliance’s feathers much, confident as they were that the young Paswan was not much of a vote-catcher, unlike his legendary father Ram Vilas. However, Tejashwi’s brash style of campaign has whipped up a latent anger, especially over the government’s handling of the Covid-19 crisis.