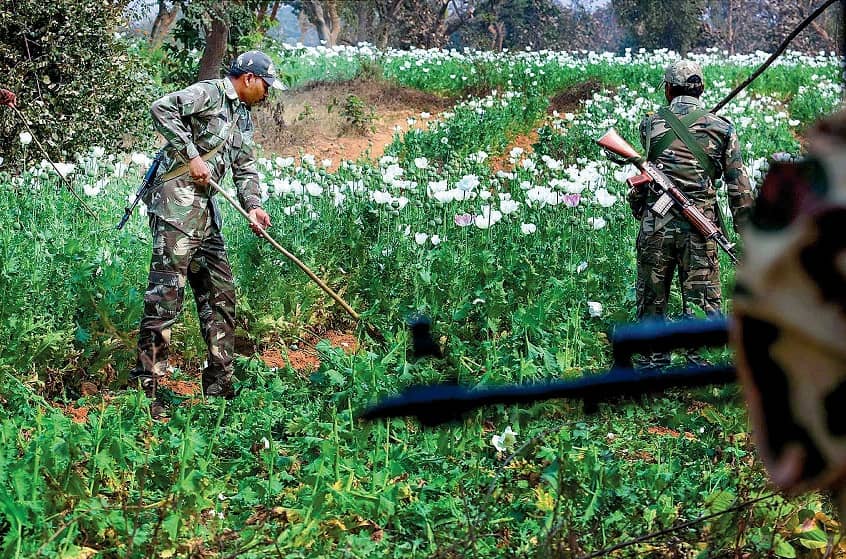 In April, drug law enforcement agencies made a presentation before Union Home Minister Amit Shah. The picture was worrisome. A minimum of 360 tonnes of retail quality heroin is being consumed in the country every year, the international value of which is about 01,44,000 crore. There are an estimated 20 lakh “dependent” users of heroin in the country. The survey conducted by researchers and doctors of National Drug Dependence Treatment Centre at the All India Institute of Medical Sciences in 2019 helped the Narcotics Control Bureau (NCB) understand the consumption and impact of drugs and psychotropic substances on the Indian population.

The NCB arrested Bollywood actor Rhea Chakraborty on September 8 in a drug-related case and she is said to have mentioned some names. But drug law enforcement officers said the actor or her celeb friends may not reveal much. Those accused might not be aware of the entire drug syndicate. That there could be a bigger syndicate in the state with supply links on foreign land, will be a matter of investigation.

However, the newly begun slew of investigations gives officials hope to bust larger drug networks in the country. “We have exposed some of the links in Bollywood in the latest case but the drug problem in Mumbai is part of a larger malaise. We are focusing on catching the big players,” said an investigator.

“The names of these celebrities [given by Chakraborty to the NCB] cannot be disclosed at this point during the investigation,” said the official. “However, legal action will be initiated against them soon.” But the drugs seized so far in this case are only drops in the ocean.