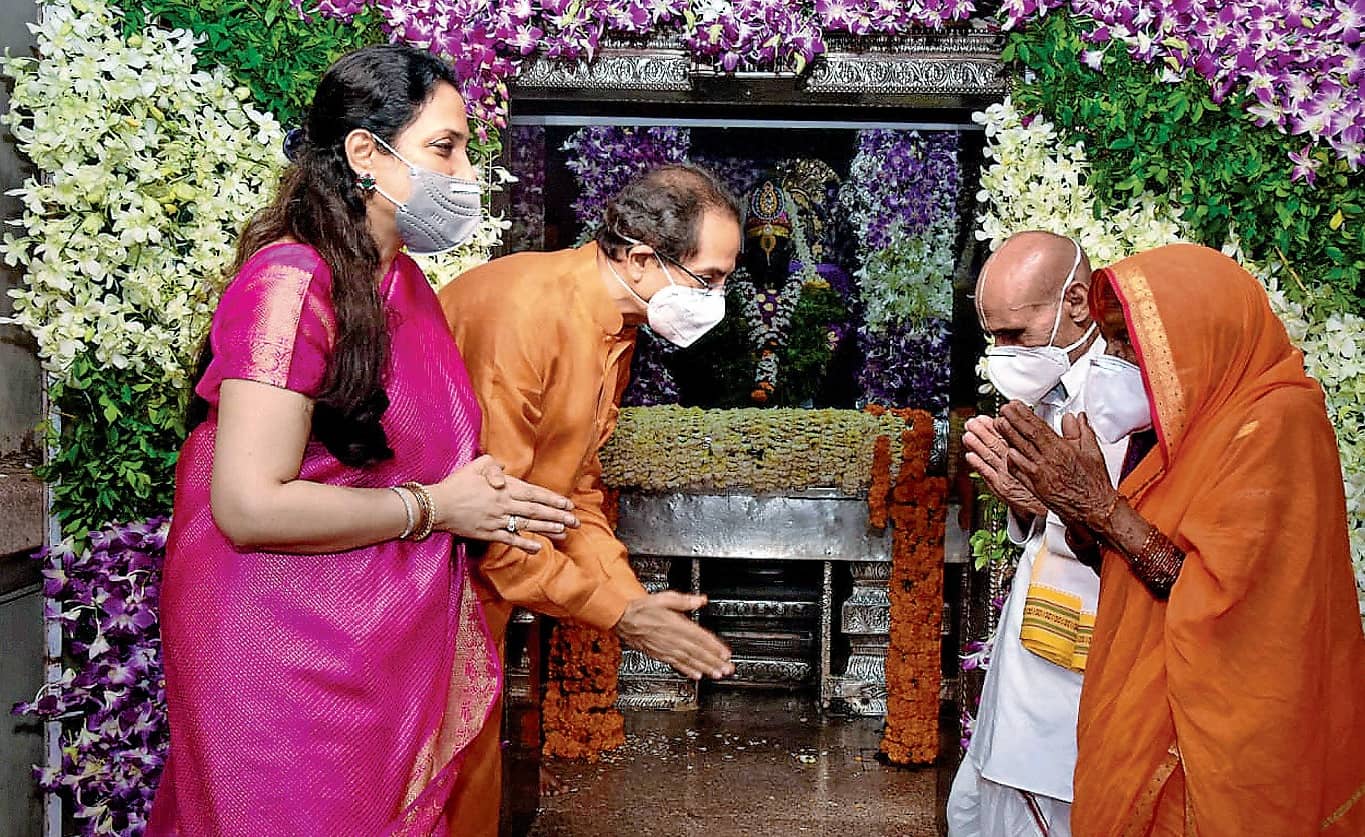 ON JULY 1, Maharashtra Chief Minister Uddhav Thackeray went to Pandharpur, a pilgrimage town in Solapur district, with his wife and son Aditya, minister of tourism and environment. It was Ashadhi Ekadashi, a holy day for Hindus. Thackeray prayed for a miracle that would help not just Maharashtra— the Indian state worst affected by Covid-19—but the whole of mankind to get rid of the pandemic. Later, he reiterated this sentiment on Twitter, saying that man was down on his knees and there was no cure for the disease, yet.

The chief minister, who had in the past maintained that the state was doing extremely well in its fight against Covid-19 and assured people victory over the virus, showed the first signs of fatigue and resignation with his entreaty for divine intervention. As of July 5, over two lakh people had been infected in Maharashtra and close to 9,000 had died. With over 84,000 cases, Mumbai accounted for 41 per cent of the total.

The heavy showers in the state’s Konkan regions could compound the problem as monsoon-related illnesses would overload the already strained health infrastructure. “Our biggest worry is how we will differentiate those with malaria, leptospirosis and dengue from those with Covid-19,” says Dr Harshad Limaye, internal medicine specialist at Nanavati Hospital in Mumbai. “We are also expecting a few cases of swine flu. The already acute bed-availability crisis might worsen anytime now.”

After a steep spike in cases during Unlock 1, the chief minister decided to restrict movement in Mumbai. The police imposed a new rule asking citizens to move only within a 2km radius from their homes; only office-goers were exempt. The sudden enforcement of the rule caught many unawares and evoked strong reactions from those who were fined and had their vehicles seized.