Writer Meghan Daum Thinks You Need To Toughen Up 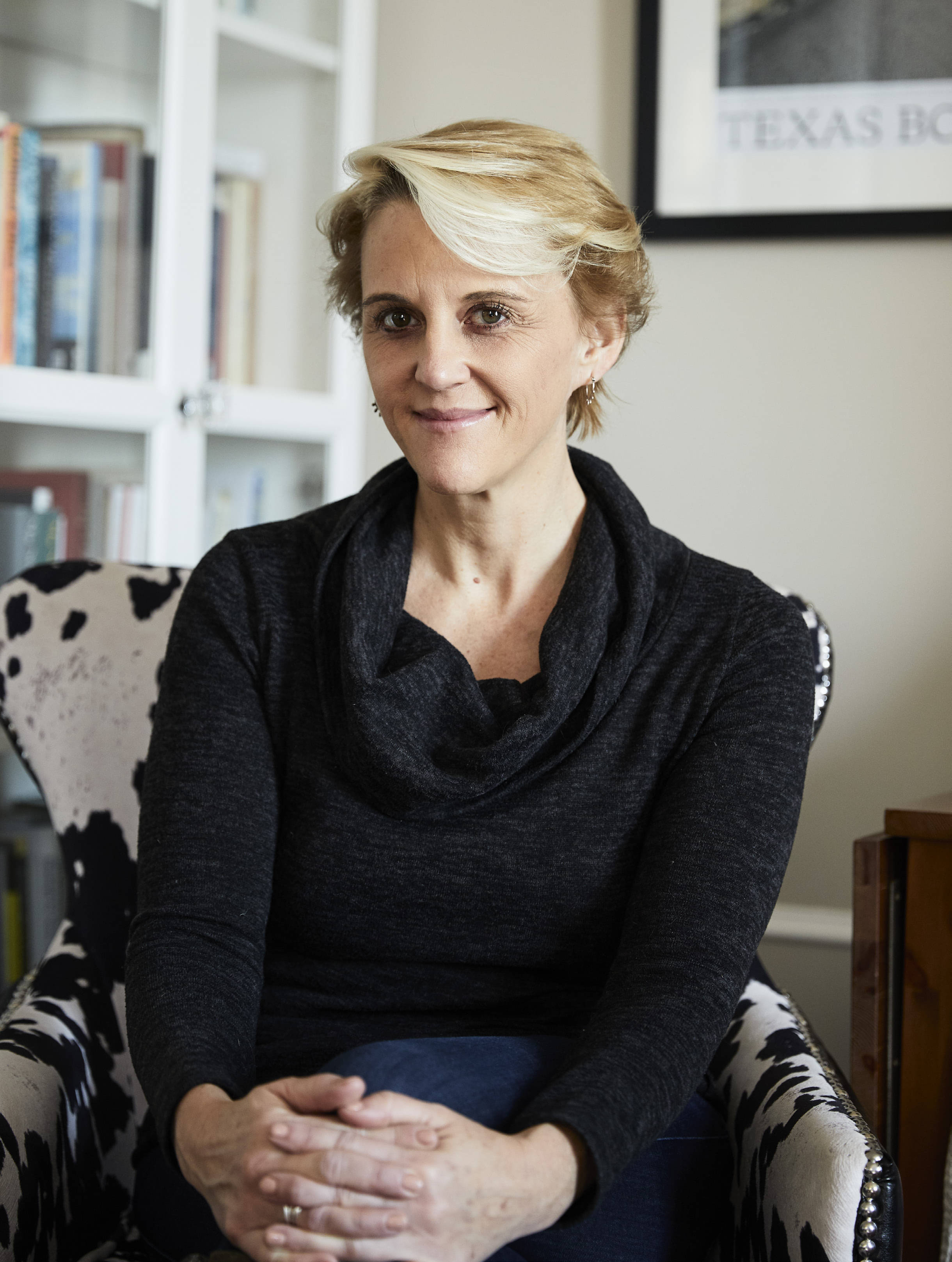 “ IF 2018 WAS the year that the concept of ‘cancel culture’ went mainstream,” writes Meghan Daum near the beginning of The Problem With Everything: My Journey Through the New Culture Wars (Gallery Books), “then 2019 may be the year that cancel culture cancels itself.”

NICK GILLESPIE
The 49-year-old essayist and novelist writes regularly on feminism, liberalism, and the weaponization of political correctness. In her new book, she contends that “by framing Trumpism as a moral emergency that required an all-hands-on-deck, no deviation-from-the narrative approach to cultural and political thought...the left has cleared the way for a kind of purity policing—enforced and amplified by social media—that is sure to backfire.” The Problem With Everything is her clarion call to chill out and allow people to be more complicated, contradictory, and human.

In October, Daum sat down with Reason’s Nick Gillespie to discuss generational warfare, the proper role of a writer in society, and why in the end she’s (at least a little bit) optimistic for the future of American political discourse.

Reason: Your book is a critique of fourth-wave feminism. What does that mean and what’s your beef with it?

Daum: I would describe fourth-wave feminism as something social media-based. It has to do with expressions of empowerment and solidarity in terms of memes and hashtags. I started noticing it maybe around 2014, early 2015. It coincided with the issues that were coming up around sexual assault policies on college campuses. But a lot of it was rooted in this idea that we’re going to complain a lot about men and punch up at men.

These are young women—women in their 20s, women in high school. But a lot of older women and middle-aged women are glomming on to this the way one does if you want to stay with the times. I consider myself a feminist. I have always been a feminist. I’m a liberal—[though] increasingly I’m informed that I am not. But what troubled and interested me was that I had grown up alongside second-wave feminism.

To define our terms: First-wave feminism culminated in the right to vote.

Yeah, suffragists in the late 19th and early 20th centuries.

Second-wave feminism is the postwar stuff: Betty Friedan and The Feminine Mystique, Gloria Steinem. Third-wave feminism then gets a little bit tougher to define.

That’s right. They’d had a huge falling out over definitions of feminism. You can’t get more feminist than becoming estranged from your feminist mother.

It’s hard to say. I think it was Rebecca Walker herself who said, “The defining feature of third-wave feminism is that it’s impossible to define.”

What is now being called fourth-wave—and that’s not a term that gets bandied around too much—is this kind of #KillAllMen [movement launched by] the columnist Jessica Valenti, quoted a couple times throughout the book. She was the founder of Feministing, which was a feminist website. She’s actually a Gen Xer, but she’s very, very popular among younger millennial/Gen Z feminists.

In the book, you talk about an episode that exemplifies the tensions within fourth-wave feminism, when a writer at Babe came out with a story about Aziz Ansari’s date with an anonymous woman. The author of the piece made an attack on Ashleigh Banfield, a Gen X newscaster. Banfield was talking about the story on the air and said, “This is a story about a bad date.” And then the writer said, “Go fuck yourself with your bad dye job.”

And your burgundy lipstick! Just to back up on that: This was early 2018, I believe. The comedian, Aziz Ansari, had this sort of woke reputation. He would show up on the red carpet with “Time’s Up” pins [supporting an anti-sexual harassment organization]. This anonymous piece appeared on this website that nobody had ever heard of, which described a date that this woman had gone on with Aziz Ansari where she felt uncomfortable. It was not entirely clear what had gone on—it definitely did not sound like a fun time, but also not like anything that she couldn’t get out of. It didn’t ring to my ears as a particularly dangerous situation.

This as-told-to piece went viral. That was the moment the generational lines just split down the middle. The reaction from younger feminists was, “Oh my gosh, he is a terrible person. This is unacceptable. This is toxic masculinity. If you’re in a sexual situation and he makes you feel uncomfortable, then that is on the rape spectrum in some way.”

Older women were kind of like, “Whoa.” The record scratched. “We’re having serious discussions around people like Harvey Weinstein and Charlie Rose and Matt Lauer, and suddenly, you’re putting this in the same category?” That was really a flashpoint because suddenly the two generations were not understanding each other.

You started writing the book before the 2016 election, expecting Hillary Clinton to win. What was the book you would’ve written had that happened?

I was going to write a contained, discrete book. The concept was “you are not a badass.” There were these expressions in third-wave feminism, like, “Oh, you wake up every morning and face down the patriarchy. You’re so under the thumb of this oppression that just paying your rent on time and showing up to work makes you a badass. It’s so difficult to be a woman.” I just thought it was strange because, as a Gen Xer, I had grown up in the ’70s and ’80s never having any concept that I was anything but equal to boys. In fact, most girls were better than boys. They were doing better in school. 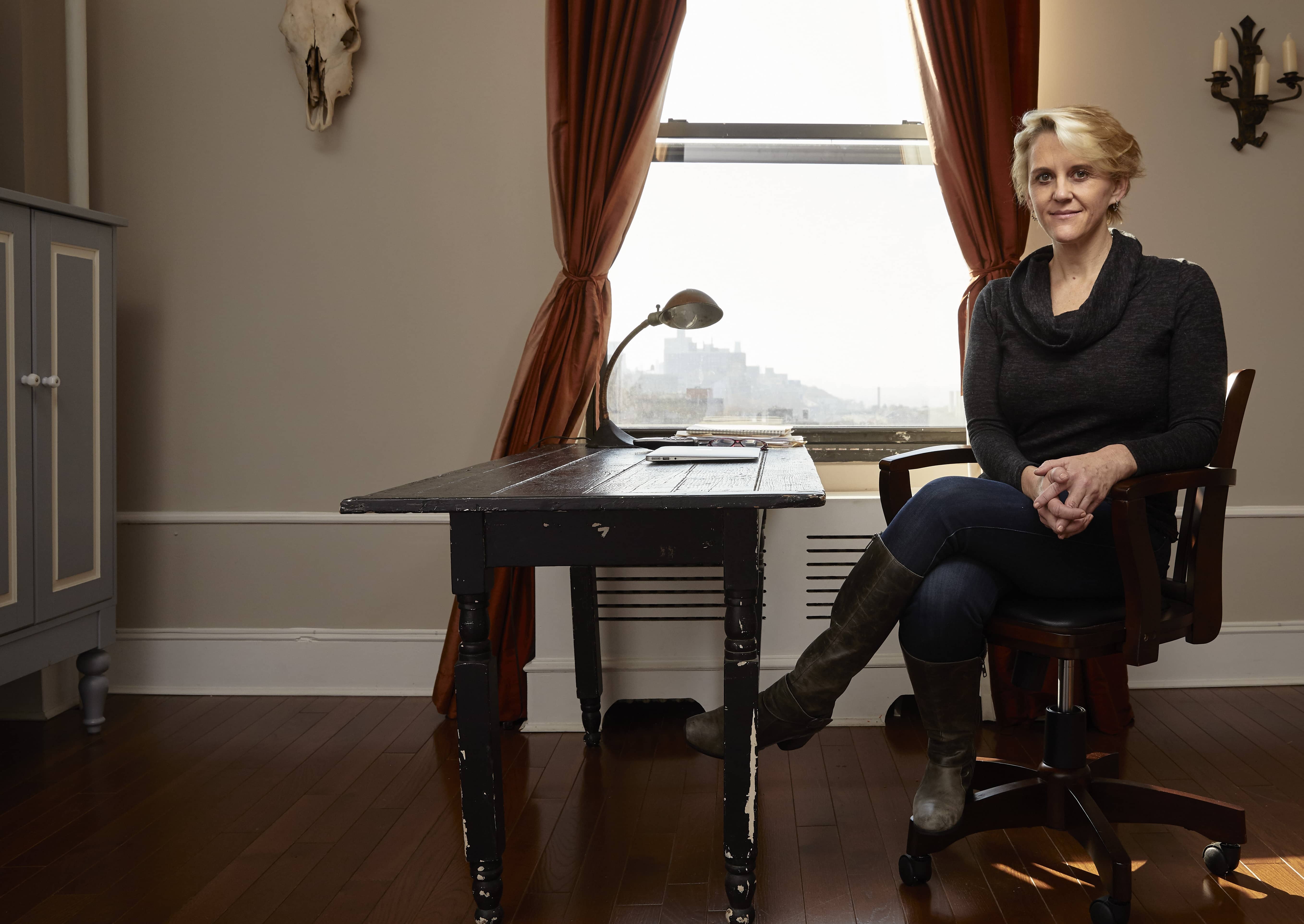 There was not a sitcom that didn’t have an episode where the girls beat the boys—The Brady Bunch, The Partridge Family, Facts of Life.

There was something about growing up in the ’70s. It was a much more androgynous period. You didn’t have the extreme girliness, the blue toy aisle and the pink toy aisle.