Up Close And Personal With Philadelphia's Heroin Crisis 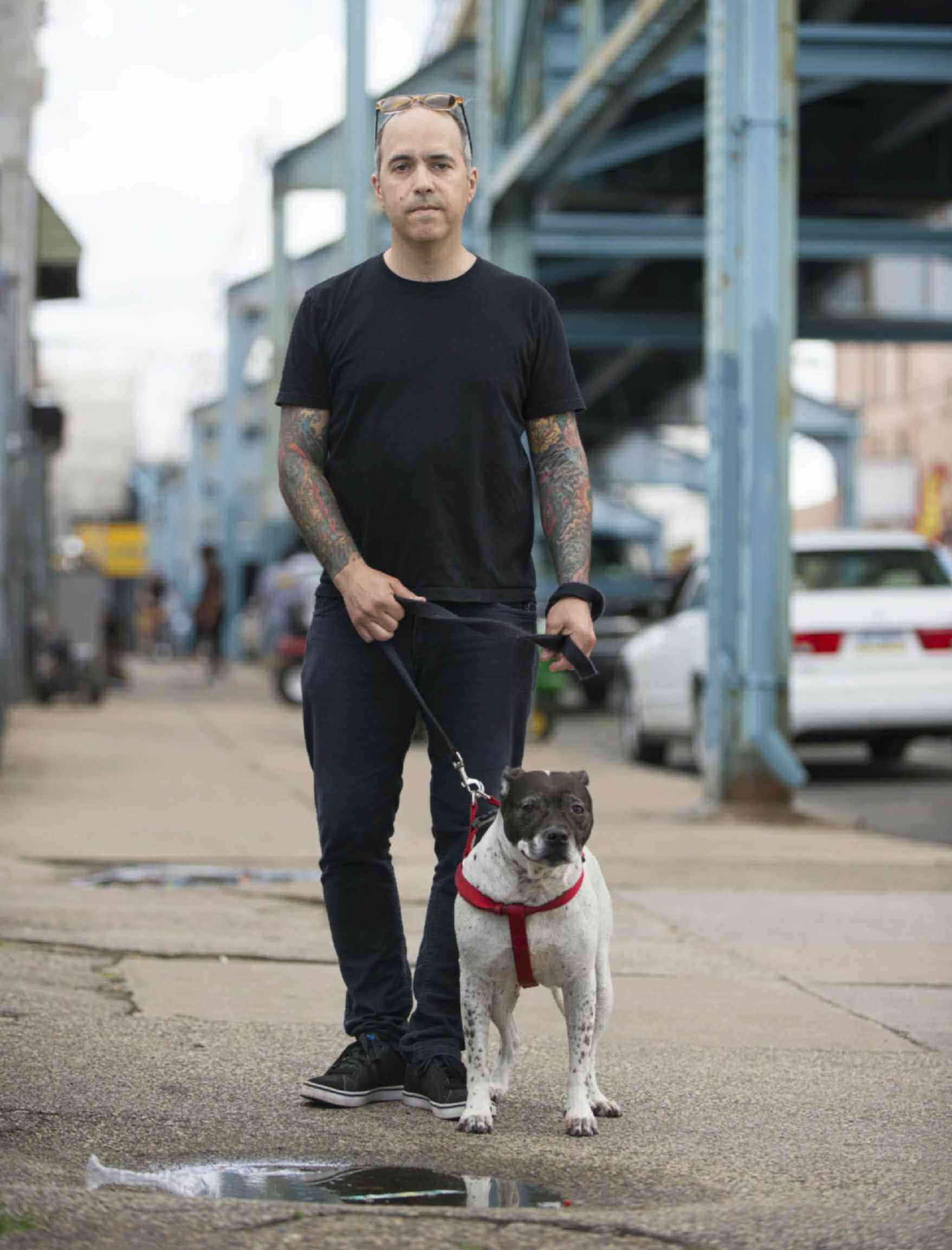 Journalist Christopher Moraff talks about a better way to report on drug culture in America.

Stories about the death toll from the opioid crisis have focused largely on the plight of rural and small-town Americans in the Midwest and Appalachia. But the perils of drug abuse and drug prohibition have also visited urban environments, and none so dramatically as Philadelphia. In 1999, the year the Centers for Disease Control and Prevention began tracking overdose fatalities by county, it topped the list of cities with populations over 1 million. For 2017, nearly 20 years later, the Philadelphia Department of Public Health reports that 1,217 residents died of a drug overdose. New York City, which has a population roughly five times that of Philadelphia, experienced only about 200 more drug poisoning deaths last year, according to a May report from that city’s Department of Health and Mental Hygiene.

As in many places, the leading cause of overdose deaths is no longer prescription meds. A report from the Philadelphia Department of Public Health noted that 84 percent of such deaths involved fentanyl (or a fentanyl analog), a potent and inexpensive painkiller that dealers are increasingly mixing in to heroin to make their product cheaper. That number was up from 57 percent just a year earlier. The government response to the opioid crisis—especially the aggressive interdiction and enforcement around pain pills such as Oxycontin—has also driven up demand for heroin, making the problem worse, not better.

Philadelphia journalist Christopher Moraffhas chronicled this catastrophe better than any other journalist in his city, and arguably better than anyone anywhere in the country. After a decade reporting on and working in the drug reform movement, Moraff, 47, began to regularly visit Philadelphia’s heroin hub, a makeshift community called El Campamento in the Kensington neighborhood. There, amid spent needles and garbage, indigent residents built shacks out of whatever materials they could find or slept in the open air under an overpass adjacent to train tracks—until the city tore down the community last summer.

“So many of their problems come from the stigma and the illegality of drug use,” Moraffsays of the men and women he has spent the last two years getting to know. “We’re not just criminalizing the drug, we’re criminalizing people. It’s a learning process that happens over time. Eventually people think of themselves as outlaws because they’re using a substance that is illegal.”

He has spoken extensively with these accidental outlaws, users and dealers alike. When it comes to building relationships, he acknowledges that “having had a drug history myself certainly doesn’t hurt.”

Moraff has taken the unprecedented step—for a journalist, anyway—of collecting and testing heroin samples. He shares his findings about the levels of fentanyl they contain on social media and in his columns for The Daily Beast. He has also helped illuminate Canada’s role as a pipeline to the U.S. for counterfeit prescription drugs, examined why synthetic weed has continued to be popular in an age of increasingly legal cannabis, and shined a light on the drug rehab industry. “New laws that would put thousands of otherwise innocent Americans into locked treatment units could potentially be a windfall” for providers, Moraff writes. “But like so many other failed policies in the war on drugs, it will be the most desperate and marginalized Americans who will pay the price.”

Moraff’s ability to tell stories that center on users rather than law enforcement officials has earned praise from social workers, drug researchers, and other journalists. Recently, he partnered with fellow writers Zach Siegel and Troy Farah to launch a podcast called Narcotica. “We’re going to try to cut through the misinformation and do some more in-depth stories, the kind of stuff you don’t hear in the mainstream media,” he says. “I don’t think there’s anybody in the podcast community that’s doing it quite to the level that we’re going to do it, and I think it will add some real value to this conversation.”

In April, Reason’s Mike Riggs spoke with Moraff about how he discovered the Kensington heroin beat and what he has learned from getting up close and personal with Philadelphia’s overdose crisis.

Reason: If you were to take 10 different reporters and tell each of them to write a story about the opioid crisis, why would yours be different than the other nine?

Christopher Moraff: You have to talk to people other than researchers, public health experts, and law enforcement. For example, you could write a lot of stories about what we’re spending on treatment, but it’s not until you start talking to drug users that you understand what treatment even is. By doing that, you learn that more money for treatment is not necessarily a good thing. If we’re not throwing money at the right treatment, more money’s not gonna do anything.

I think my background in photography probably has something to do with it, too. I used to be a street photographer, so I’m really comfortable just sort of engaging people. I don’t think enough reporters spend enough time in the field. Part of that has to do with the way the media business is now. We don’t have the resources for it. I’m fortunate to have a moderate grant this year that’s given me a little bit of space. I don’t know that there’s anyone, any paper or publication, that would have the resources or the dedication to spend the time to get as immersed as you need to be to really figure this out.

So instead we get a lot of news stories, especially at the biggest publications, that are regurgitating fifth- and sixth- and seventh-hand perspectives on opioids.