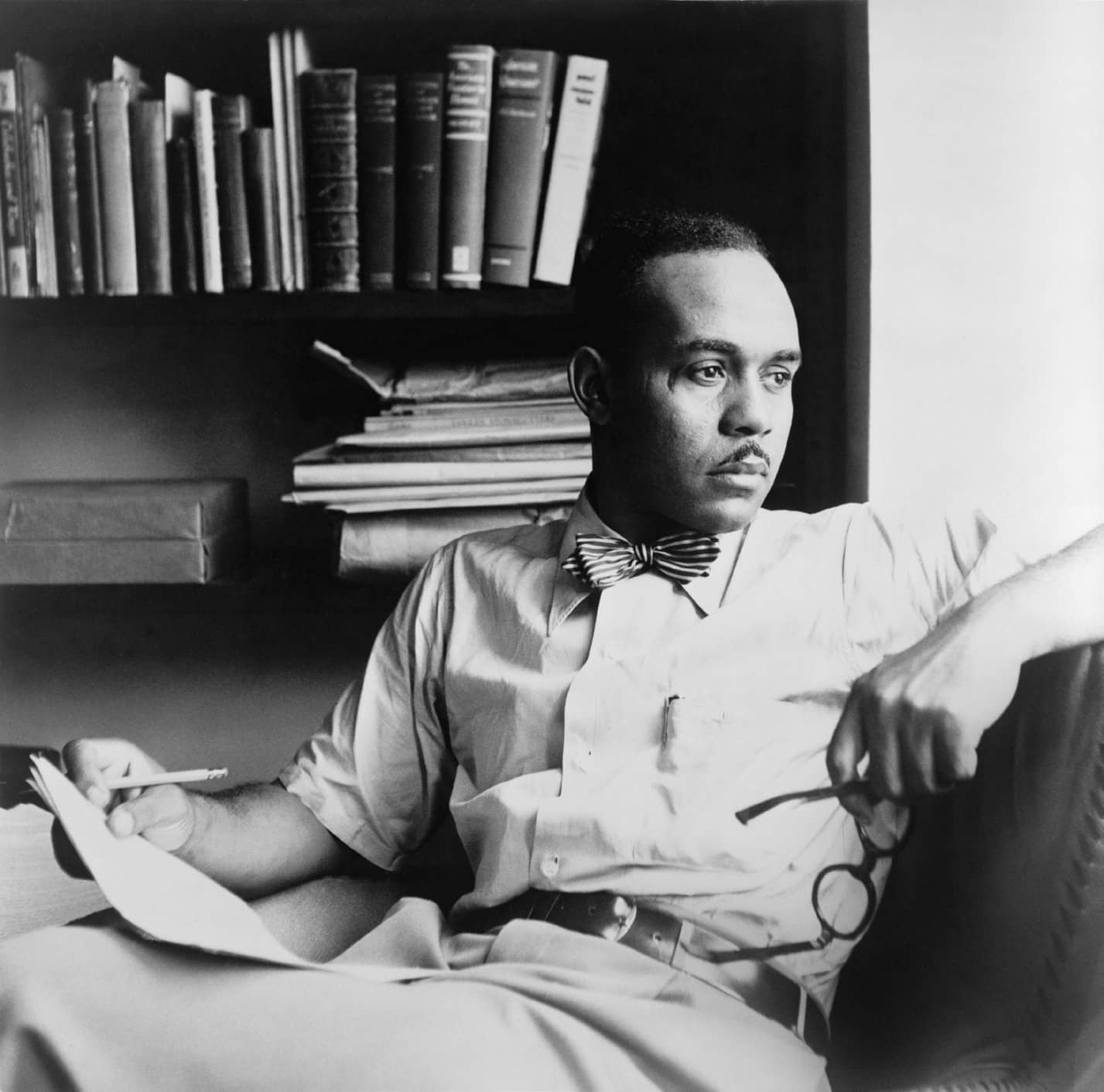 In a new collection of letters, the great Invisible Man author is further revealed.

I FIRST MET THE American novelist Ralph Ellison in the summer of 1963, when he gave a reading to a small audience at Columbia University. Beside me was the critic Stanley Edgar Hyman, who introduced me to the author. Since I then lived at the southern end of Harlem (as it bordered on Columbia) and Ellison lived in a northwest enclave on Riverside Drive, he invited me to his home.

In 1965, when the BBC asked me to do film portraits of New York writers, Ellison was my first choice. A little later, when contracted to do a book of extended profiles of major American artists and intellectuals, it seemed appropriate to feature him alongside John Cage, Reinhold Niebuhr, Robert Rauschenberg, Marshall McLuhan, Glenn Gould, and Herman Kahn.

I particularly admired Ellison’s Invisible Man (1952), not only for its rich style but for its intellectual complexity. In lush prose reminiscent of William Faulkner, whose influence Ellison acknowledged, the novel tells of a nameless narrator’s life. Its events range from an unfortunate experience at a black college in the American South to the protagonist’s disappointments in New York City, where he suffers a terrifying experience in a paint factory and then meets semblances of Communists and black nationalists, all vividly portrayed, before retreating into the artificially illuminated underground cave from which he’s remembering his life. Some early readers thought the book autobiographical, which it wasn’t. Nor was it meant to “protest” maltreatment of African Americans—one theme in Ellison’s own commentary on the book is that the narrator, who doesn’t even know his own name, is responsible for his own invisibility. That Invisible Man can be persuasively read in such different ways is a measure of its richness.