There is no China crisis 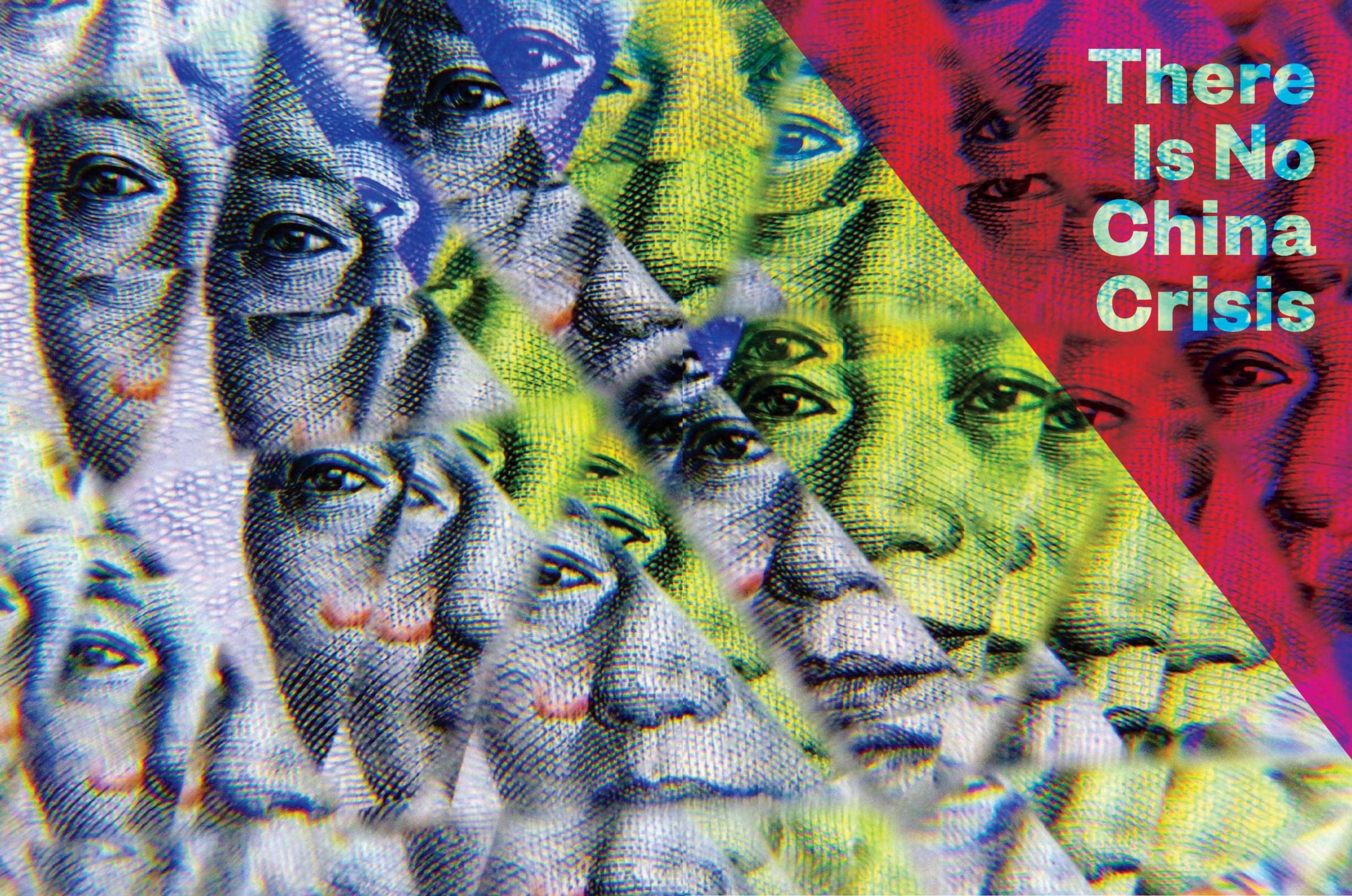 Unless we cause one by overreacting to Asia's changing political and economic landscape.

THE UNITED STATES has a long and distinguished history of freaking out about powerful rival nations. When countries even begin to approach the United States in economic might, the political reaction often borders on the hysterical. At the height of the Cold War, high rates of Soviet gross domestic product (GDP) growth caused policy makers to fret that the USSR’s centrally planned economy would outperform American capitalism. Members of Congress reacted with their usual aplomb, tolerating the rise of McCarthyism and the blacklisting of suspected communists in the arts. Sputnik triggered a similar panic about whether the United States was losing the space race to a communist foe.

A few decades later, the Japanese were the source of anxiety. After four decades of rapid growth, they seemed poised to overtake the United States economically. A pallet of books with titles like Japan as Number One, The Enigma of Japanese Power, and The Japan That Can Say No caused Americans to panic again. A Cold War treaty ally was suddenly viewed as something different: a rival with a novel variety of capitalism, one relying on greater state intervention than ours, that was threatening American hegemony. Members of Congress continued to react in a calm and professional manner—for example, by smashing a Toshiba boombox on the grounds of the U.S. Capitol.

The current freakout is about China, and the parallels to past freakouts are striking. After two generations of rapid growth, the Middle Kingdom now has the second-largest economy in the world. Its 1.4 billion people already make it the largest import market for everything from crude oil to hair dryers to automobiles. It has been the most important engine of global economic growth since the 2008 financial crisis, and the debate among most private-sector analysts is whether its economy will overtake the United States in this decade or the next one.

The corresponding reaction from American offiials has been predictable. For decades, successive U.S. administrations paved the way for China to enter the liberal economic order. The Trump administration has thrown away that welcome mat and blasted the notion that engagement was ever a good idea.

Whenever a Trump official gives a talk at the Hudson Institute, a China hawk gets its wings. In 2018 it was Vice President Mike Pence saying mournfully, “America had hoped that economic liberalization would bring China into greater partnership with us and with the world. Instead, China has chosen economic aggression, which has in turn emboldened its growing military.” In 2019 it was Secretary of State Mike Pompeo’s turn. “Frankly,” he said, “we did an awful lot that accommodated China’s rise in the hope that communist China would become more free, more market-driven, and ultimately, hopefully, more democratic.” Alas, he concluded, “we didn’t realize how China was evolving.”

The Trump administration’s “phase one” truce with China on trade, signed on January 15, belies a panoply of aggressive steps this administration has pursued to contain the People’s Republic. These range from arresting a Huawei executive for espionage to blocking Chinese takeovers of U.S. firms to restricting visas for Chinese students interested in studying certain scientific fields in America to contemplating limits on Chinese firms’ ability to raise capital in U.S. stock markets.

For all the talk about the politics of Washington being more polarized than ever, the bipartisanship of the new consensus about China is striking. If Democrats have opposed the Trump administration’s actions, it is mostly because they think the actions haven’t gone far enough. When Trump escalated the trade war with China in spring 2019, Senate Minority Leader Chuck Schumer tweeted, “Don’t back down. Strength is the only way to win with China.”

China also generates strange bedfellows within Congress. A 2018 letter from 15 U.S. senators from both parties warned about the threat of the Belt and Road Initiative (BRI), China’s massive global infrastructure development venture. “The goal for BRI is the creation of an economic world order ultimately dominated by China,” they asserted. At the Munich Security Conference in February, I heard no distinctions between Republican and Democratic members of Congress on the threat posed by China. Outside of government, the new Washington consensus has prompted a cottage industry of essays, reports, think pieces, and long-form journalism opining on What To Do About China.

Remember when I said that both the Soviet Union and Japan suffered from economic stagnation and demographic decline? There are good reasons to believe that China will be the next country in line. China’s population crisis is already baked in: Sometime this year, the median age in the country will exceed that in the United States, and by 2040 senior citizens will comprise a greater portion of China’s population than ours. To describe China as economically stagnant would be a gross exaggeration. Nonetheless, its growth rate has fallen by more than 50 percent in the last decade, and its productivity growth has fallen by far more than that over the past 25 years. It appears that China will get old before it gets rich. Yet the new Washington consensus is too panicked to observe these realities.

To be fair to the new conventional wisdom, it is not founded only on hysteria. A key premise of the old consensus was that engaging China would facilitate that country’s transformation from a one-party dictatorship into a more open and liberal polity. The actual results have been...well, not that. The apparent failure of the previous narrative to play out as hoped has rattled many people’s faith in the power of economic freedom to lead inexorably to political freedom.

Instead of classical liberal arguments about the pacifying effects of trade, the new consensus is replete with terms like predatory liberalism and weaponized interdependence. In the new narrative, China is an authoritarian state hell-bent on world domination; we must decouple the U.S. economy from China’s in order to check Beijing’s rise. The new consensus increasingly sounds like an update of the old containment doctrine, with China’s brand of authoritarian capitalism replacing Soviet-style communism as the existential threat to the American way of life that must be confined to a limited sphere.

It’s one thing to say that the old Washington consensus got China wrong. It’s another thing entirely to conclude that the exact opposite approach is warranted—and let’s be clear, that is what the Trump administration wants us to believe.

A proper U.S. strategy toward authoritarian capitalism in general and the Middle Kingdom in particular needs to appreciate the strengths and the weaknesses of the China model. Cold War hawks exaggerated Soviet capabilities, and today’s China hawks do the same with the regime in Beijing. Even if one accepts that China poses a significant threat to the American way of life, the optimal response is far removed from the actual response we are witnessing today. Indeed, it seems as though much of the policy response to China is predicated on a loss of self-confidence by the United States. Debates about China are stalking horses for debates about what is wrong with America.

WHAT WE GOT WRONG

THE POLICY CONSENSUS that surrounded U.S. support for China’s entry into the World Trade Organization (WTO) has not aged well. In a March 2000 speech, President Bill Clinton overpromised just a wee bit when he claimed that “the more China liberalizes its economy, the more fully it will liberate the potential of its people—their initiative, their imagination, their remarkable spirit of enterprise. And when individuals have the power not just to dream but to realize their dreams, they will demand a greater say.” Support for China’s entry into the WTO was bipartisan; the Senate approved it 83–15.

What did policy makers get wrong? Back in the day, liberal internationalists made two arguments about why China’s participation in the global economy was in America’s national interest. First, if China traded more with the rest of the world, it would alter that country’s domestic political character. Economic freedom within the People’s Republic would increase, leading to more economic affluence. These factors would nudge China into the same political evolution that its Northeast Asian neighbors experienced: greater demands for the rule of law, followed by political liberalization. No policy maker believed this would happen overnight; the Clinton speech quoted above is chock-full of caveats. The overarching belief, however, was that over time China would start to resemble, say, South Korea.