The Truth Could Set Them Free 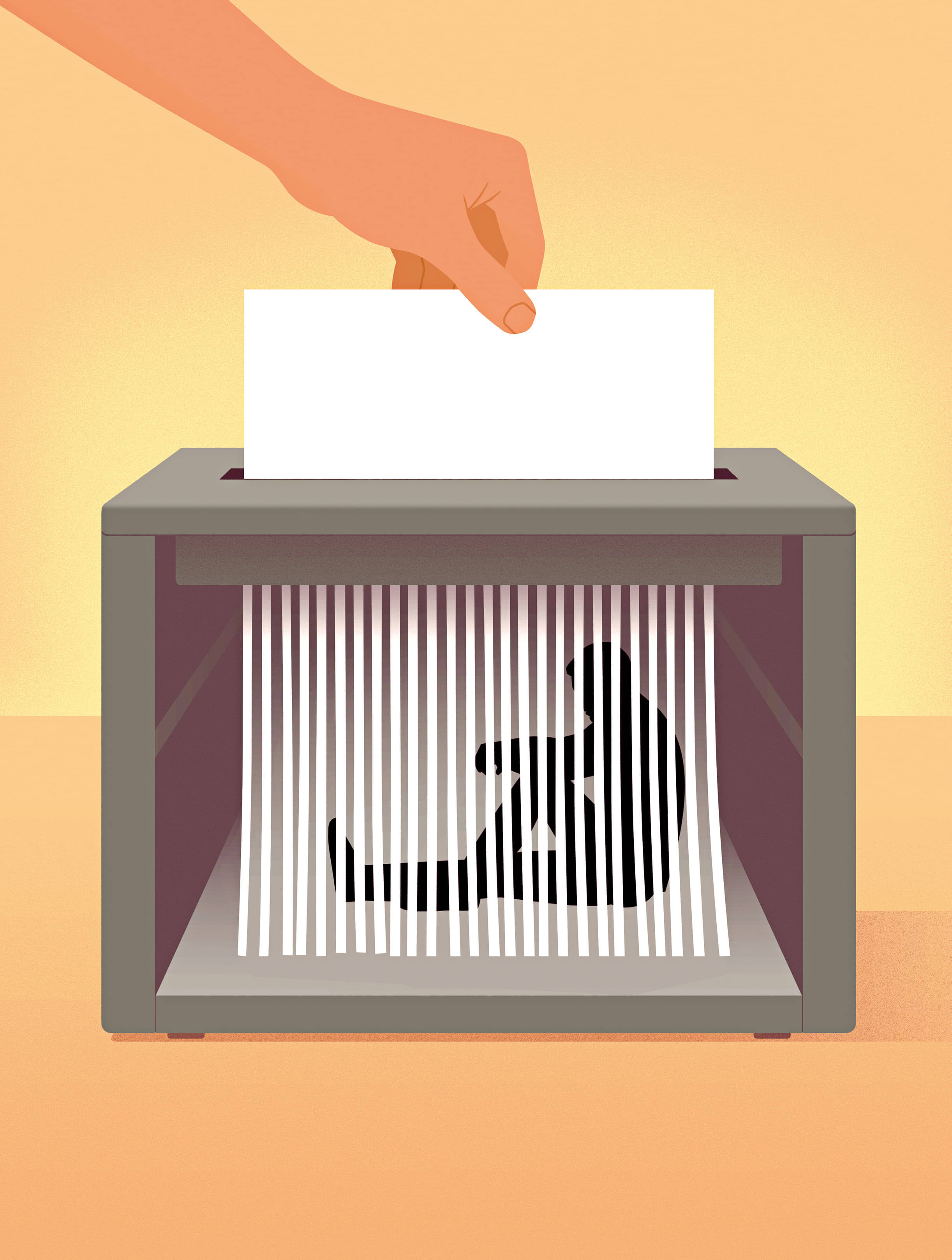 WHY DID CALIFORNIA DESTROY RESEARCH INTO A GROUP OF PEOPLE IT SAYS ARE DANGEROUS ENOUGH TO BE LOCKED UP INDEFINITELY?

STEVEN YODER
IN LATE 2006, a public defender went before a Napa County judge to argue for his client’s freedom. Rex McCurdy, a 49-year-old man, had been detained for seven years at Atascadero State Hospital under a 1995 California law authorizing “civil commitment” of people who have been convicted of sex offenses, a practice that keeps them confined long after they have completed their sentences.

In 1983, McCurdy had pleaded guilty to rape, for which he served two years in state prison. In 1990, he was convicted of burglary and served another six years. In 1998, McCurdy says he was brought in on a parole violation for living too close to a school, contrary to his conditions of release. Prosecutors used that violation and the two prior convictions to get McCurdy classified as a “sexually violent predator” (SVP), he says. That designation let them civilly commit him to Atascadero, much the way people with mental health issues can be locked up when they are deemed a threat to themselves or others.

Seven years after McCurdy was committed, his lawyer, Jim McEntee, was trying to persuade a judge that his client was a low risk to re-offend. If he failed, McCurdy would be confined at the hospital indefinitely. Fortunately, the lawyer had heard of evidence that might tip the scales: a study done at Atascadero itself that could help his client.

McEntee called as a witness Jesus Padilla, one of Atascadero’s psychologists. Padilla was four years into a study of ex-offenders classified as SVPs who had been released on technical grounds. Padilla had tracked them to find out their recidivism rates, which he presumed would be high.

What he discovered would undermine the basic premise of civilly committing people with sex crime records. In his sworn testimony before the judge and an October 10, 2006, memo, Padilla explained that of the 93 ex-offenders he and a colleague had tracked, just six had been rearrested for an alleged sexual crime after about five years in the community. That amounts to an astonishingly low rearrest rate of 6.5 percent. By comparison, a 2018 study by the federal Bureau of Justice Statistics found that 49 percent of all state prisoners were arrested again for the same type of offense within five years of their release.

The recidivism rate that Padilla found for SVPs did not square with the 1995 law that created the program, which had called the people it targeted a “small but extremely dangerous [group of] sexually violent predators.” In short, the study called into question the legitimacy of the entire $270-million-a-year civil commitment program.

Shortly after his testimony, Padilla’s study was abruptly terminated. His records were confiscated, his hard copies were shredded, and he was forbidden to talk about his work. At first he pushed back and even tried to continue on his own. But as he explained in 2009, “It’s too hard to fight the system, you know.” In 2013, Padilla died of stomach cancer, his research unfinished. The whole incident might have been forgotten, if not for the work of law professors Tamara Rice Lave and Franklin Zimring, who excavated Padilla’s work in a 2018 American Criminal Law Review article and brought to light the ways in which the state tried to ensure that knowledge of it would die with him.

California’s civil commitment program is the biggest in the country, holding 15 percent of those detained nationwide— so a great deal rides on understanding whether it is actually achieving its goals. Yet for decades it has operated under the cover of unexamined assumptions, and the authorities apparently prefer it that way.

WHAT IS A ‘SEXUALLY VIOLENT PREDATOR’?

THE CONSTITUTION’S FIFTH and 14th amendments bar punishing someone twice for the same crime. A 1997 Supreme Court decision gets around that prohibition by permitting states to confine certain sex offenders not for their old crimes but for those they might commit.

In Kansas v. Hendricks, the Court created special rules for people with sex offense records who suffer from a “mental abnormality” or “mental illness” that makes it “difficult, if not impossible,” for them to control their behavior. The decision framed civil commitment not as punishment but as treatment. The justices took at face value the core assumption in the preamble to Kansas’ civil commitment law: that this group’s likelihood of committing new offenses is exceptionally high.

Today, 21 states and the federal government have civil commitment laws for people who have been convicted of sex crimes. Among them, they hold about 6,000 “sexually violent predators” in indefinite detention. California alone holds about 900. To qualify as an SVP under California’s law, a person must have committed at least one crime of sexual violence, and the state has to prove the offender has a diagnosed mental disorder that makes it “likely” he will re-offend.

The classification process begins six months before an inmate is scheduled to be released from prison. The California Department of Corrections screens inmates’ records and refers to those who might qualify as sexually violent predators to the Department of State Hospitals (DSH) for evaluation. If two evaluators concur that an inmate meets the SVP criteria, the DSH refers the case to a district attorney, the D.A. brings the case to court for a civil commitment trial, and a jury decides whether the person meets the law’s criteria.

While the process may sound clear-cut, it is actually a dragnet that catches all manner of ex-offenders. The definition of a mental disorder that makes a person likely to re-offend is designed to include the broadest possible range of conditions. A 1998 American Psychiatric Association report concluded that “sexual predator commitment laws represent a serious assault on the integrity of psychiatry, particularly with regard to defining mental illness and the clinical conditions for compulsory treatment.”

A rich vein of psychiatric literature has documented the ambiguities of diagnosing mental illness and predicting dangerousness when it comes to forcing people into institutions. A 1998 Massachusetts study, for example, found that mental hospitals involuntarily detained patients with insurance 40 percent to 100 percent longer than those without. “Over thirty years of commentary, judicial opinion, and scientific review argue that predictions of danger lack scientific rigor,” University of Georgia law professor Alexander Scherr noted in a 2003 Hastings Law Journal article. “Scientific studies indicate that some predictions do little better than chance or lay speculation, and even the best predictions leave substantial room for error about individual cases. The sharpest critique finds that mental health professionals perform no better than chance at predicting violence, and perhaps perform even worse.”

Civil commitment of sex offenders fares no better. Recent studies of people referred for civil commitment and released or never committed for technical reasons found reoffense rates ranging from about 3 to 11 percent. A 2013 review that Florida commissioned of its civil commitment program concluded that “for those deemed to be so dangerous that they may be committed indefinitely—and cared for at great expense to the state—[the] false positive rate appears high.” While defending his state’s SVP commitment program in 2015, Mark Dayton, then the governor of Minnesota, conceded that “it’s really impossible to predict whether or not [sex offenders] are at risk to re-offend.”