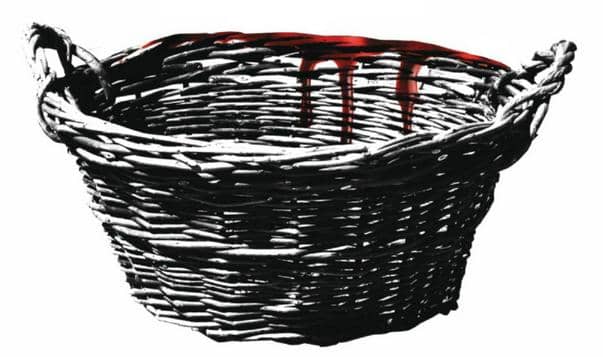 THE FRENCH REVOLUTION HAS LONG INSPIRED PROGRESSIVE RADICALS READY FOR CHANGE AT ANY COST.

LAST SUMMER, WHEN the short-lived “Capitol Hill Autonomous Zone” in Seattle renamed itself the “Capitol Hill Occupied Protest,” one protester explained to a reporter that the acronym CHOP was a tribute to the Reign of Terror in France more than 200 years ago. “What happened to the people who did not get on board with the French Revolution?” he asked, to which the assembled crowd responded, “CHOPPED!”

This scene was just one manifestation of the guillotine fad that has been sweeping America’s resurgent progressive left. #Guillotine2020 is an actual hashtag on lefty Twitter, mostly (if hyperbolically) dedicated to the malfeasance of Republicans, rich folks, and other baddies. DIY guillotines have been popping up at protests, including ones outside the White House and the Washington, D.C., mansion of Amazon CEO Jeff Bezos. Jacobin magazine, one of the radical left’s most prominent media outlets, has been selling a guillotine poster captioned “Some assembly required”—even though the publication claims its name is a reference to the Haitian Revolution and its “Black Jacobins,” not the French revolutionary faction that perpetrated the Terror in 1793–94.

So far, this revolutionary playacting has been more annoying than terrifying: Much like far-right memes about “helicopter rides,” a reference to extrajudicial executions via helicopter drop, it’s about trolling, not killing, the enemy. But it still signals an embrace of bloodthirsty rhetoric—and of ideological homage to one of history’s bloodier leftist dictatorships.

The new guillotine chic also speaks to the French Revolution’s enduring hold over our cultural imagination. The five-year period from the fall of the Bastille in July 1789 to the fall of the Jacobins in July 1794 has shaped our political language in more ways than we realize. It gave us the terms right and left in their political sense, based simply on the seating of deputies in France’s first National Assembly. It also gave us terror in its political sense, and with it the words terrorism and terrorist. It pioneered violent progressive utopianism and effectively birthed modern conservatism, via Edmund Burke’s Reflections on the Revolution in France. It even influenced fashions, pioneering short haircuts on women in tribute to guillotine victims—who had their hair shorn before execution—in the Terror’s aftermath. (Choker necklaces, apparently, have a similar origin.)

More importantly, the French Revolution has inspired radical movements for two centuries—notably Russia’s Bolsheviks, who explicitly claimed the Jacobins as their forefathers. Now, a resurgent American left has revived its romance not only with Soviet Communism (even “Uncle Joe” Stalin has a Twitter fan club!) but with Jacobinism—not a good sign for where modern progressivism is headed.

From today’s vantage point, the French Revolution may look like a distant costume drama mostly of interest to history buffs. But look closer, and its relevance to the current moment is striking—whether it’s the paranoid style, the sentimental idealization of the downtrodden, the quest to remake human nature and reset history, or the view that morality is determined by rank in an oppressor/oppressed hierarchy. (“How tenderly oppressors and how severely the oppressed are treated!” scoffed Jacobin leader Maximilien de Robespierre in response to those who deplored the Terror’s cruelty.) One can read a May 1793 letter to revolutionary legend Georges Danton from American citizen and French National Convention member Tom Paine deploring “the spirit of denunciation that now prevails” and think of parallels to current alarm about “cancel culture.”

The stakes in 1790s France, of course, were much higher. Less than a year after that letter was written, the two men met in the Luxembourg prison in Paris—Danton on his way to ultimate cancellation, Paine awaiting the same fate, which he would narrowly escape. But the echoes are undeniable.

THE FRENCH REVOLUTION is often imagined as a broad, simple morality play: A decadent aristocracy and a tyrannical monarchy lord it over downtrodden peasants and commoners; Queen Marie Antoinette dismisses reports of the poor clamoring for bread with “Let them eat cake”; the people revolt and bring down the Bastille’s grim dungeons; royals and aristocrats go to the guillotine; revolutionary leaders become the new tyrants; eventually, they too meet their downfall.

The reality was much more complicated. As Tocqueville later argued in The Old Regime and the French Revolution, revolutions generally happen not when things are at their worst but when there is tangible progress—enough to raise expectations for a better future but not enough to meet those expectations. Toward the end of the 18th century, France was rapidly liberalizing—economically, socially, and politically. The new era was symbolized by Voltaire’s triumphant return to Paris in February 1778, shortly before his death, after 28 years of exile. Even the Bastille was already slated for demolition, and some of its former prisoners had published memoirs about their ordeal to celebrity acclaim. On the minus side, there was a constant crisis. The effects of droughts, poor harvests, and cattle disease were exacerbated by heavy taxes from which the aristocracy and the clergy were mostly exempt. The treasury was depleted not only by profligate spending and Louis XV’s imperial adventurism but by Louis XVI’s aid to America’s rebel colonists. (One underappreciated historical irony is that French involvement in the American Revolution, motivated by the desire to kneecap the British monarchy, helped fuel France’s own revolution—both by popularizing ideas of liberty and by driving the national debt through the roof.) The deregulation of markets spurred innovation but also increased economic insecurity,and fluctuations in the prices of basic goods were commonly blamed on the machinations of wicked speculators.

It’s hardly a stretch to see parallels to America’s present moment, in which turmoil follows several decades of unprecedented strides in civil rights for racial minorities, women, and gays—as well as the depressing reality of pandemic, debt (due in part to foreign wars), and the widespread perception that ordinary people’s economic problems stem from being screwed by evil elites.

The clamor for reform and the urgent desire to raise taxes led to the king in May 1789 calling on the Estates-General, an assembly representing the three estates—clergy, aristocracy, and commoners—to compile grievances and make proposals. In June, the delegates of the commoners rebelled, chafing at their inadequate representation compared to the other two estates, and declared themselves a National Assembly representing the entire people. When Louis XVI tried to rein them in by shutting down the assembly hall on the pretext of carpentry work, the mutineers moved to a tennis court near Versailles, joined by most of the clergy’s deputies and by some of the nobles. The king caved.

The events of July 14, 1789—the “official” date of the revolution’s start—began as another episode in this ongoing conflict. On July 11, Louis XVI had fired the popular liberal finance minister Jacques Necker; many worried this was a prelude to a shutdown of the Assembly. The alarm was magnified because, fearing riots, the king had ordered troops into Paris, most of the Swiss and German mercenaries. This sparked quick-spreading rumors that the foreign soldiers were planning a massacre.

The Assembly’s armed supporters headed to the Bastille, wanting both to get their hands on the store of ammunition inside the fortress and to strike at a hated symbol of despotism. The rest is history. (In a weird historical footnote, those antiBastille passions may have been further inflamed by a troublesome inmate who was moved to an insane asylum a few days before the rebellion, but who until then had regularly shouted out the window, through an improvised megaphone, that the prisoners in the fortress were being slaughtered. It was the Marquis de Sade.)

In August, the Assembly abolished all feudal privileges, established full legal equality for all adult male citizens (the ladies would have to wait another century and a half), issued the Declaration of the Rights of Man and of the Citizen, and set about writing a Constitution. The monarchy limped along for three more years of push and pull between the increasingly radicalized revolutionaries and the resistant royals. Finally, in August 1792, insurgents invaded the Tuileries Palace, where the royal family had been forced to move from Versailles. The king and queen were placed under arrest. Shortly afterward, the National Convention—having been elected to replace the Assembly—formally abolished the monarchy. (Louis the XVI, henceforth known as Citizen Louis Capet after the medieval French dynasty to which he actually wasn’t related, would be guillotined for treason in January of the following year; Marie Antoinette, or “the widow Capet,” in October.)

September 22, the birthday of the French Republic, would become the first day of Year One in the new revolutionary calendar, which also replaced the old months with new metric based ones named after nature’s cycles (Thermidor for heat, Germinal for germination, etc.). This dramatic move predated the “Year Zero” of the Khmer Rouge by nearly 200 years—and anticipated the mindset of many American progressives, who, though they may not want to literally reset time, do want to cancel America’s slaveholding Founders.

It was not even Year Two before things got to the point summed up in a famous phrase, apparently first uttered in March 1793 by Convention member Pierre Vergniaud: “Like Saturn, the Revolution devours its own children.” (“The left eating its own”—a phrase often applied these days to purges of alleged racists, misogynists, or transphobes—is a tradition that began as soon as there was left.)

Two months after Vergniaud spoke those prophetic words, an angry mob organized by Jacobin radicals invaded the Convention to force his expulsion and that of his fellow Girondins, an informal bloc of moderates who mostly hailed from the southern Gironde region. Two years earlier, the Girondins had been the Assembly’s center-left. Now they were the conservatives, hated by Paris militants for rejecting price controls amid a food shortage and for having waffled on the execution of the former king. Power was now in the hands of the hardcore Jacobins (named after their club’s location in the Rue St. Jacques, or St. Jacob Street).