The Case Against Biden | Joe Biden's Politics of Panic 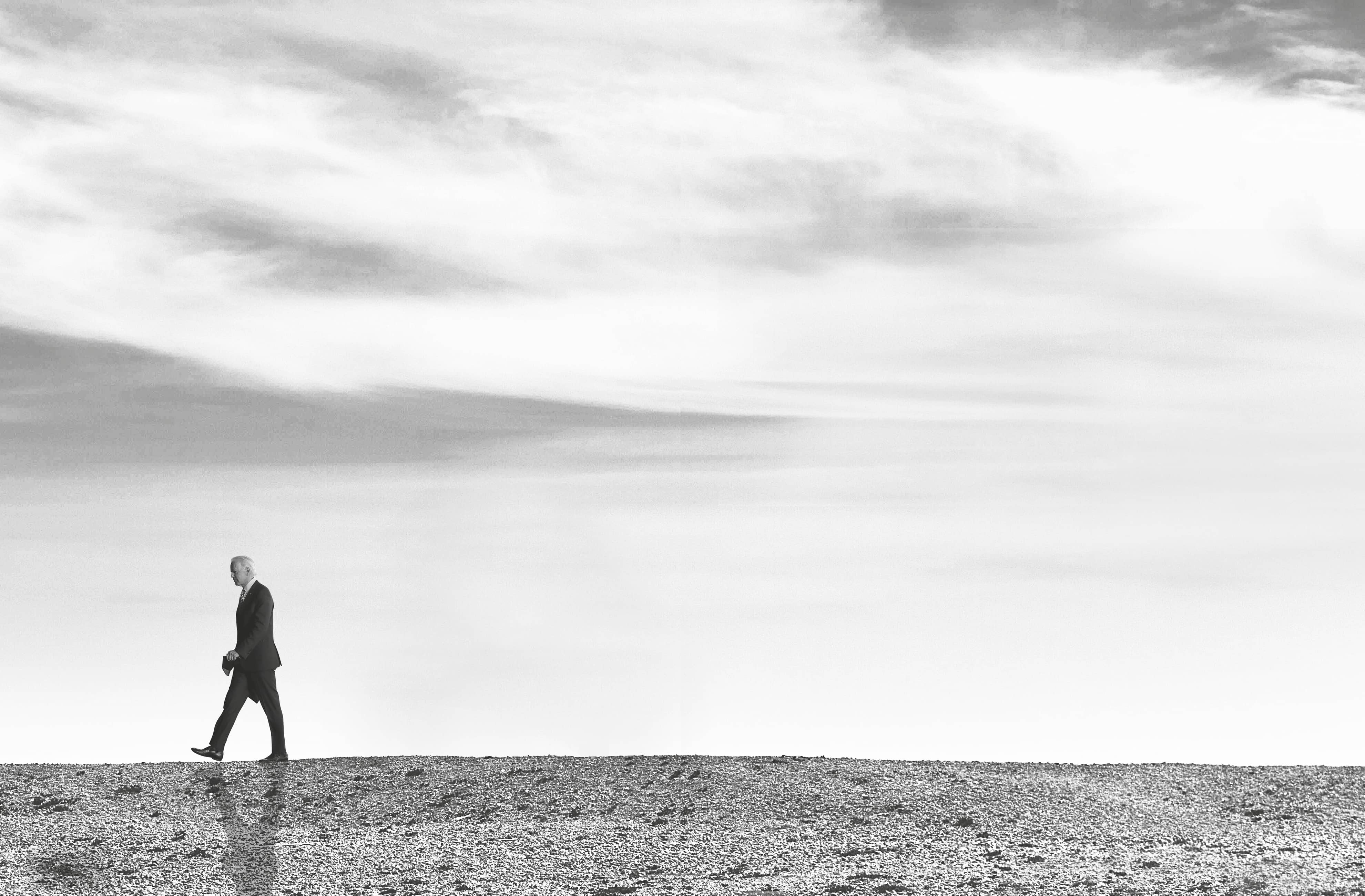 THE FORMER VICE PRESIDENT HAS A LONG HISTORY OF RECKLESS RESPONSES TO THE MENACES DU JOUR.

DURING A DEMOCRATIC presidential debate last year, Cory Booker weaponized one of Joe Biden’s proudest accomplishments. The New Jersey senator noted that the former vice president, who represented Delaware in the Senate for 36 years, “has said that, since the 1970s, every major crime bill—every crime bill, major and minor—has had his name on it.”

Said was an understatement. Biden has not just noted his leading role in passing those laws; he has crowed about it repeatedly over the years, throwing it in the face of Republicans who dared to think they could be tougher on crime and fellow Democrats he viewed as too soft. Now here he was, after a notable shift in public opinion about criminal justice issues, bemoaning the excessively, arbitrarily punitive policies he had zealously promoted for decades.

“The house was set on fire, and you claimed responsibility for those laws,” Booker continued. “You can’t just now come out with a plan to put out that fire.”

Biden’s response was telling. Those crime bills, he said, “were passed years ago, and they were passed overwhelmingly.” More recently, he noted, he had tried to ameliorate some of their worst consequences—for example, by sponsoring a 2007 bill that would have eliminated the unjust, irrational sentencing disparity between the smoked and snorted forms of cocaine, which led to strikingly unequal treatment of black and white drug offenders. That gloss brushed over the fact that, just a few years before he entered the 2020 presidential race, Biden was still bragging about the incarceration-expanding Violent Crime Control and Law Enforcement Act—or, as he preferred to call it, “the 1994 Biden Crime Bill.”

Booker, one of three African-American senators, was not impressed by Biden’s excuses. “You are trying to shift the view from what you created,” he said. “There are people right now in prison for life for drug offenses because you stood up and used that ‘tough on crime’ phony rhetoric that got a lot of people elected but destroyed communities like mine. This isn’t about the past, sir. This is about the present right now. I believe in redemption. I’m happy you evolved. But you’ve offered no redemption to the people in prison right now for life.”

The exchange was a powerful reminder of Biden’s faults. The Democratic nominee’s main qualification for office, aside from the fact that he is not Donald Trump, is his long history of public service. But that history is littered with egregious misjudgments on a wide range of issues, some of which he sticks with still. Even when Biden changes his positions—as he has on issues such as gay marriage, immigration, the Iraq war, and the death penalty, as well as drug policy and mandatory minimum sentences—he tends to rewrite history, saying he only did what everybody else was doing, implying that he acted based on the best information available at the time, or suggesting that he voted strategically to prevent even worse outcomes.

Biden’s reluctance to forthrightly acknowledge his errors blurs the contrast with Trump, a man who seems incapable of taking the blame for anything. Biden magnified that problem by choosing as his running mate Sen. Kamala Harris (D–Calif.), a former prosecutor who, like Biden, has recently recast herself as a criminal justice reformer while airbrushing her hardline past. More to the point, Biden’s persistently misguided policy instincts, spanning nearly half a century, make you wonder what fresh disasters his presidency would bring.

BIDEN’S HANDIWORK IN the Senate included the Comprehensive Crime Control Act of 1984, which he introduced along with Sen. Strom Thurmond (R–S.C.), an archconservative and former segregationist. That law abolished parole in the federal system, increased drug penalties, established mandatory sentencing guidelines, and expanded civil asset forfeiture.

Two years later, Biden wrote the Anti–Drug Abuse Act of 1986, which prescribed new mandatory minimums for drug crimes and created the notorious weight-based sentencing distinction that treated crack cocaine as if it were 100 times worse than cocaine powder, even though these are simply two different ways of consuming the same drug. Under that law, possessing five grams of crack with intent to distribute it triggered the same five-year mandatory minimum sentence as 500 grams of cocaine powder; likewise, the 10-year mandatory minimum required five kilograms of cocaine powder but only 50 grams of crack. Two years later, Biden co-sponsored another Anti–Drug Abuse Act, which established the “drug czar” position he had been pushing for years and created additional mandatory minimums, including a five-year sentence for crack users caught with as little as five grams, even if they were not involved in distribution.

As Biden explained it on the Senate floor in 1991 while holding up a quarter, “we said crack cocaine is such a bad deal that if you find someone with this much of it—a quarter’s worth, not in value, but in size—five years in jail.” To be clear: Biden was not marveling at the blatant injustice of that punishment but touting his anti-drug bona fides.

Because federal crack offenders were overwhelmingly black, while cocaine powder offenders were more likely to be white or Hispanic, the rule Biden championed meant that darker-skinned defendants received substantially heavier penalties than lighter-skinned defendants for essentially the same offenses. As that trend became clear, the African-American legislators who had supported the law turned against it. By the early 1990s, the pressure was building for reform of crack penalties.

“We may not have gotten it right,” Biden conceded 16 years after he helped establish the 100-to-1 rule. Five years later, during an unsuccessful bid for his party’s 2008 presidential nomination, he introduced a bill to equalize crack and cocaine powder sentences. That was the bill he cited in response to Booker’s criticism, suggesting he had seen the injustice of excessively harsh drug penalties by then. Yet as vice president in 2012, he was still citing his work with Thurmond on the 1984 crime bill, which started the ball rolling on mandatory minimums, as an inspiring example of bipartisan collaboration.