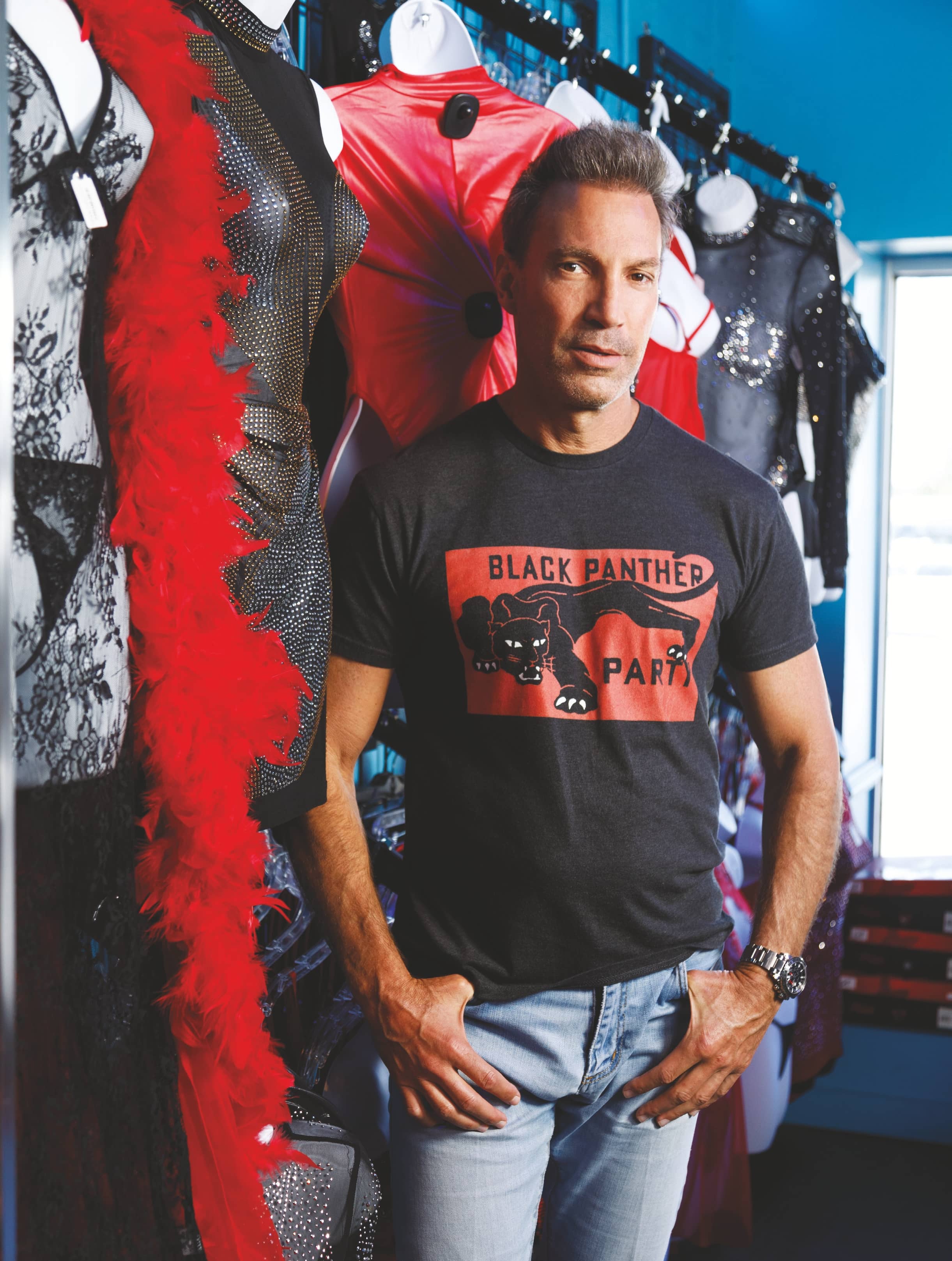 MICHAEL MORRISON USED TO BE A BOXER. NOW HE BRAWLS WITH ZONING BOARDS AND TAX COLLECTORS.

And if the nearby city of Brookhaven, Georgia, had its way, Michael S. Morrison would be in jail right now. Instead, he’s sitting across from me, temporarily out of sight of the shop’s abundant collections of inflatable prostate stimulators, clitoral suction devices, and vibrating cock rings, loudly insisting that he was never in cahoots with the mobster John Gotti Jr.

Morrison sued the city of Atlanta in 2015, a lawsuit that is still ongoing, arguing that its adult business zoning ordinance is overly broad. The statute defines an adult bookstore as “having a significant portion of its stock in trade, books, magazines, and other periodicals, films, videos, or other media or items which are distinguished or characterized by their emphasis on matters depicting, describing or relating to ‘specified sexual activities’ or ‘specified anatomical areas.’” One of Morrison’s lawyers, Cary Wiggins, points out that “a medical school textbook shop” could be banned under that regulation.

Morrison has been an Atlanta adult-store kingpin for nearly 25 years now. Not all his legal troubles in that time have been directly related to sex toys, but they’ve tended to center on sex. He’s telling me about Gotti because he says the city of Atlanta mistakenly thought he was negotiating with the mob to buy an iconic Atlanta strip club in the early 2000s.

At the time, Morrison’s sex-toy empire numbered 48 stores nationwide. He’d won dozens of legal challenges in Georgia, but this time he lost—not because he was connected with Gotti but for a more mundane reason: He’d filed false income tax returns and failed to pay $1.4 million in taxes. In 2005, he was convicted and sentenced to three years and 10 months in prison. He was incarcerated at the same Florida institution where former Panamanian dictator Manuel Noriega was held. (He calls Noriega “a great fella.”)

When Morrison left prison in 2008, he decided to sell all his stores except this one, the flagship shop on Cheshire Bridge Road—a street known as Atlanta’s vice den because it’s full of strip clubs and massage parlors. But now he’s trying to rebuild his empire while avoiding more time behind bars.

On May 28, 2020, however, a judge in the Superior Court of DeKalb County sentenced Morrison to six months in jail “because the Stardust store allegedly sold somewhere between 70 and 100 more sexual devices than it should have,” according to the appellants’ brief filed by Morrison’s lawyers. Morrison, the court claims, was operating his Brookhaven Stardust store in violation of a 2019 motion for contempt that had ordered him to pay $210,000 of the $863,000 in fines that the city had levied against Stardust and Morrison since 2017 for selling too many vibrators and dildos without the proper sexually oriented business license. As his lawyers wrote in the brief, “A fair-minded citizen might ask how society was harmed when Stardust offered a slightly wider variety of adult toys and sundries at its store than the local code permitted. That is not exactly the crime of the century and certainly was not a violent act.”

The city’s ordinance defines the term “sexual device shop” as follows: “a commercial establishment that regularly features sexual devices. This definition shall not be construed to include any pharmacy, drug store, medical clinic, or any establishment primarily dedicated to providing medical or healthcare products or services.” Under the Superior Court’s injunction order, his Brookhaven location could carry a maximum of 100 sexual devices. Morrison says he reduced the number of sex toys in the store from about 4,000 to 100 after he was first cited, but the city claims he has 70–100 more than that. They’ve been fighting over what the definition of sex toy is: Brookhaven claimed in court earlier this year that an enema kit with a knobby applicator counts as a sex toy because it could provide pleasure, while Morrison’s attorneys argued it was no different than an enema you might find at a drugstore. The city also claimed that masks and red collars were sex devices. As Morrison’s lawyers wrote in their federal appeal brief, “There is an elephant in the room: the SOB [sexually-oriented business] Ordinance allows the undefined ‘drug store’ to display 10,000 sexual devices without SOB restrictions, while it imposes restrictions (including criminal penalties) on a business which displays two or more sexual devices but which does not sell drugs.”

This is the most extreme of Morrison’s recent legal squabbles (there are currently legal battles relating to four of his stores),but these fights started a quarter of a century ago. In that time, the city of Atlanta and surrounding suburbs have spent hundreds of thousands of dollars in an effort to regulate Morrison out of existence. Many of the adult ordinances that currently exist in the area have been created or shaped to prevent Morrison from operating his stores. But Morrison, a professionally trained boxer, has always been one to fight back and fight hard.