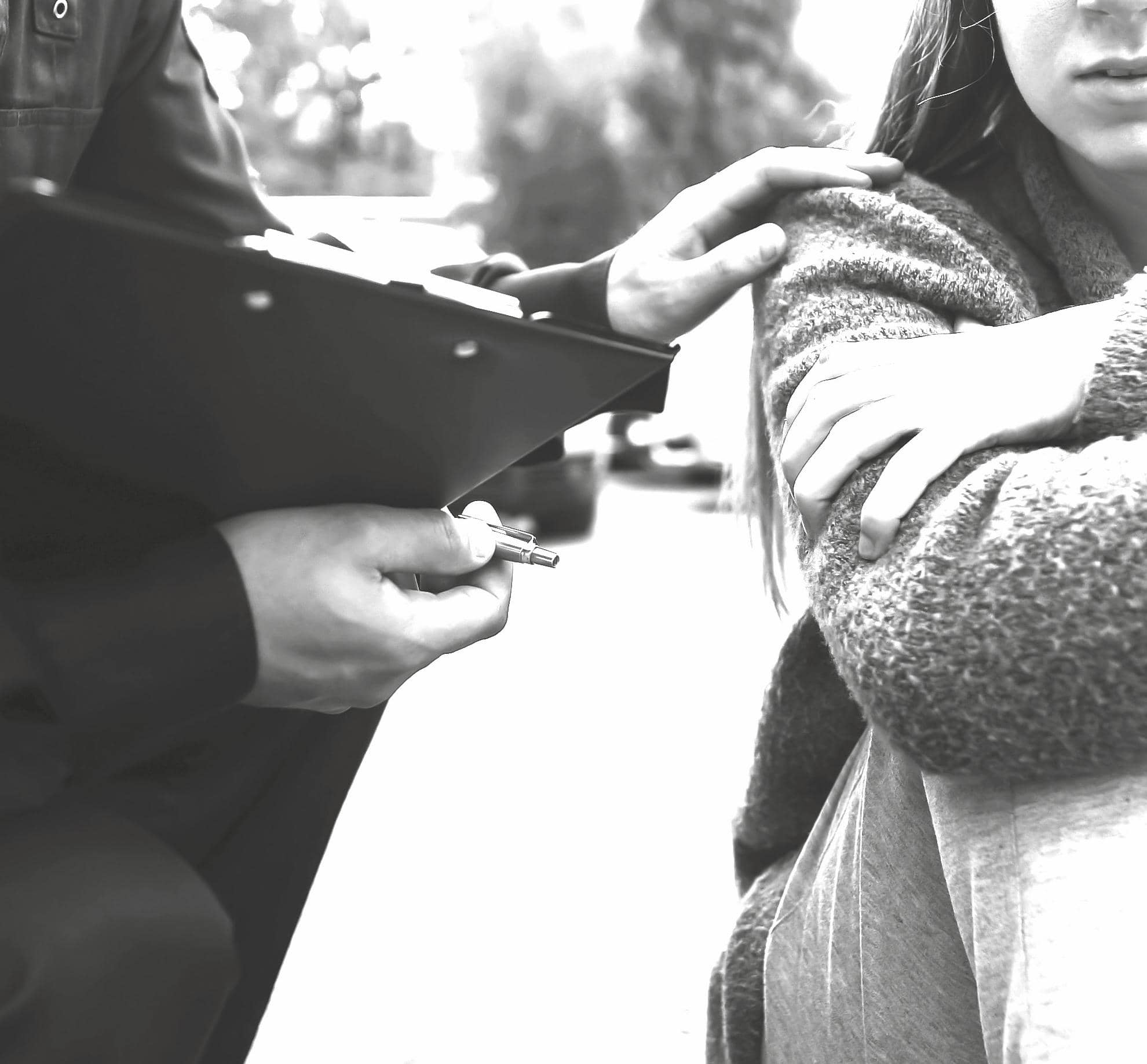 PEOPLE WHO CALL 911 SHOULDN’T GET AN ILL-TRAINED POLICE OFFICER, ESPECIALLY WHEN THEY’RE DEALING WITH A MENTAL HEALTH EMERGENCY.

“PLEASE JUST SEND one police car, please don’t have your weapons drawn, please take him to the hospital.” These are the words that many families with a mentally ill loved one have learned to say when crisis strikes. Sabah Muhammad and her siblings have spoken them several times since 2007, the year her brother was diagnosed with paranoid schizophrenia. He had been a standout student and star running back at his high school near Atlanta, but everything changed around his 18th birthday. “He would become catatonic, barely moving, just staring into space,” Sabah explains. “Sometimes he locked himself in his room for weeks, refusing food, except to come out of his room at 3 a.m. to make toast that he blackened to carbon ‘to get the poison out.’”

Mute and malnourished, he would not allow family to take him to a psychiatrist—but he desperately needed help. The only option in the Muhammads’ Atlanta jurisdiction was a 911 call to report a psychiatric emergency, which tended to bring the police, multiple squad cars with lights flashing, and the ominous specter of armed agents encountering a young black man in a delusional state. So Sabah and her family would call the police, and pray.

The data justify their dread. Between 25 and 50 percent of all people killed annually by police are in the midst of a mental health crisis when they’re slain, according to a report by the Treatment Advocacy Center (TAC), a Virginia-based nonprofit dedicated to improving treatment for people with serious mental illnesses.

NATIONWIDE, A PERSON with a psychotic illness is 16 times more likely to be killed during a police encounter than a person without such a condition. And even encounters that do not end in death have dire consequences such as violent confrontations, arrests, and incarceration.

Police are often the first responders because there is no one else who can attend to a person in crisis. “I don’t think we have any option but to be social workers, marriage counselors, coaches,” Joann Peterson, a retired New Haven police captain, told the Connecticut Mirror in June. At the same time, having police on the front lines of such incidents wastes community resources, overburdens law enforcement, and, when things go badly, criminalizes severe behavioral disruption due to illness.

THE ANSWER TO such tragedies seems obvious: reduce encounters between police and people with mental illness or, at least, change their nature. “Cop culture has always been, ‘We’re the people who respond to a crisis, jump out of the car, and take immediate action,’” New York Police Department Assistant Chief Matthew Pontillo told colleagues at a Police Executive Research Forum in 2015. “And we’re saying, ‘No, that’s not the correct paradigm anymore.’” While wholesale replacement of police officers with social workers is unrealistic, there are police-based programs that respond humanely to people who are in crisis.