Regulate Use of Force 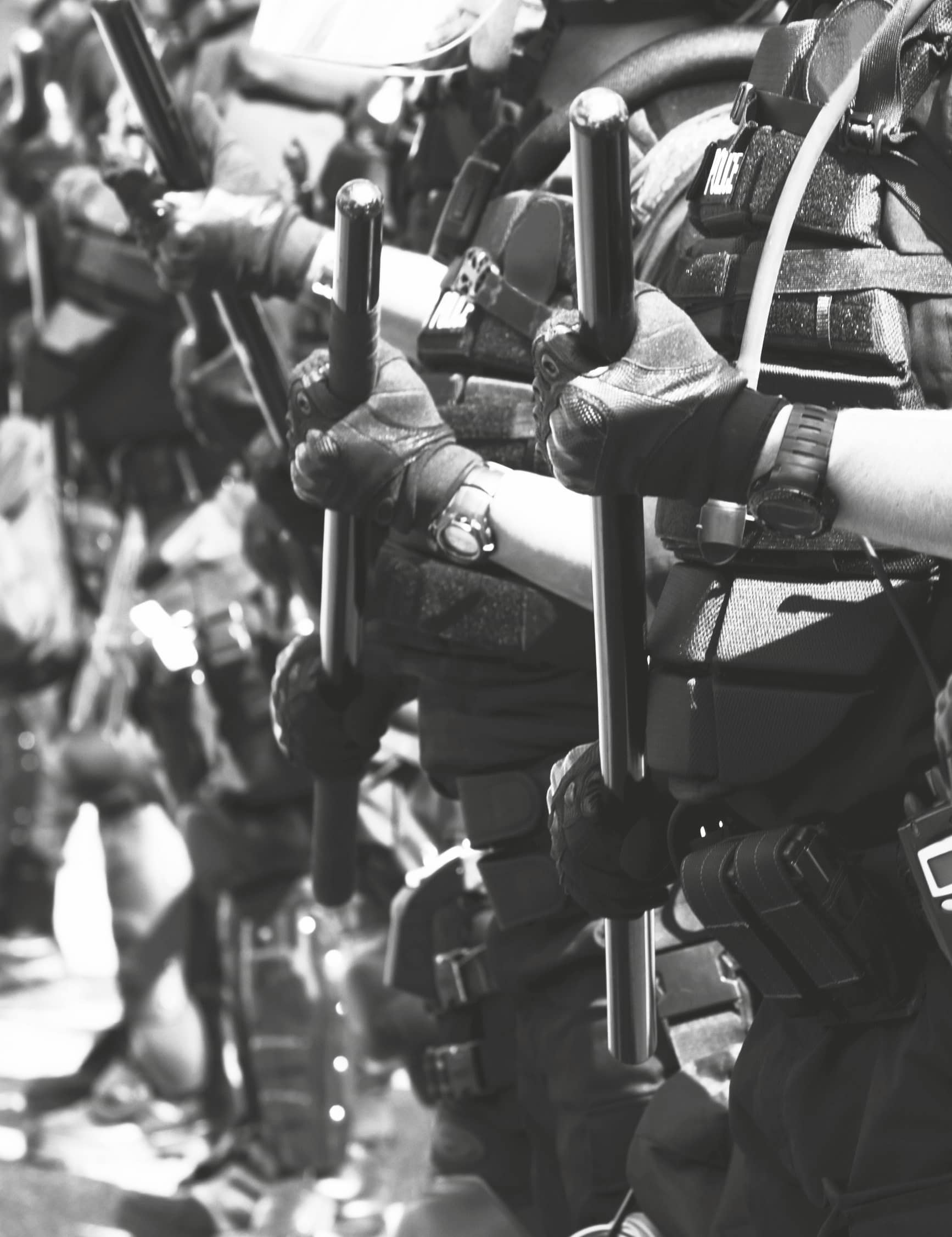 “WHEN YOU’RE CONDITIONED TO BELIEVE THAT EVERY PERSON... POSES A THREAT TO YOUR EXISTENCE, YOU SIMPLY CANNOT BE EXPECTED TO BUILD OUT MEANINGFUL RELATIONSHIPS.”

“Through a combination of specific legislative acts, departmental procedures, monopolistic default, and the general effect and aura of the laws they enforce, police have come to a point where, to one degree or another, they are above the law. Not only may (and do) and must police squash rights within the law, but, the degree depending on circumstances and motive, they may also do so outside the law.”

“THE COPS: HEROES OR VILLAINS?”

AS TENS OF thousands of Americans marched through the streets following the police killing of George Floyd in Minneapolis, city councils, state legislatures, and Congress all wrestled with how to address protesters’ demands for an end to police brutality. One problem is that the standards for how and when police can use force on someone are complicated, and strong-sounding reforms have a funny way of getting neutered at the street level where day-to-day police interactions occur.

New York City banned police from using chokeholds, for instance, but that didn’t stop New York Police Department (NYPD) officer Daniel Pantaleo from killing Eric Garner in 2014. Cities spent money on implicit bias and de-escalation training in the years following the rise of the Black Lives Matter movement, but Floyd still died with a knee on his neck. The number of fatal police shootings has hovered around 1,000 per year since 2015, according to a database created by The Washington Post.

Yet there are concrete policy changes that, taken together, could improve policing and reduce excessive force incidents.

DEFINING THE CONTINUUM OF FORCE

ONE OF THE most pressing demands from activists is to change departments’ use-of-force policies, which govern how and when police can initiate force against a person. Every department has its own procedures manual, and traditionally law-makers and courts have been loath to second-guess how police do their job.