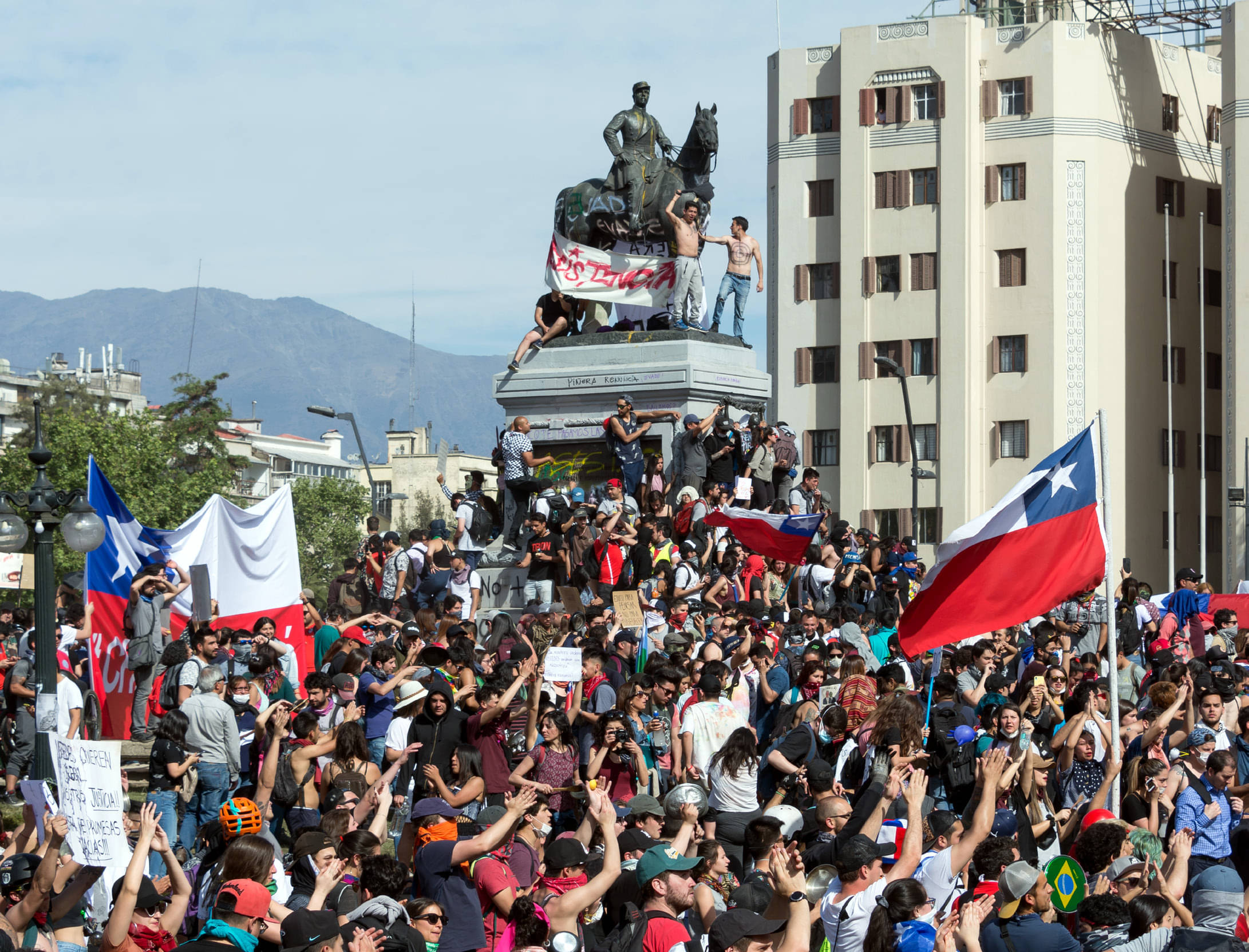 When The Chilean government announced on October 4 that it was hiking subway fares by roughly 4 cents in the capital city of Santiago, high school students started jumping turnstiles en masse.

Adults soon joined in, sparking protests that have injured more than 2,500 and killed 20.

Protesters have set subway stations on fire. They have looted grocery stores. And some have even raided La Asuncion, a Catholic church, dragging pews and statues of Christ into the streets and incinerating them. Many protesters are using cacerolazo, or the banging of pots and pans, a form of protest spawned in 1971 by food shortages during President Salvador Allende’s administration.