HOW FREDERICK DOUGLASS DESTROYED JOHN C.CALHOUN WITH THE POWER OF JOHN LOCKE 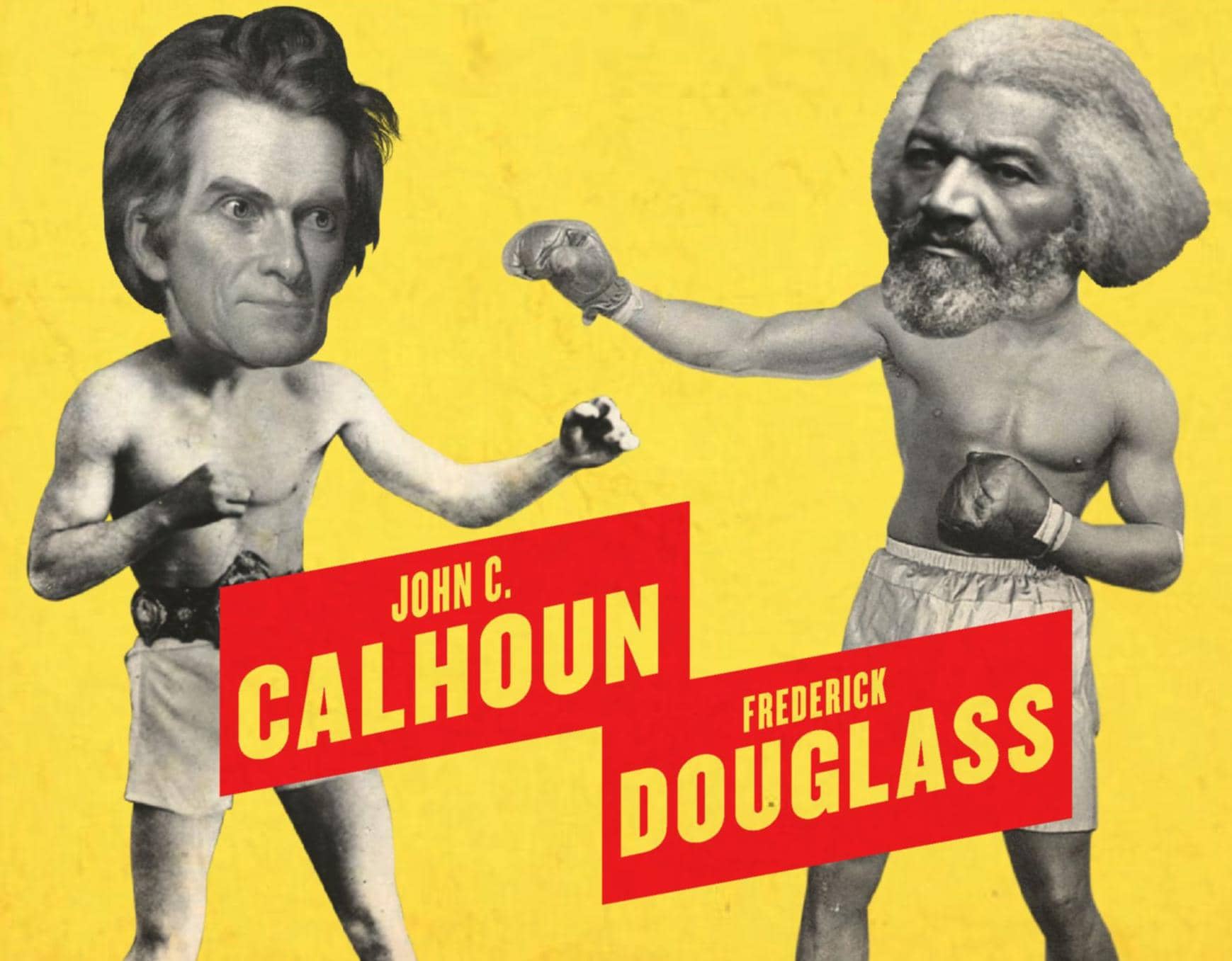 ARMED WITH THE CONSTITUTION, THE DECLARATION OF INDEPENDENCE, AND THE FAR- REACHING GUARANTEES OF LIBERTY AND EQUALITY THAT THEY CONTAINED, DOUGLASS TOOK THE FIGHT DIRECTLY TO THE SLAVEHOLDERS.

Two months earlier, an Ohio senator had presented a pair of petitions sent by citizens of his state “praying for the abolition of slavery in the District of Columbia.” Calhoun had promptly moved that the petitions be rejected. “Congress had no jurisdiction on the subject,” the South Carolina Democrat insisted, “no more in this district than the state of South Carolina.” Weeks of debate ensued.

In his March speech, Calhoun argued that Congress possessed no lawful power to limit slavery anywhere, not even within the geographical confines of Washington, D.C. He held fast to this view despite the inconvenient fact that Article I of the Constitution granted Congress the authority “to exercise exclusive legislation in all Cases whatsoever, over...the seat of the Government of the United States.” Calhoun’s principal argument was not so much legal as it was political. If the abolitionists succeeded in getting Congress to debate the merits of abolishing slavery in the District of Columbia, he reasoned, it would be only a matter of time before Congress got around to debating the merits of abolishing slavery in the states. And for Calhoun, that outcome was to be prevented at all costs.

“No one can believe that the fanatics, who have flooded this and the other House with their petitions, entertain the slightest hope that Congress would pass a law at this time to abolish slavery in the District,” Calhoun observed. So “what then do they hope?” Simply this: that Congress should “take jurisdiction of the subject” and “throw open to the abolitionists the halls of legislation and enable them to take a permanent position.” At that point, “the subject of slavery would be agitated session after session” in Congress, “and from hence the assaults on the property and institutions of the people of the slaveholding States would be disseminated, in the guise of speeches, over the whole Union.”

Calhoun recognized the danger that the abolitionist message posed for the slave system. “The war which the abolitionists wage against us is of a very different character, and far more effective” than merely shouldering a rifle and firing a shot, he argued. “It is a war of religious and political fanaticism...waged not against our lives but our character. The object is to humble and debase us in our own estimation, and that of the world in general; to blast our reputation, while they overthrow our domestic institutions.” The mere act of debating slavery, he feared, would be a deadly loss for his side.

Frederick Douglass and John C. Calhoun disagreed about a great many things, to say the least. Yet on this particular point, the two men reached remarkably similar conclusions. Both recognized the explosive force of abolitionist ideas, and both believed that the abolitionist message, if allowed to spread far and wide, would do lasting damage to both the institution of slavery and to the standing of the slaveholding class. The difference was that Douglass welcomed those results and did everything in his power to bring them about.

“Mr. John C. Calhoun, the great Southern statesman of the United States,” Douglass scoffed, “stands upon the floor of the Senate, and actually boasts that he is a robber!” Indeed, Calhoun “positively makes his boast of this disgraceful fact, and assigns it as a reason why he should be listened to as a man of consequence—a person of great importance. All his pretensions are founded upon the fact of his being a slave owner. The audacity of these men is actually astounding.”

From the outset of his career as an abolitionist, Douglass had made it his mission to undermine the slaveholders and to expose the rank inhumanity of their system. Throughout his speeches and writings, for example, he would describe not only the places where he was held in bondage but also the people who kept him there. But as time wore on, he began yearning to do much more than that. Douglass wanted not only to lay bare the slaveholders’ villainous behavior but to dissect and refute their flawed justifications. He wanted to destroy slavery while making the case for liberty.

Once he got started, Douglass excelled at the job. In response to the elaborate rationales offered by Calhoun and other proslavery intellectuals, he presented a stirring defense of freedom, rooting his arguments in the bedrock liberal principle of self-ownership. “Would you have me argue that man is entitled to liberty? That he is the rightful owner of his own body?” Douglass would insist. “There is not a man beneath the canopy of heaven, that does not know that slavery is wrong for him.” At the same time, Douglass would deliver a cutting legal analysis, as when he forcefully rebutted Dred Scott v. Sandford.

Armed with the Constitution, the Declaration of Independence, and the far-reaching guarantees of liberty and equality that they contained, Douglass took the fight directly to the slaveholders.