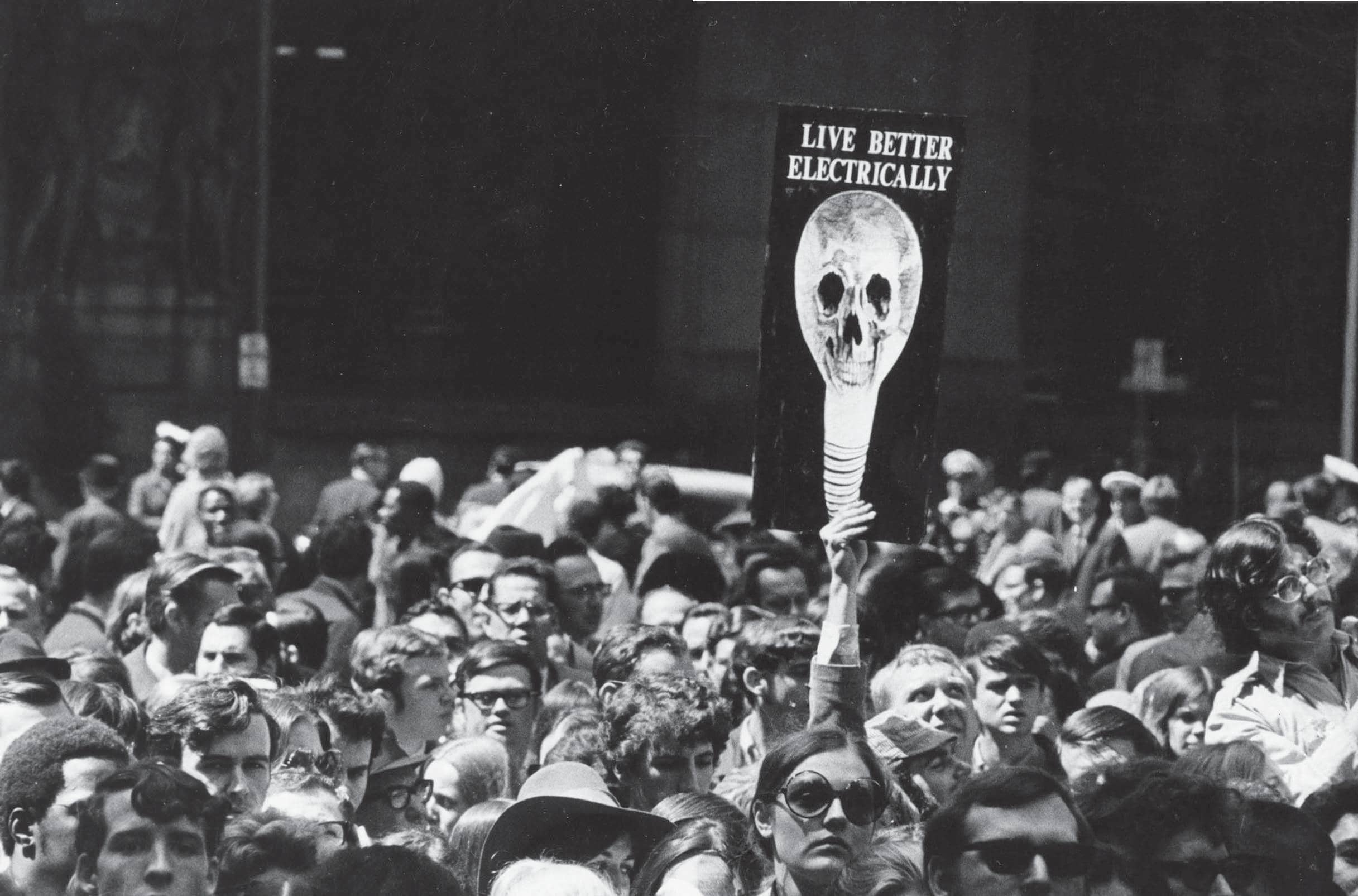 HALF A CENTURY LATER, A LOOK BACK AT THE FORECASTERS WHO GOT THE FUTURE WRONG—AND ONE WHO GOT IT RIGHT

ABOUT 20 MILLION Americans turned out for the first Earth Day on April 22, 1970. Lectures and rallies took place at more than 2,000 college campuses, 10,000 elementary and high schools, and thousands of other places across the country. Forty-two states adopted resolutions endorsing Earth Day, and Congress recessed so that legislators could participate in the activities in their districts. It is sometimes described as, up to that time, the largest public demonstration in history.

The lectures and literature surrounding the event featured lots of dismal predictions about the future. One such compendium of doom was The Environmental Handbook, whose cover noted that it had been “prepared for the first national environmental teach-in.” Commissioned by the group Friends of the Earth, the book preached the perils of rising population and imminent depletion of nonrenewable resources. Many of its contributors—let’s call them the Catastrophists—warned that even such drastic actions as halving the number of human beings and stopping economic growth completely might not be enough to prevent the imminent ecological cataclysm.

A different group of researchers believed that while economic growth and technological progress had created some ecological problems, these things also would be a source of solutions. Let’s call these folks the Prometheans. The economist Theodore Schultz argued in the Bulletin of the Atomic Scientists in 1972 that the expansion of modern agriculture would free up more land for nature. Other proponents of this more sanguine outlook included the oceanographer Cy Adler, the economist Christopher Freeman, and Nature editor emeritus John Maddox, author of the 1972 book The Doomsday Syndrome.

Today, the Earth Day Network hopes a billion people across the world will participate in Earth Day 2020, where the 50th anniversary focus will be on man-made climate change. Living as we do in the future that the Catastrophists and the Prometheans were forecasting, now is a great time to look back at the claims made five decades ago. Which side had the abler prophets?

IN HIS CONTRIBUTION to The Environmental Handbook, an essay called “The Limits of Adaptability,” the biologist René Dubos claimed that “the dangers posed by overpopulation are more grave and more immediate in the U.S. than in less industrialized countries. This is due in part to the fact that each U.S. citizen uses more of the world’s natural resources than any other human being and destroys them more rapidly, thereby contributing massively to the pollution of his own surroundings and of the earth as a whole.”

Handbook editor Garrett De Bell’s essay claimed that over-population was the biggest reason for mankind’s increasing use of pollution-causing energy sources. While “population control will take time,” De Bell argued, we could get a start on a solution “by ceasing to use power for trivial purposes.” Specifically, the prices for energy supplies should be so scaled as to discourage people from using such “abundant luxuries” as blenders, can openers, power saws, mowers, clothes dryers, air conditioners, hair dryers—and cars, of course: “If you wanted to design a transportation system to waste the earth’s energy reserves and pollute the air as much as possible, you couldn’t do much better than our present system dominated by the automobile.”

De Bell also noted that burning fossil fuels was increasing the amount of carbon dioxide in the atmosphere. “Scientists are becoming worried about increasing CO2 levels because of the greenhouse effect, with its possible repercussions on the world climate,” he wrote. Reducing energy use in the U.S. by 25 percent during the following decade could be a start toward “preventing disastrous climatic changes.”

In their contribution to the Handbook, political scientist Robert Rienow and his wife, author Leona Train Rienow, declared that “a New Yorker on the street took into his lungs the equivalent in toxic materials of 38 cigarettes a day.” Although factories and residential heating contributed to urban smog, automobiles were the biggest culprits: “While cars get faster and longer, lives get slower and shorter. While Chrysler competes with Buick for the getaway, cancer competes with emphysema for the layaway. This generation is indeed going to have to choose between humans and the automobile. Perhaps most families have too many of both.”