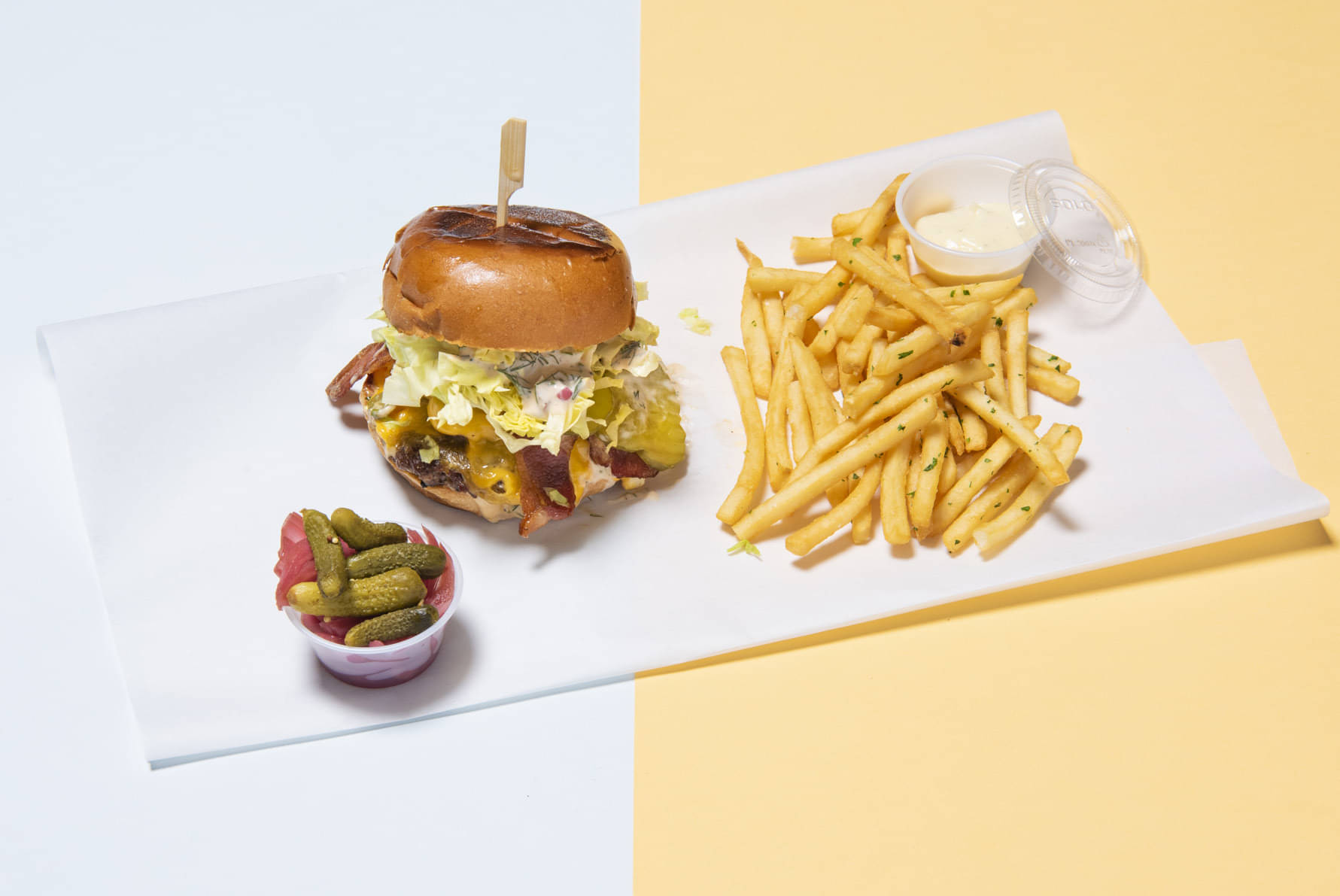 IN THE FACE OF THE GREATEST CHALLENGE IN GENERATIONS, AMERICA’S CHEFS, BARTENDERS, AND RESTAURANT OWNERS ARE REINVENTING THEIR FOOD, THEIR BUSINESSES, AND THEMSELVES.

THIS WAS NOT going to plan. On Monday, March 16, I was supposed to be in Austin, Texas, wrapping up a weeklong event at South by Southwest, where I would have been making Scandinavian craft cocktails alongside some of the top chefs in Denmark. Instead, I was home in Portland, Oregon, essentially unemployed, alone on the patio of a brewery enjoying one last beer before my entire industry ground to a halt.

A few other lasts had occurred at the end of February before I had any inkling of how drastically the “novel coronavirus” would disrupt the hospitality business. My last flight to New York City, which I happened to share with a friend who, upon landing, discovered his phone blowing up with congratulations for his bar’s James Beard Award nomination. Our last extravagant celebration that night, with champagne and exquisite French food and gigantic bottles of rare Chartreuse someone had smuggled over in suitcases from Europe. My last venture into food tourism, taking the Staten Island Ferry out to find lunch in America’s largest Sri Lankan neighborhood.

So many aspects of this ordinary trip seem impossible now: flying on planes, taking public transportation, casually running into friends, and, more than anything else, packing into restaurants and sharing dishes and drinks without the specter of a deadly disease hanging over us. By March 16, it was clear those things would be going away for a long time. The executive order shutting down businesses in the state was still a day away, but Oregonians were already staying home. I’d worked a couple of bartending shifts the week before—two of the slowest and lowest paid of my career.

Those last nights before the executive order I hesitantly visited a few of my favorite bars, torn between a desire to honor the virtues of social distancing and a desire to offer a last gesture of support to friends in my industry. I came up with ways to rationalize the visits: The places were mostly empty. The only people out were other service-sector folks. We all knew our time was up. I imagine it’s what being at Lehman Brothers in 2008 must have felt like if people at Lehman Brothers were covered in tattoos and worked for tips. “See you on the other side,” we said as we parted ways, tapping elbows instead of hugging and having no idea what that would mean.

A few months into life under COVID-19, we’re beginning to figure it out. The combination of state lockdowns and public fear of the virus has gutted the hospitality industry at all levels, taking down businesses of every size and stature. Serving a quality product and cultivating a loyal following is no guarantee of success in the present crisis. Through no fault of their own, many beloved places will shutter forever. But amid the grim news, some of the top bars and restaurants in the country are finding innovative ways to survive. They provide hopeful glimpses into the possible future of a drastically altered dining culture.

THERE’S NO SUGARCOATING it: The COVID-19 pandemic has devastated bars, restaurants, and other hospitality businesses, driving unprecedented levels of unemployment. The economic shock is difficult to fathom. Prior to the current crisis, the highest number of unemployment claims filed in one week in the United States was 695,000. In the last week of March, claims exceeded 6 million. By mid-May, more than 36 million Americans had filed, a grim statistic that still undercounts the damage. No industry was hit harder than leisure and hospitality, which shed at least 8 million jobs—nearly half the sector—in just two months.

In various states and cities, restaurants were forced by emergency shutdown orders to cease all on-premise service. Many business owners made the decision to shut down independently for the safety of their guests and employees. And politics aside, consumer demand fell drastically as awareness of the pandemic took hold.

Predictions for the year ahead in the restaurant business are dismal. A James Beard Foundation poll of 1,400 predominantly small and independent restaurants found that nearly 40 percent had closed at least temporarily and that only 20 percent of owners in jurisdictions that had shut down felt confident they could remain solvent. Industry observers predict that a quarter to half of bars and restaurants won’t survive.

Government responses have focused on providing aid to workers. In March, the federal government passed a temporary boost to unemployment benefits. It also implemented the Paycheck Protection Program, a federal fund aimed at keeping workers on payroll.

Less has been done to ensure the viability of small businesses; slow response times and inadequate funding excluded many from the initial round of Paycheck Protection Program loans, which favored larger chains. And the relief that was available wouldn’t be enough for the long term: Businesses were going to need to find ways to make it on their own.

FROM HAUTE CUISINE TO HAMBURGERS

AARON BARNETT IS the chef-owner of St. Jack, a French bistro in Portland, which in current conditions means he’s also the chief dishwasher and prep cook. Prior to the official statewide shutdown, he made the difficult decision to lay off most of his staff and transition into takeout. Unfortunately, meals that work well in a dining room often don’t translate to delivery.

“A lot of French food doesn’t travel well,” Barnett says. “You can’t serve an emulsified sauce and expect it to be good after 25 minutes in a car.” Instead, more casual menu items, such as the hamburger and frites or the fried chicken sandwich, are leading sales. “I don’t know when St. Jack became a burger joint, but we’re selling a lot of burgers now.”

Barnett also looked into how restaurants serving other cuisines package their takeout so he could adapt the practices to his own cooking. Vietnamese pho, often delivered with the broth in a separate container for the customer to reheat at home, inspired Barnett’s own takeout pot-au-feu, a French stew. “I made a porcini consommé that you can boil and pour over the top,” he says. “It’s tough coming up with fun dishes like that, but they work out really well.”

Barnett isn’t the only high-end chef unexpectedly flipping burgers these days. In mid-May, René Redzepi of Copenhagen’s Noma—frequently named the best restaurant in the world and a pathbreaking leader in New Nordic cuisine—announced that Noma would temporarily reopen as an outdoor wine garden and burger bar. You see it, too, at Portland’s Gado Gado, a Beard-nominated Indonesian-Chinese restaurant that has won national acclaim for its rijstaffel, an elaborate family-style feast of curries and sambals. Gado Gado has morphed into Oma’s Takeaway, where diners pick up bags of “Asian stoner food” such as the “Omazing Burger,” a burger accented with Asian touches like coconut-herb butter and a side salad of pickled papaya.

Some of these changes simply reflect the need to serve food that travels well for takeout or delivery, but even as restaurants gradually reopen to diners, they will face pressures that limit the potential for high cuisine. Restaurateur and Top Chef judge Tom Colicchio predicts a “dumbing down” of restaurants and a move toward comfort food. That can still be delicious, of course, but it will favor certain kinds of dishes—burgers, pizza, barbecue—over labor-intensive preparations that require a full dining room to be economically viable.