Against the New Nationalism 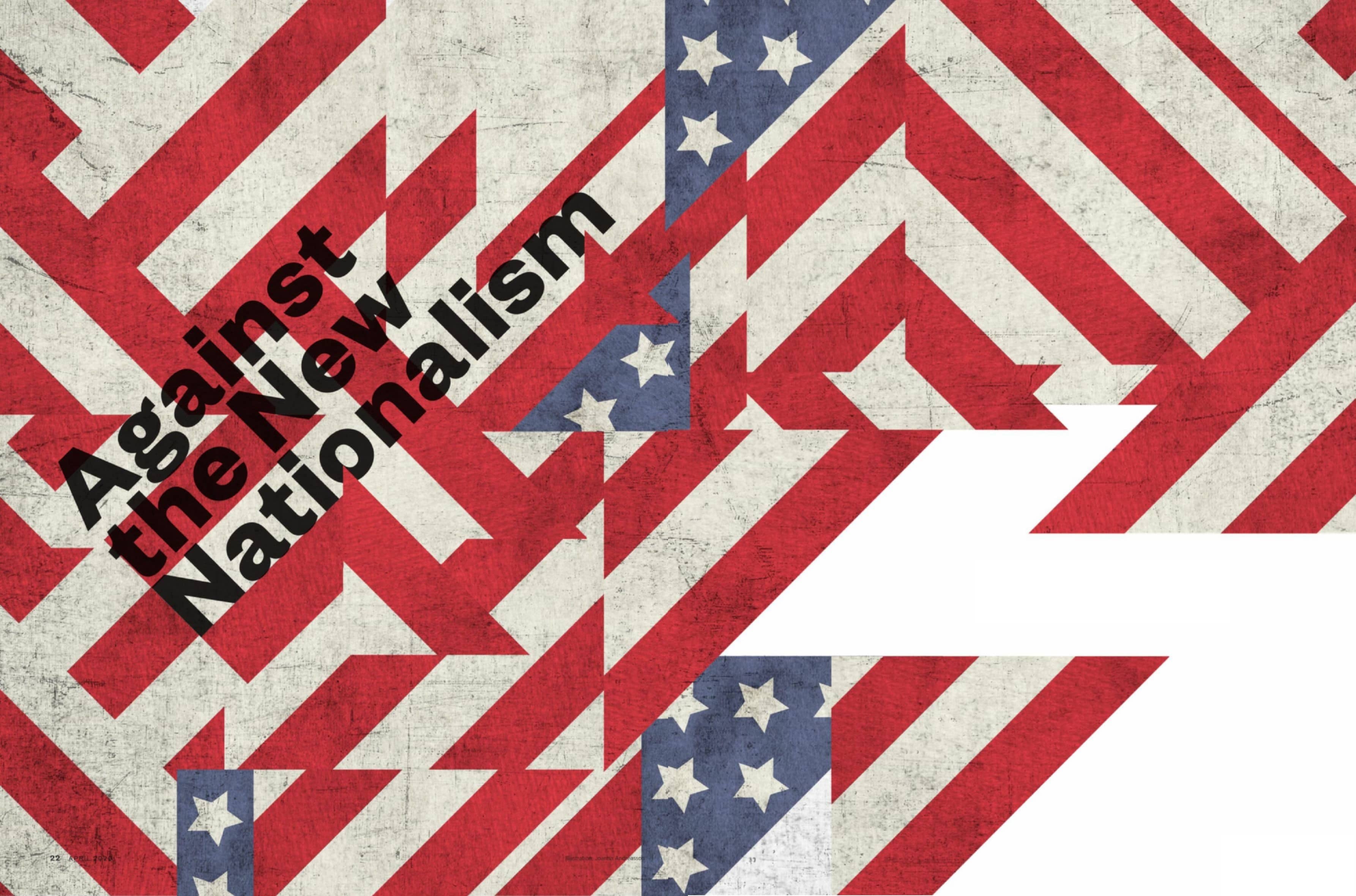 “Nationalism is not to be confused with patriotism,”

George Orwell wrote in 1945. “Both words are normally used in so vague a way that any definition is liable to be challenged, but one must draw a distinction between them, since two different and even opposing ideas are involved.”

In The Case for Nationalism (Broadside Books), Rich Lowry has decided, rather boldly, to go up against Orwell and stake out the inverse position: To be a nationalist, he says, is merely to feel a glow of pride in one’s country, to recognize it as possessing a particular cultural character that differentiates its citizens from all others, and to insist on its sovereignty in the face of crusading outside forces. Nationalism and patriotism, in other words, are essentially interchangeable.

The exemplar for Lowry is thus Joan of Arc, the legendary French teenager who, in the 15th century, helped drive the British army from her country before being captured and burned at the stake. “Joan both expressed the national identity of France—a chosen people ruled by ‘the most Christian’ king and inhabiting their own distinct land—and came to represent it,” the National Review editor writes in his new book.

The United States is not, of course, at risk of invasion by England or any other country on Earth. But in Lowry’s view, our national unity is under attack from both without and within. The rise of “neo-imperial” governing institutions such as the United Nations and the International Criminal Court threatens to usurp Americans’ right to self-determination. Meanwhile, a bevy of leftist scholars—the late Howard Zinn figures prominently— employ revisionist history and identity politics to seed discord and disdain among the people.

Lowry’s post atop the National Review masthead, and his pedigree as the hand-picked inheritor of William F. Buckley Jr.’s job, have long made him an avatar of respectable, mainstream conservatism. So his choice of Joan—a literal saint in the eyes of much of the world—is no accident. It’s strategic, meant to reinforce the notion that his is a righteous nationalism, in contrast with the more noxious forms so often seen in history. Indeed, Lowry is one of a handful of influential conservatives who have begun working to rehabilitate the nationalist brand by arguing that it need not, after all, be associated with racism, fascism, or military conquest.

“There is such a thing as a benign—even a salutary— nationalism,” explained Gabriel Schoenfeld in the September/ October 2019 issue of The American Interest. “A nationalist politics that seeks to shore up [our fraying common] identity would not be illiberal in any meaningful sense of the word,” averred W. James Antle III in the January/February 2019 issue of The American Conservative. “I am persuaded that there are perverse forms of nationalism,” declared F.H. Buckley in the Fall 2019 issue of Modern Age, “but as an American nationalist I needn’t take any interest in them.”

Clearly, these thinkers seek to polish nationalism’s image, rubbing away the negative connotations that have tarnished it over time to reveal the valuable material underneath. (“The allergy to nationalism and the belief that it should be dismissed and resisted are based on widespread misperceptions,” Lowry writes. “It isn’t based on hatred, instead on love: our affection for home and our own people.”) Yet it’s worth asking whether a revived nationalism can, in actual practice, resist corrosion.

There is little in history to instill optimism on that count and nothing to suggest that those who would take hold of a newly burnished nationalist ideology plan to use it for liberal purposes. Whether or not they intend as much, Lowry et al. are empowering a dangerous anti-individualism. National sentiment may be necessary and good, but the nationalist policy is coercive by definition—a rejection of the very cultural values that make America worth loving in the first place.

NOT A BENEFICENT FORCE

CONFLICT AND REPRESSION predate the emergence of the modern nation-state, Lowry points out early in his book. Just look at the Mongols!

This is obviously true—but on its own, it does not come close to proving that nationalism “is not inherently militaristic, undemocratic, or racist,” as he claims, let alone that “nationalism has done more to promote peace than war.”

Lowry acknowledges that “an extreme or authoritarian nationalism (usually the same thing), as well as a nationalism of unquenchable grievance (also often associated with authoritarianism), is dangerous.” Still, he thinks a world of proud and independent nation-states is better than what came before. “Tribalism tends to be red in tooth and claw,” he writes.

He doesn’t appear to consider that nationalism is a species of tribalism, which is why it so often itself turns bloody.

This is in keeping with the habit of today’s nationalists to define away one of the most widespread fears inspired by the word. By insisting that authentic nationalism respects the right of other peoples to rule themselves, they’re able to tidily conclude, as Lowry does, that the “constant source of war throughout history isn’t nationalism but its opposite: the quest for dominion.” If nationalism does go wrong, it must be because it was “tainted with malign influences.”