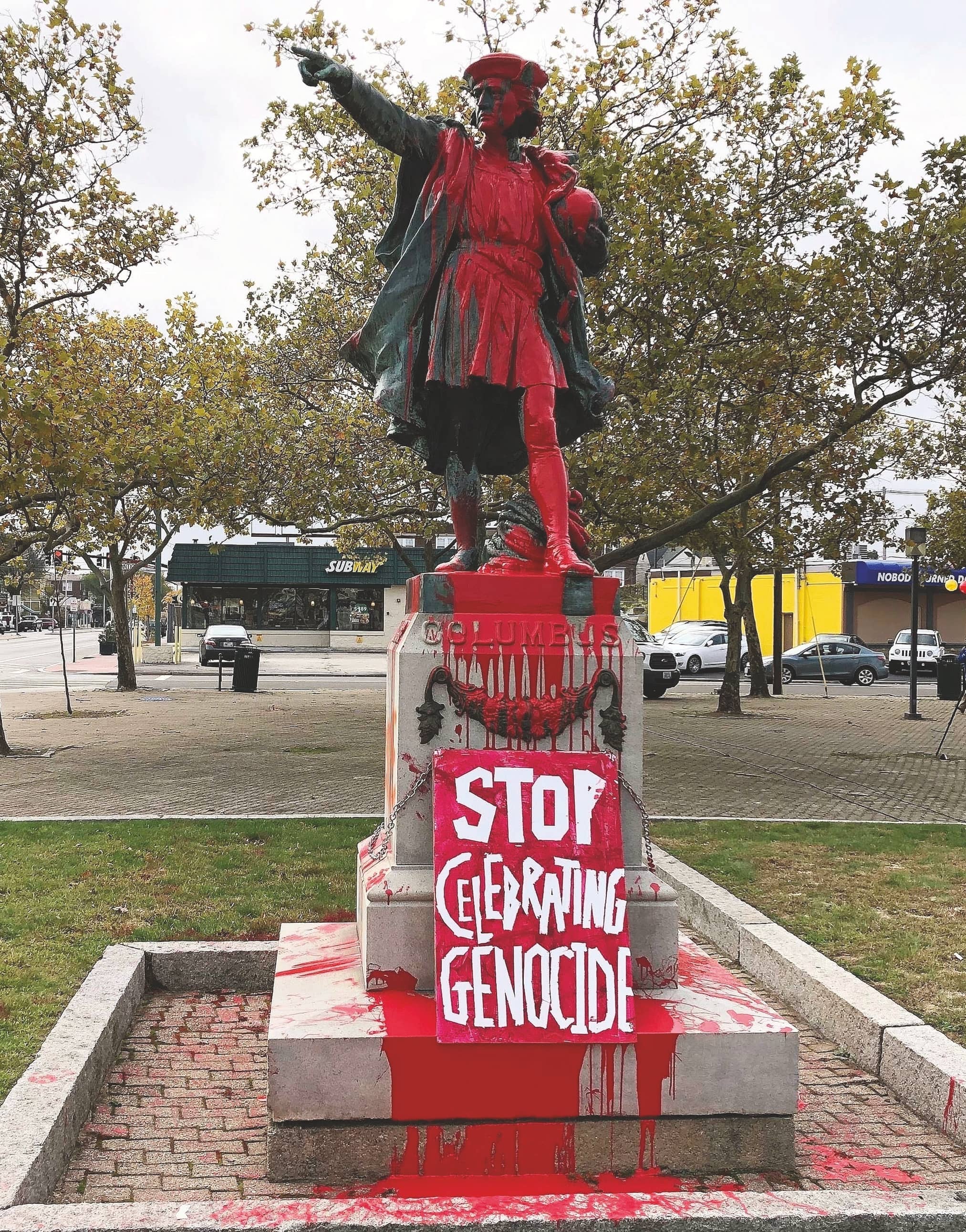 WHY DO PEOPLE PULL DOWN STATUES?

PROTESTERS WHO PULL down statues are usually not content with removing the inanimate metal or stone object from its pedestal. They berate it, ridicule it, hammer it; they try to set it on fire; when that doesn’t work, they’re liable to behead it or dump it in a river to drown. Then the authorities retrieve it, as though fishing a corpse out of the lake. They crate it up so it can do no further harm, ship it to a statue internment facility, and forget about it forever.

Sympathetic accounts of the process make it sound quite rational. A statue of a Confederate general or a slave-owning president or Christopher Columbus, looming at you above the public square, might, especially if you are black or Indigenous, make you realize that the people who run and adorn your city aren’t like you. In fact, they make heroes out of the sort of people who oppress people like you, and they create a built environment where you might have to make your way through your oppressors’ distorted, self-serving interpretations of history every day on your way to the bus stop.

That would be a reason to go to the city council and urge members to hold some hearings on removals and replacements. Screaming at a statue, slapping it around, and then beheading it suggest another level of rage—and another level of interpretation. The statue has come to be identified with the person it represents. Ridiculing the hunk of bronze is ridiculing the represented person and attacking everything that, in turn, that person seems to mean. Traditionally (in the French Revolution, for example), pulling a statue offits pedestal is symbolically overthrowing or expunging the leader or ruler it depicts. One of the first things American soldiers did when they got to Baghdad was pull down the colossal Saddam Hussein. Reporters and television crews covered the toppling of the statue obsessively; it may be the best-remembered image of the Iraq invasion. Overthrowing Hussein and pulling down his statue didn’t seem to be clearly distinguished in anyone’s mind.

Monuments are often fated to become effigies, their destruction a premonition of the fall of the leader and the transformation of his symbolic order. In other cases, the destruction of the monument is a reenactment of the death or dismemberment of the leader that has already taken place, a way of killing him over and over even if he died in his sleep, as in the fate of thousands of statues of Stalin after the fall of the Soviet Union. Robert E. Lee is dead, but that doesn’t mean we shouldn’t kill him again (and again) in his images. What was “he” doing still hovering over the city of Richmond in 2020, anyway?

President Donald Trump’s response to this has also been traditional, indeed ancient. Appearing on Independence Day in front of one of the world’s largest sculptures, he said: “Today, we pay tribute to the exceptional lives and extraordinary legacies of George Washington, Thomas Jefferson, Abraham Lincoln, and Teddy Roosevelt. I am here as your president to proclaim before the country and before the world: This monument will never be desecrated, these heroes will never be defaced, their legacy will never, ever be destroyed, their achievements will never be forgotten, and Mount Rushmore will stand forever as an eternal tribute to our forefathers and to our freedom.” Then he announced that the “ringleader” of the “attack” on a statue of Andrew Jackson in D.C. had been arrested.