Whose Police Is It Anyway? 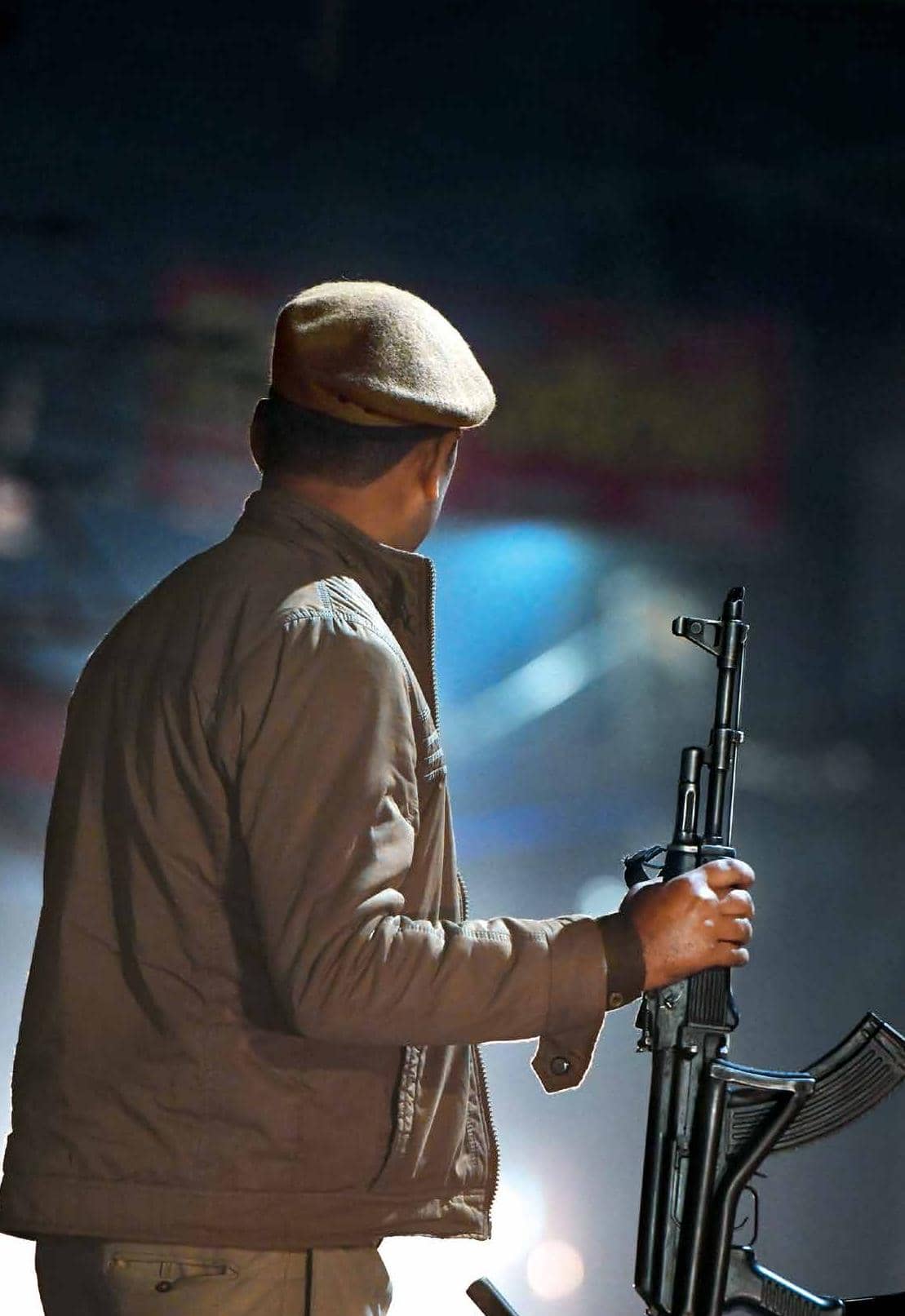 On January 14, the Delhi Police got a few admonitory lessons from Tis Hazari judge Kamini Lau.

“Have you read the Constitution?” Lau asked, as she tore into them for arresting Bhim Army chief Chandrashekhar Azad in connection with anti-CAA protests, and for behaving as if “Jama Masjid is in Pakistan”. (She granted him bail the next day—although clouding the trail a bit by telling him to stay off Delhi and not “interfere” in its elections.) The focus here, however, is not Azad. It’s how the police—as an institution, as the most visible instrument of law—seem all too often to occupy a space far away from the ideal. Which is, working for the citizenry, securing their pursuit of legal freedoms in a hugely unequal, violent society. Something else Judge Lau said—that Section 144 of the CrPC cannot be used as an instrument of repression—offers a clue. The structure of power in which the police are embedded is still that of the colonial era, where the people are seen as the enemy.

Scan, in your mind, the images of brute police force in Jamia Millia Islamia, including inside its library. (That this helped ‘nationalise’ the anti-CAA protests only showed what Indians thought of it.) Contrast that with its mute inaction as a masked mob ran amok in JnU. And later, a transparent lack of impartiality as DCP Joy Tirkey listed the accused at a press conference—naming Left-affiliated students (who bore enough signs of being victims in that episode), and a conspicuous silence on the ABVP. Fan out to Lucknow, where the arrest and torture of Sadaf Zafar only crowned charges of a reign of communally motivated brutalities across mofussil UP. Mangalore police in Karnataka invited charges of a similarly violent partisanship.

But the problem is deep-rooted. It lies in a whole history of being used as an instrument of partisan agendas by all parties in power. Think only of the Emergency years—infamous episodes like the custodial torture/ murder of Rajan in Kerala—or the firing on protesting adivasis in nandigram under Buddhadeb Bhattacharya’s Left regime. We go beyond the headlines—and dip into history—to try reveal an intrinsic skew at the heart of Indian policing.

It’s midnight and a group of men is huddled around a bonfire in a bylane in Meerut’s Bhumiya ka Pul. Water in a plastic bottle keeps the men hydrated. Somebody brings tea. When the used paper cups land in the fire, the flames spike. Why are these men out in this January chill? “Apne bachchon ki hifazat ke liye (for our children’s safety).” They chorus. From whom? The police. They allege that the police have been picking up men arbitrarily from the locality since the December 20 clash between cops and anti-CAA protestors. The protests were dealt with a strong hand.

Of 20 people—all Muslims—who lost their lives in the violence, six were killed in Meerut. UP Police denied they fired at protestors, but admitted later that a person in Bijnor died by their bullet. The remaining, they say, died as they fired at each other. Families of most victims say the members fell to police firing. “It’s our people who have been shot dead. And yet it’s we who are living in fear of arrests. Ye kaisa nizam hai? (What system is this?),” asks one from the vigil by the bonfire. 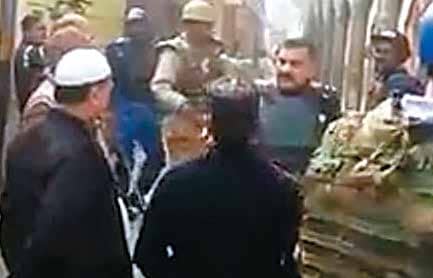 The conversation flows from the most inane to the supremely cerebral. An elderly man says he had always been a chest-thumping patriot. “Lekin ab apnaiyyat nahin lagti (But the country doesn’t feel my own now),” he says. Another man narrates a story of how a relative travelled to Pakistan 40 years ago to meet her relations, but returned angry when a Pakistani customs officer demanded bribes for the goods she was carrying. The story follows a few curses for the neighbouring country.

The need for the gent to mention another country with such strong sentiment in a bylane of Meerut at midnight might hold in it a thousand theories. But there has been a trigger to the mention. Barely a few lanes away and a few weeks ago, a police officer said to the residents of a lane to convey to those wearing ‘yellow and black bands’ (in protest against CAA/NRC) that they could go to Pakistan. Later, he is seen threatening arrest.

In his defence, the officer, Meerut SP (city) Akhilesh Narayan Singh, says some of the men had shouted ‘Pakistan Zindabad’ slogans and then ran into the lane. His words were addressed to them. Singh is a postgraduate in history from Allahabad University and claims to be a staunch adherent of Bhagat Singh. He loves Hindi novels, playing chess, and the winter sun. Asked if he participated in protests as a student, he says he did everything that a normal student would do. “I don’t understand what you can convey by pelting stones. In another instance here, a crowd of 1,500-2,000 people were marching to protest against CAA. I stopped them and implored, ‘Where are you going? What do you want? I am your SP. Talk to me.’ Some of them understood. A memorandum was taken from them and I sent it to the higher authorities. This is how protests should happen,” he asserts. 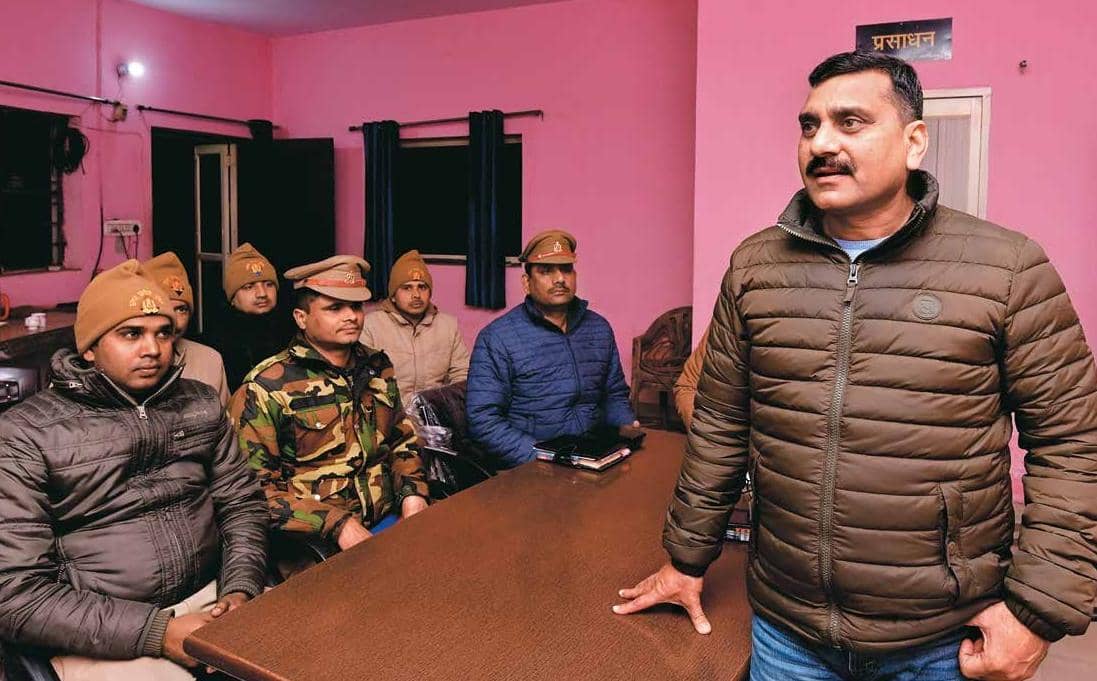 HIS joviality in office is bizarrely anomalous with the sense of distrust vis-à-vis him among a section of people in the district. “I don’t understand why he said those words. Because we are Muslim? And there were 70-80 personnel behind him. Who would have dared to question the vardi (uniform)?” says a resident of the Neecha Siddiq Nagar area, where the officer stopped the march. Another says after the video went viral, the police came and took away the CCTV footage in the area. “Yet they were unable to find any proof of the slogans they claim were shouted.”

Amid the anxiety, there is a household where Mohammed Wasim, 26, shows photos of elder brother Mohsin’s body on his mobile phone. There is a hole on the left of his chest. “He had gone to fetch fodder for the buffaloes but got hit in the police firing. The police are not even giving us the autopsy report,” Wasim says. The SP (city) explains that the report will be given if they apply for it as per procedure.

The mortician’s report is not the only one. Wasim alleges that the family had filed a police complaint that Mohsin was killed in police firing, but never got a copy of the FIR. “And they are now sending mediators to persuade us to drop the case. We are not going to back down. A death of dignity is better than a life of humiliation,” he says.

The cops’ Pakistan slur sounds clichéd, but it had currency earlier in Meerut. “The district used to have frequent riots in the 1980s and there was a perception among the police that it happened due to mischief by Muslims. Amongst themselves, the cops used to refer to Meerut as mini-Pakistan,” says Vibhuti Narain Rai, a retired IPS officer from UP who conducted a study on police neutrality during communal riots.

Looking at past instances from Meerut alone, it appears that UP Police have had a shoddy human rights record. In 1987, the Provincial Armed Constabulary picked up 42 Muslim men from Meerut’s Hashimpura and shot them one by one in cold blood in what became independent India’s biggest case of deaths in custody. Thirty-one years later, 16 personnel of PAC were convicted. In the riots of 1982 too, the police earned notoriety for their role.

The bias towards a particular faith gets further buttressed by reports of the police ransacking Muslim houses and arresting Muslims arbitrarily in several districts in UP during the anti-CAA agitation. Another malaise afflicts the police. “UP Police are madly loyal to the ruling party and change colour at the drop of a hat. It’s more saffron than the ruling party’s saffron now. Under Samajwadi Party, it becomes lenient towards Muslims. Under BSP, it becomes sensitive towards Dalits. They get so aligned to the political cause that justice becomes a casualty,” says a senior IPS officer.

He recalls how UP Police shot down hundreds of youth in dubious shootings in 1982. V.P. Singh was chief minister then and he had given the police a free hand to cleanse the state of dacoits. The officer says the sense of vengeance prevalent in the force today was not seen during previous governments. Is there a cue somewhere? “Agar apradh kar enge to thok diye jayenge (If you commit a crime, you will be shot at),” the current chief minister said in a TV interview, as his government ordered confiscation of properties of people suspected of damaging public property during the anti-CAA protests. For the record, in the first one-and-ahalf years of his government, at least 67 people were killed in more than 1,500 “police encounters”.

Rai feels that UP Police used to be a good force in the early decades of Independence. In fact, it was the first in the country to receive the colours by then PM Jawaharlal Nehru in 1952. “But as politics deteriorated, the police deteriorated too. As the values of the freedom struggle faded from the political landscape, the police too became compromised. The Emergency did great harm to police too, as it did to several institutions, including the press,” he says.

According to Mohammad Sajjad, professor of Indian history at Aligarh Muslim University, the government’s ideological leanings are most reflected in its police. “The police are present on the ground and exercise actual power. So, the ruthlessness of the police is more naked,” he says. From a sociological point of view, Anil Kumar Verma, director at Centre for the Study of Society and Politics, Kanpur, says the government has not been able to change the culture and psychology of the police after Independence. “A caste orientation was added to the force’s imperialist mentality inherited from the colonial rule, most visibly during recruitments under the SP government. A communal orientation got along too. The more factors we add to the existing cultures, the lower our police force goes.”