What The Otter Knows About The Cyclone 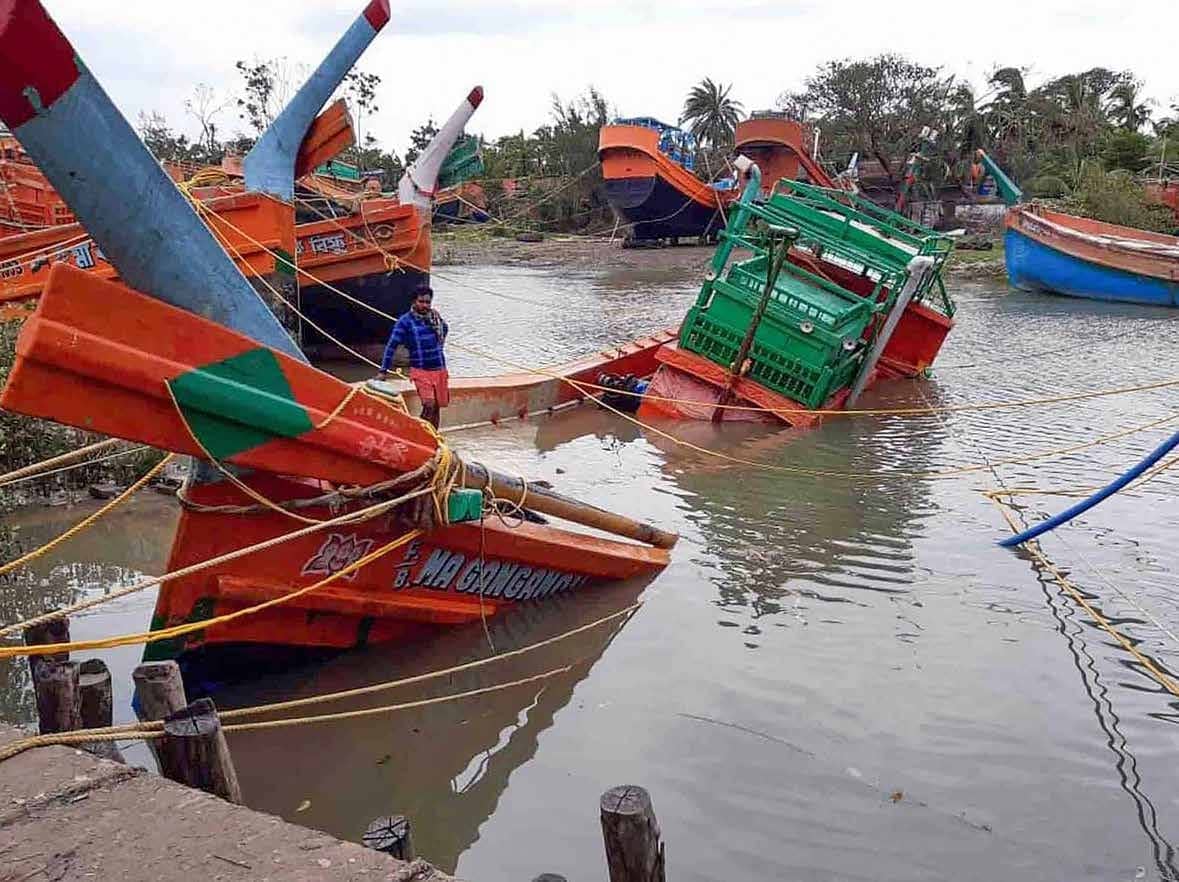 The Sunderbans is safe—as is the tiger. Nature has no intention to create disharmony within itself

Surface reality can often so batter our lifeworld, and so overwhelm our senses, that it’s difficult to grasp a deeper reality. Remember how we were able to think contrarian about the COVID-19 pandemic—over and above our natural species-level dismay—as a chance for nature to heal itself? On May 20 at around 1730 hours, we got another chance to revisit our assumptions as the cyclone Amphan entered over the gloomy expectant skies of Calcutta and its adjoining areas. We know the basics by now. To recap, the formation—an estimated width of 40 km at the eye and 120 km for the whole wall cloud—descended from the south of coastal Digha on the Bay of Bengal, at a speed of 30-40 kmph. Its moist core held the gigantic energy of a superstorm rotating anti-clockwise at a speed of 160-180 kmph, accompanied by gusts up to 200 kmph. It left in its wake a trail of destruction as localities and streets cowered and lay blanketed in darkness as power was switched off to avoid accidents. Soon, water from overflowing drains merged with the street to resemble one large stream of gushing water. It had rained a full 244 mm in approximately five hours.

Now let’s zero in on a key site: the Sunderbans forest, 120 km south-south-east of Calcutta. As a peripheral human habitat, it was as exposed and vulnerable (if not more) as the city and its suburbs to the huge cyclonic core of Amphan. But as a natural barrier, it took the full brunt as it checked the speed of the cyclonic formation. This is as was to be expected. In seasonal low-pressure situations, gusty winds and thunderstorms approach Bengal from the south over the Sunderbans in a unidirectional path; so the mangrove forests act as efficient wind-breakers.

The havoc that Amphan caused to Calcutta is there for all to see. But what drama or tragedy was taking place in those mangroves—the arcane depths of Sunderbans? The sparse human settlements there were torn asunder. But what about its other denizens? After all, it’s home to the largest and most dangerous crocodile in the world, the Crocodylus porosus, and the heartbeat and pride of any Indian forest, the charismatic tiger!