Walking Into The Light 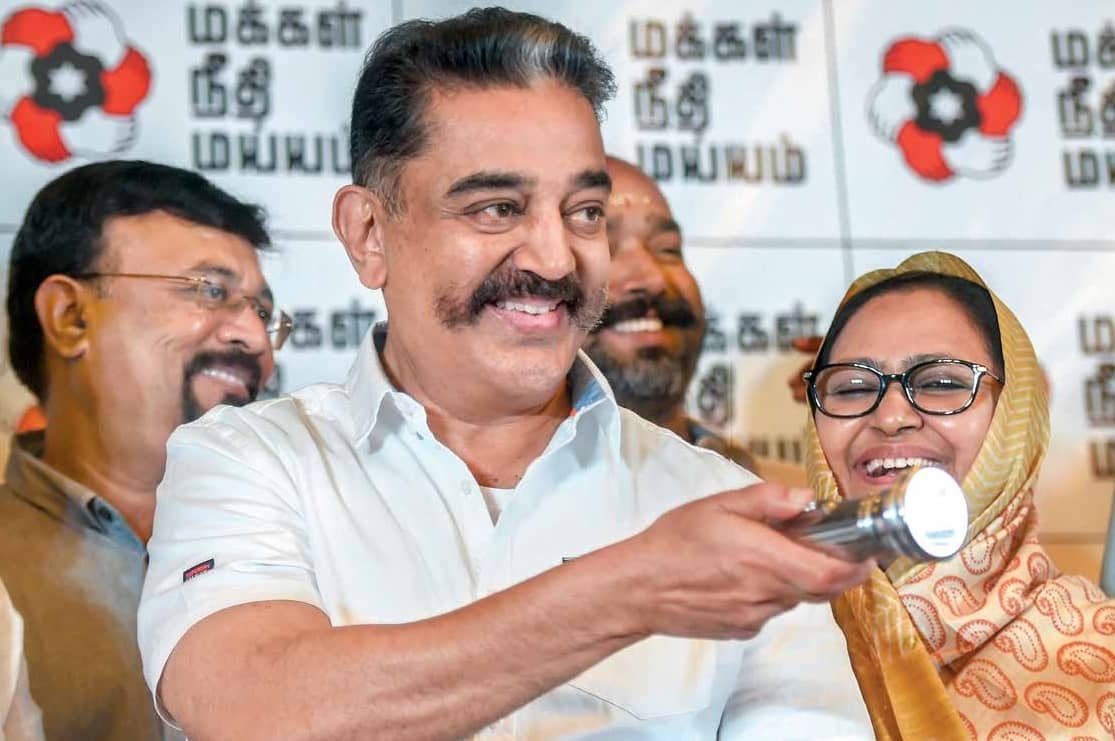 Kamalahaasan sails singly into the Lok Sabha scrum. Actor­ politicians are a fading lot in TN.

YOU can take away the politi­cian from the actor but never the actor from the politician. Kamalahaasan, the latest entr­ant to the galaxy of actor­ tur­ned­ politicians from Tamil Nadu, proved the Maxim on March 24. At a public meeting in Coimbatore where he released his party’s manifesto and its list of candidates for the Lok Sabha polls, the stage was T­shaped—the vertical part being a long ramp on to which the leader made his appearance.

As he walked the ramp, waving away at the large crowd, Kamal the star inhab­ited that cinematic moment with practised ease. The politician in him played out two hours later as he used the large screen on the backcloth to tear into the shortcomings’ of the BJP and AIADMK governments, terming even the DMK and the Congress as “products of unh­oly alliances”.

A year after he launched Makkal Needhi Maiam (MNM) and got the election symbol of ‘torch light’ allotted to it, Kamalahaasan has made a bold sally— taking on the two Dravidian majors and their alliances almost all alone. With only a small Dalit party and a farmer’s outfit for electoral company (in Andaman & Nicobar Islands, the MNM would sup­ port the Trinamool candidate), he has fielded candidates in all 39 Lok Sabha seats of the state and in the 18 assembly bypoll seats as well. In his election manifesto, Kamal has announced 50 per cent reservation for women in jobs, equal pay and large share of profit for farmers. Juxtaposed with Tamil Nadu’s biggest movie idol Rajnikant’s political modesty (After stating his intent to enter politics, Rajni is yet to announce his party’s name), Kamalahaasan’s chutzpah stands out. When you take this with his decision not to contest the Lok Sabha polls himself, the venture seems to be straining credulity.