To Be Worthy Of Konark 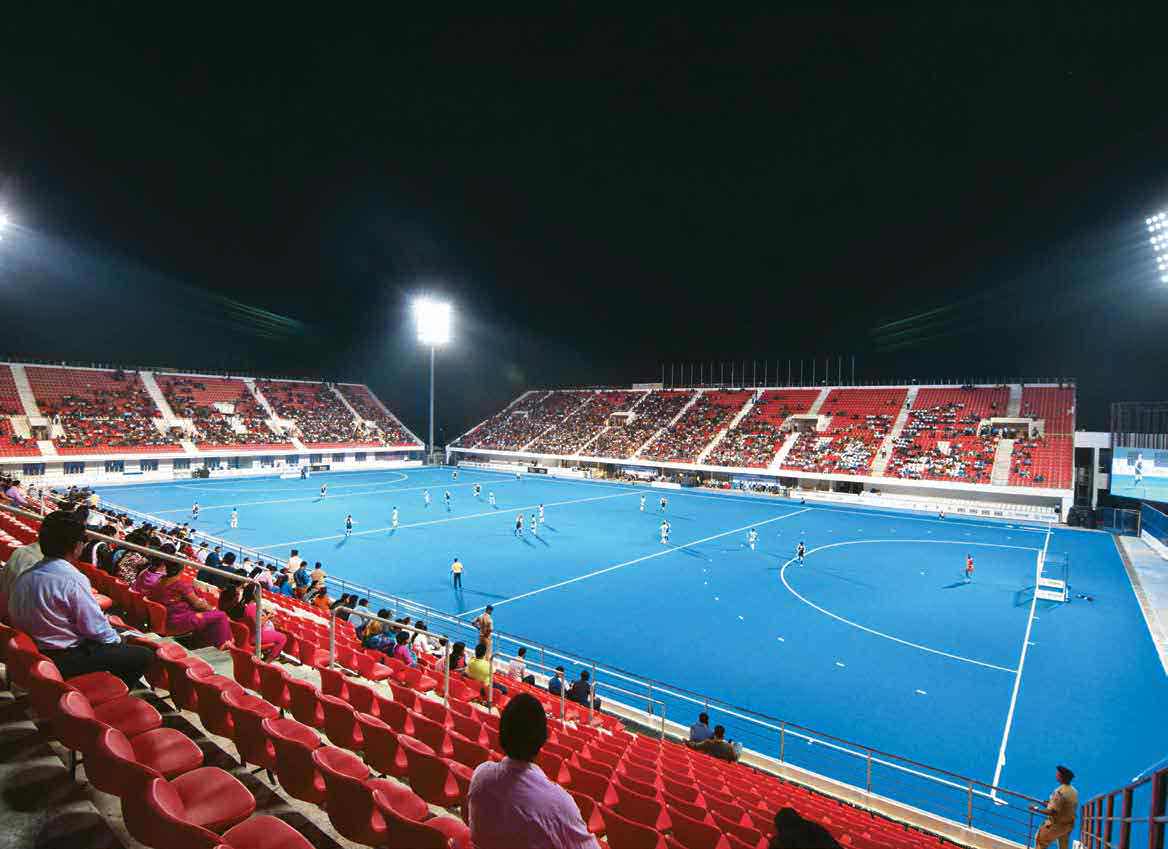 A shadow flits over the grandly conceived hockey World Cup in Bhubaneswar.

It will be the biggest, and grandest, hockey World Cup ever. As many as 16 teams, inc­luding host India, will be competing for the gold­and­silver trophy standing 650 mm tall and weighing 11,560 gms. And, going by the preparations afoot in host city Bhubane­swar, the event is going to be the most colourful, too, of the 14 previous editions. From the 14,800 seats—painted incarnadine—of the Ka­ linga Stadium to its ‘signal blue’ artificial play­ ing surface, the Odisha capital is soaked in col­ ours splattered from an orderly paintbrush. All that has come at a cost to the Odisha excheq­ uer—Rs 82.5 crore, the tournament’s budget.

The slow drumbeats leading up to this spectacle worthy of its name cast its net farther than at fans of a marquee tournament, or the famously pas­sionate fans of the sport in Odisha. Of course, the state government, Hockey India and the Interna­tional Hockey Federation (FIH) do want to har­ ness, and encash, Odisha’s rich sports culture—fan zones, with giant screens on which matches will be shown live, are being installed in all 30 districts. The Odisha Tourism Development Corporation, headed by former India hockey captain Dilip Tirkey, is also keen to cash in on World Cup tour­ ists. Even a sports literary festival, which attracted some very prominent sportspersons, like athlete Ben Johnson, cricketer Jeff Thomson, hockey legend Ric Charlesworth and Olympic swim champion Stephanie Rice, was organised as part of the build­up. This is a high­profile global event held in Odisha, and chief minister Naveen Patnaik is determined to make a show of it.

Naveen, say experts, has a lot at stake: the World Cup, mind you, comes just months before assembly elections in Odisha. And he would certainly use the goodwill generated by a popu­ lar World Cup for political gain.