The Deluge That United 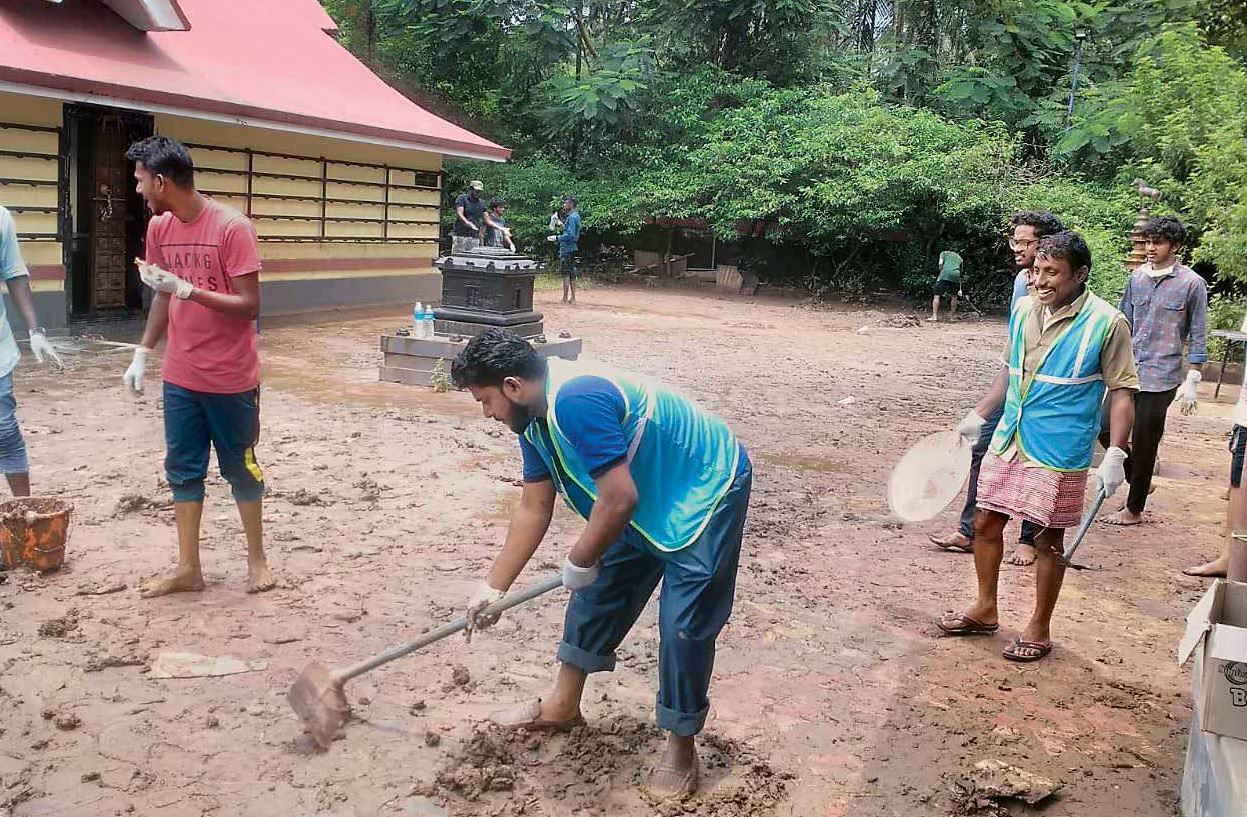 BlaspheMous as it may sound, for a brief while, during the great flood, it seemed as though God had abandoned Kerala. The flood’s wrath didn’t spare temp­les, churches or mosques—a few even crumbled and fell. and as the furi­ ous deluge loosed itself, destroying all in its path, religious rituals were dis­rupted for days. a strikingly positive narrative, however, emerged from the midst of the destruction and sorrow.

Kerala has never been torn asunder by riots, but a simmering, low-grade animus between communities keeps its social mosaic under strain. And recent years have not been propitious times for social harmony, with embittered attitudes visibly increasing all around.

Then came the flood. Thrown into the swirling waters together, reduced to mere humans seeking survival, scores shrugged off their religious prejudices and reached across caste barricades to save one another. The crisis struck around Onam, a pan-Kerala festival with unifying tendencies, and perhaps fittingly it saw people rescuing a lost sense of harmony and collectivity from the material wreckage.

Ambili, 47, and her husband Kutty krishnan had recently rented a one- storey house in Elookara, Aluva, near Kochi, and hardly knew anyone in their neighbourhood. But as the waters rose on August 15, neighbours Ashraf and Shani asked them to come over to their two-storeyed house. That invitation to sleep over saved the Kutty krishnans and their daughter. Next morning, they found the water level riding over one metre, threatening to submerge their house across the road.

A Muslim neighbour reaching out to Hindu families, or vice versa, and Dalit Christian fishermen from the coast riding the waters upland in their fishing boats to rescue others—it was as if the flood had also washed away some stains in Kerala’s collective soul. Animosities whipped up by bigots gave way to a sense of shared Malayali identity. Even the RSS’s Malayalam mouthpiece Kesari, chiming with the general mood, published a critique of the Centre’s response (withdrawn later).

Other Hindutva proponents too had heart-warming experiences beyond their usual silos. When Major Ravi—a former army man turned film-maker whose voice clip was doing the rounds on Wha tsApp a few months ago, urging Hindus to “awake and show their strength”—stepped out of his comfort zone to rescue others, it was indeed sweet irony that he was directed to Muslim-dominated areas. On the morning of August 16, after watching the floods tearing across the state on television, Ravi called up the state police chief and offered his help. He was told to go to Binanipuram police station. “When I reached, I knew the situation was grim,” he says. “The police were not equipped with boats. Abdul Aziz, a young man waiting there with a rubber tube, told me that a pregnant woman and a child were stranded in a house. He had ensured the safety of his own family and was now out to rescue strangers. Since I am an expert swimmer, I decided to go with him.”