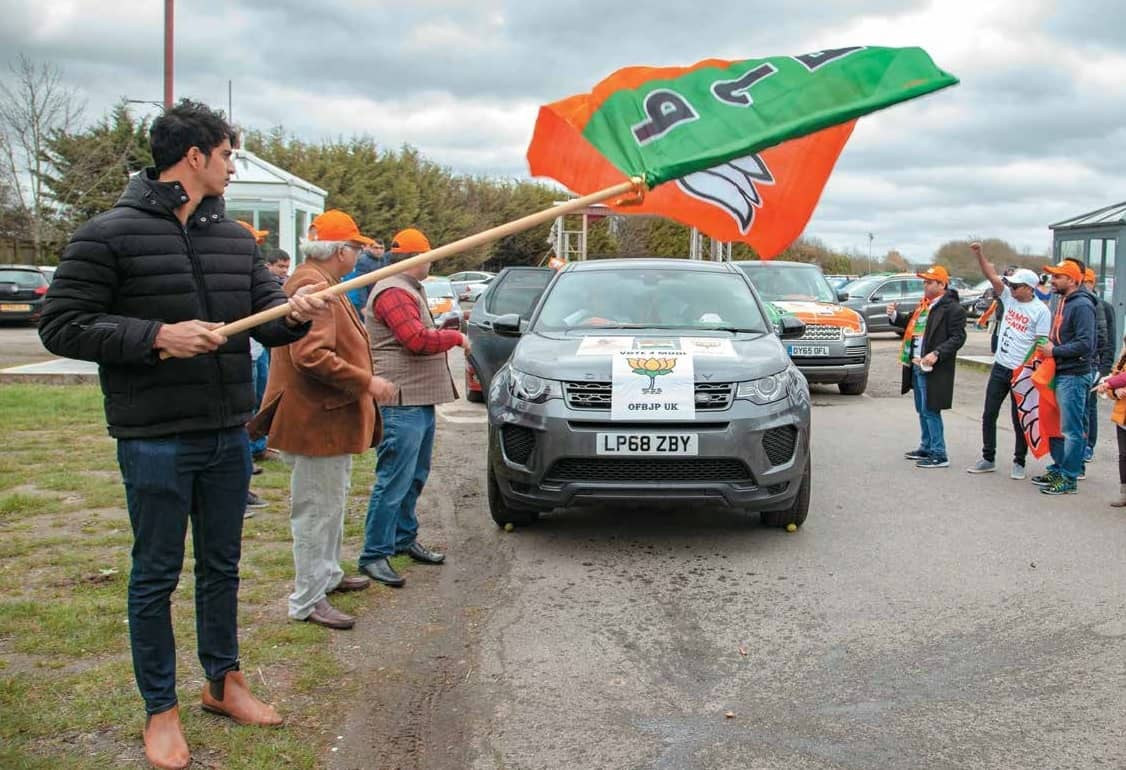 In election season, hundreds of NRIs descend on India to push for Modi’s second term.

LONDON-based software professional Santosh Gupta has taken a six-month break from his hectic work schedule—he is on a mission to secure a second term for Prime Minister Narendra Modi. Ramesh Shah, 70, is also in India on the same mission, but separately. Both Gupta and Shah are part of the Overseas Friends of BJP (OFBJP), the ruling party’s foreign cell that has 25 chapters across the world. With just weeks to go for the first phase of the general elections, hundreds of such BJP supporters are campaigning in India or from abroad —overseas warriors of the BJP’s vast army of supporters in the battle of ballots.

Gupta and his 30-member team are in India since November; they are among 300 professionals from the UK chapter in India. Last week, Gupta’s team visited a number of colleges and met with students in Bangalore, Mumbai, Delhi and Pune. He is content with the positive feedback they are receiving, except from students of Jawaharlal Nehru University.

The team is primarily targeting first time voters, says Gupta. “Young voters were impressed when we spoke about India’s image makeover. We explain to them how India has changed into a superpower under Modi,” says Gupta, 47.

Though such a campaign may impact only a small percentage of India’s 900 million-odd voters, the BJP knows that every bit will come in handy in the polls. Modi is widely expected to win a second term, but analysts say the party could face a stiff challenge from the opposition.

Gupta admits that unemployment is a major concern among students; however, the team convinces young voters about the prospects of ‘Make in India’ and other achievements of the Modi government. For those who doubt the veracity of claims, the team has infographics and employment data as “valid evidences”.