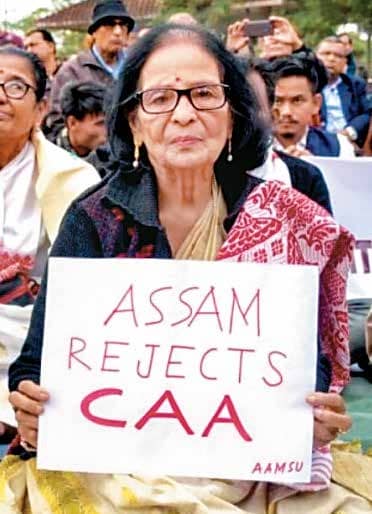 The traditional bonfires during Magh Bihu this year were fuelled by anger, the raging flames during the mid-January harvest festival turning into a metaphor for the underlying sentiments across Assam.

Into the bonfires went copies of the Citizenship (Amendment) Act (CAA), the contentious legislation that has triggered mass protests across India. For weeks now, lakhs of people in Assam are on the streets, demanding scrapping of the act which allows “persecuted” nonMuslims from three countries to become Indian citizens.

The CAA has opened an old wound in the state where the people who identify themselves as indigenous have been demanding deportation of all “illegal immigrants”, irrespective of religion. CAA, they say, negates every gain made from the 1985 Assam Accord, signed after a six-year-long anti-foreigner agitation. The ruling BJP has tried to pacify the people, saying that not more than five lakh “persecuted Hindus” will gain from the act.