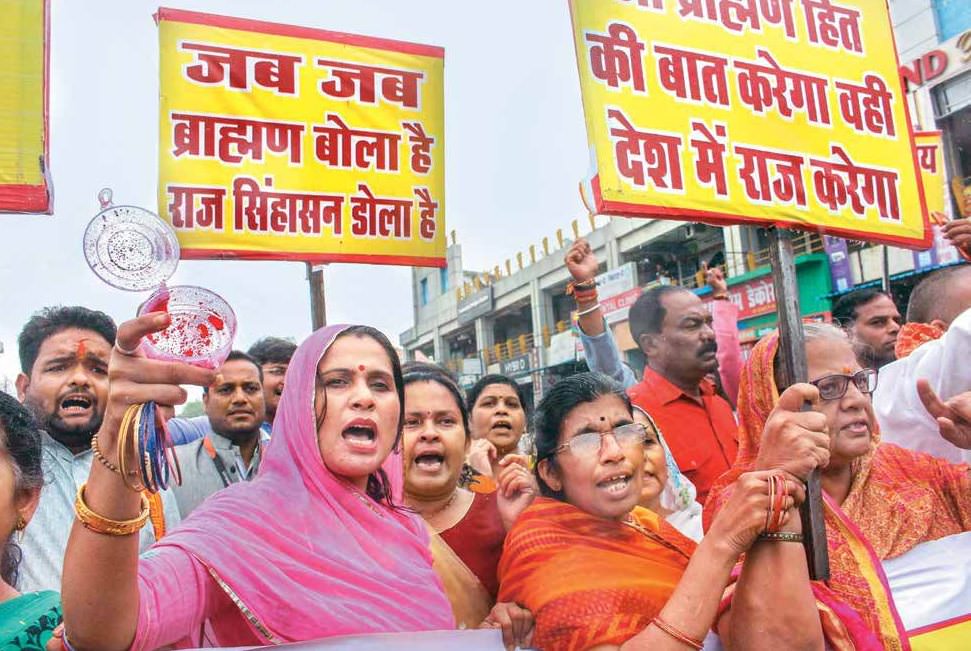 THE Rowlatt Act of 1919 has been on top of the reading list of several BJP leaders for the past few weeks, 99 years after the British passed it. The reason for this renewed interest is another Act—the Scheduled Castes/ Scheduled Tribes (Prevention of Atrocities) Act, which has triggered an internal struggle in the party. The conflict between the BJP’s Dalit outreach and its attempt to keep its elite-caste core votebank in good humour threatens to unravel the party’s best-laid plans for the 2019 Lok Sabha elections.

The first few refresher lessons on the Rowlatt Act on social media actually came from some of the ‘savarnas’ or elite castes. Comparisons were made between the “dictatorial” SC/ST Act and the Rowlatt Act. Point-by-point comparison was made between the two—“both allow arrests of Indians without a warrant, both allow keeping Indians in jail for an indefinite period of time, both are dictatorial…” Amid calls to boycott the BJP and choose the NOTA option, a group calling itself the ‘Bharatiya Vikas Manch Arakshan Virodhi Sangathan’ claimed, “After Vishwanath Pratap Singh, Narendra Modi is the second prime minister who will be remembered for conspiring against the savarnas.”

Ironically, the provisions of the same Rowlatt Act—officially, the Anarchical and Revolutionary Crimes Act—were cited by those on the other side of the debate too. Writing about Dalit leader and Bhim Army chief Chandrashekhar Azad ‘Ravan’, columnist Aakar Patel stated that his arrest under the National Security Act (NSA) last year “without a case” against him was reminiscent of the colonial government’s Rowlatt Act that allowed arrest of any Indian without a trial. “No dalil, no vakil, no appeal,” is how one newspaper had then described the Rowlatt Act.