Rightward Is The Glance 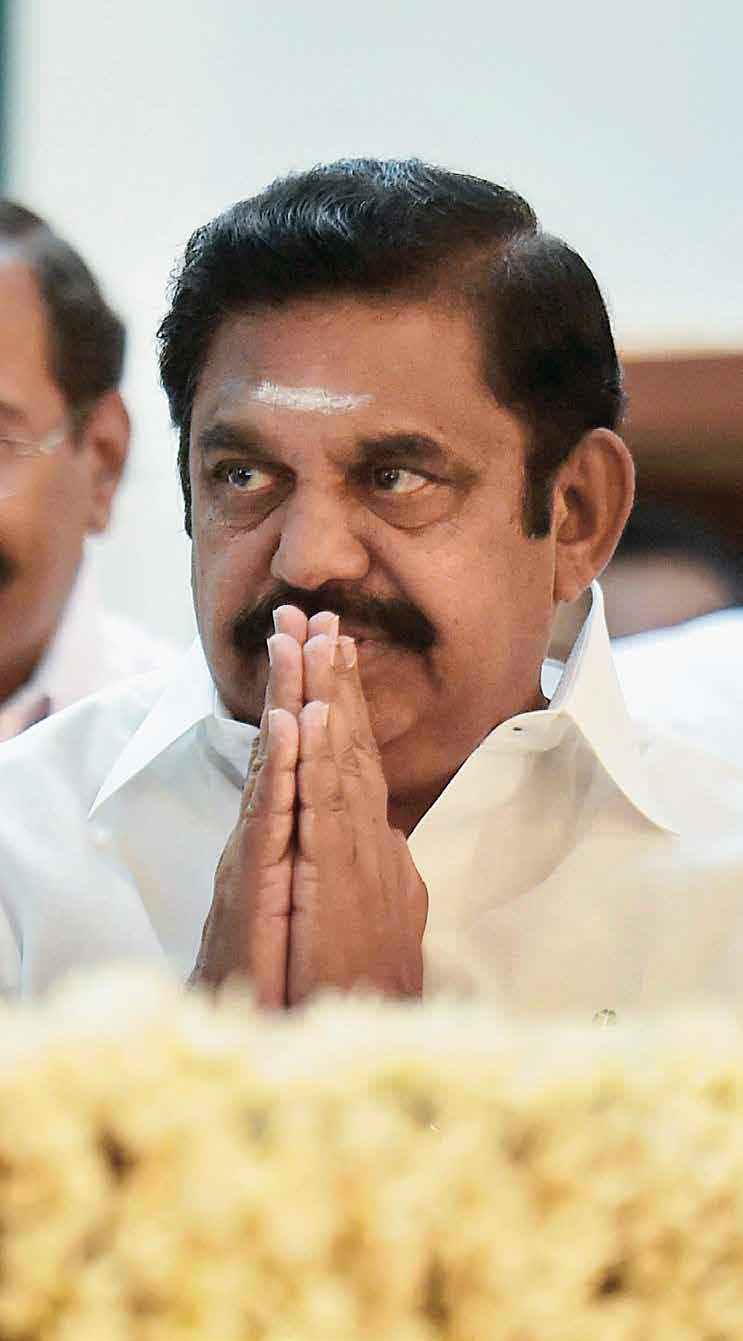 A tainted AIADMK could be the new NDA ally, provided the party’s warring factions merge first.

HE lacks the command and stat­ure of J. Jayalalitha. Nor does he have the gift of the gab of the late AIADMK leader’s lifelong opponent M. Karunanidhi, 93. What chief minister Edappadi K. Palanisamy revels in is silence— something his predecessor O. Panneer­ selvam had slowly managed to come out of, gaining confidence after his revolt against the party’s rival­camp leader V.K. Sasikala.

But behind that inscrutable quietude lies the mind of a master manipulator who has out manoeuvred his challengers, kept his flock together and wormed him­self into the good books of faraway Delhi: the 63 ­year ­old announced the support of his group to the NDA’s presidential candi­date. “The speed with which EPS (Pal­anisamy) not only forced OPS and TTV (Dhinakaran, AIADMK’s deputy general secretary) to follow suit, it also earned him the trust and goodwill of (Prime Minister) Narendra Modi and (BJP pre­sident) Amit Shah,” says a BJP leader.

And the union government quickly warmed up to him by inviting Palanisamy to the swearing­in of Ramnath Kovind at Parliament House. Modi even granted him a long audience. The NDA ministers also lent a patient hearing in favour of exempting Tamil Nadu from the NEET for medical admissions. Two days later, on July 27, when the PM visited the southern state to inaugurate former president A.P.J. Abdul Kalam’s memorial, Modi made sure the CM was next to him throughout the two­hour function at coastal Rameswaram.

AIADMK’s Saidai Duraisamy recalls that the BJP initially backed OPS after his revolt this February and viewed EPS with suspicion since he was Sasikala’s chosen proxy. “Soon, the Delhi bosses discovered that EPS was nobody’s man. The way he quickly distanced himself from Sasikala and Dhinakaran and was ready to do Delhi’s bidding surprised them,” says the former Chennai mayor.