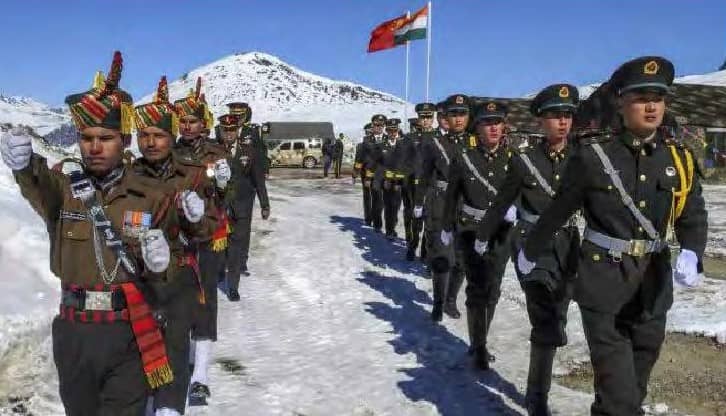 Border tensions spike suddenly along the LAC, as sections in India join others in criticising China’s handling of COVID-19. Yet the two have enough reasons to resolve all issues peacefully.

THREE years ago, a prolonged stand-off between Indian and Chinese troops on Bhutan’s Doklam plateau had sparked alarming speculation about the proximity of an armed conflict between the two Asian giants, and how such a frightening possibility would destabilise the sub-continent and the region beyond. That crisis, however, was resolved in 73 days without a shot being fired.

But similar worries have started clouding minds of policy planners as Indian and Chinese soldiers have over the past week begun to pitch tents and enforce their respective positions along strategic points in Ladakh, in the western sector of the Line of Actual Control (LAC). The build-up at the border— triggered by aggressive posturing and ‘transgressions’ by soldiers of the People’s Liberation Army (PLA) into the Indian side of the LAC—coincides with a marked rise in anti-China feelings in India as sections make common cause with the anger against the Chinese leadership across the world in the wake of the COVID-19 crisis.

The question arises if the two developments are linked. “This seems to be a coincidence; there is no connection between the two,” says historian Srinath Raghavan. “The LAC has its own seasonal dynamic and this is part of it. Though both sides seem to have gone farther than usual,” he adds. Raghavan refers to incidents that started from May 5-6, when Indian and Chinese soldiers were injured while trading punches and throwing stones at each other in a departure from past norms underlining the avoidance of physical violence.

Barring 1962, when the neighbours went to war over their disputed boundary, not a single bullet has been fired across the Sino-Indian border since 1975. In the intervening period, there have been skirmishes and face-offs. But they were all peacefully resolved.

The 3448-km Line of Actual Control, behind which soldiers of the two countries stand, remains disputed and un-demarcated, yet is not considered a ‘hot border’ like the one between India and Pakistan. Moreover, despite their simultaneous rise within the same geographical space, Indian and Chinese leadership have so far skilfully managed to avoid situations that could lead to another armed confrontation. But heightened tension in the past weeks, following hectic activities of patrolling soldiers of India and China in key points along the LAC, has increased unease.

Indian officials have recorded ‘transgressions’ along the LAC in Pangong Tso Lake, Trig Heights, Burtse, the Doletango area and the Galwan river valley in Ladakh and also at strategic points in Sikkim.

“Better infrastructure, enhanced transportation and communication facilities have increased the probability of Indian and Chinese patrols coming face-to-face,” explains Gautam Bambawale, former ambassador to China. Coupled with aggressive patrolling, this could lead to the kind of situation we now witness, he explains. Bambawale reminds that there are standard operation procedures that the two sides have agreed to and if their soldiers adhere to them the border could be relatively peaceful. But if there are attempts to change the ‘status quo ante’, it could lead to trouble, he warns.