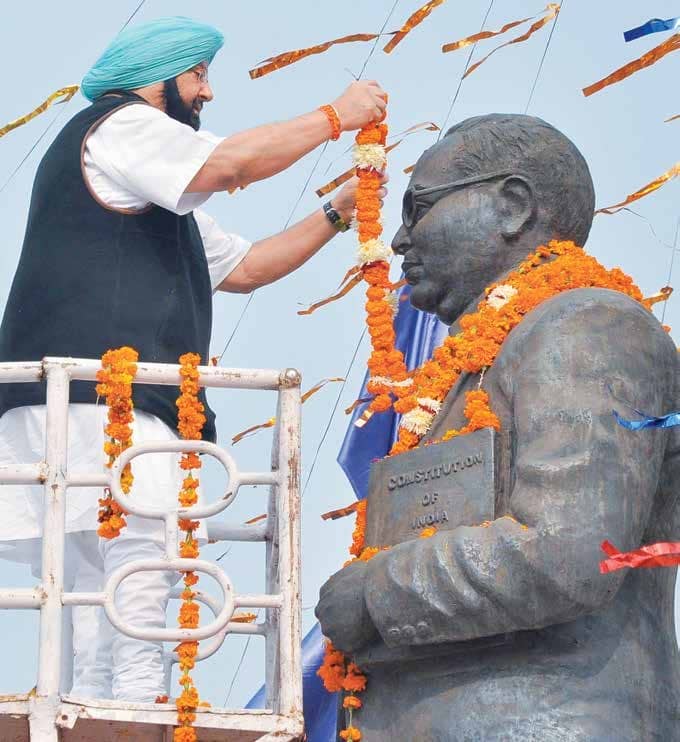 Despite differences on how to get there, Ambedkar and the Congress shared a common goal: an egalitarian society

FOR the democratisation of Indian political society, many efforts have been initiated by different political parties to protect the interests of weaker sections, mainly Dalits. But none has been more successful than the endeavours of Babasaheb Bhimrao Ramji Ambedkar. Whenever the idea of social inequality and injustice comes up, Dr B.R. Ambedkar is the foremost person to strike everyone’s mind. Belonging to a family of the oppressed and ‘untouchable’ Mahar caste, he was a jurist, economist, fearless social reformer, anthropologist, author and a great constitutionalist.

An architect of the Indian Constitution, Ambedkar was a profound scholar of his times whose involvement in Indian social and political democracy cannot be surpassed. He analysed the inner fragmentation of Dalits and desired the balancing out of India’s iniquitous social system. Clubbing together people of different religions, sects, castes, communities and regions, he gave them a collective identity as ‘Dalits’. His three-word formula—“educate, agitate, organise”—was a powerful tool for the inclusion of Dalits in the mainstream.

When Ambedkar was struggling for the rights of Dalits, the socialist movement, women’s movement and various religious movements were also on their battle path. One such movement was represented by the Indian National Congress, the most outstanding mass organisation before and after independence that also showed its zeal in the upliftment of weaker sections, including Dalits. Starting as a group of intellectuals that reached so wide and deep across the nation that Rajni Kothari called it the “Congress System”, the Congress became the leading political party in the country.