Many Returns Of Manto's Fool 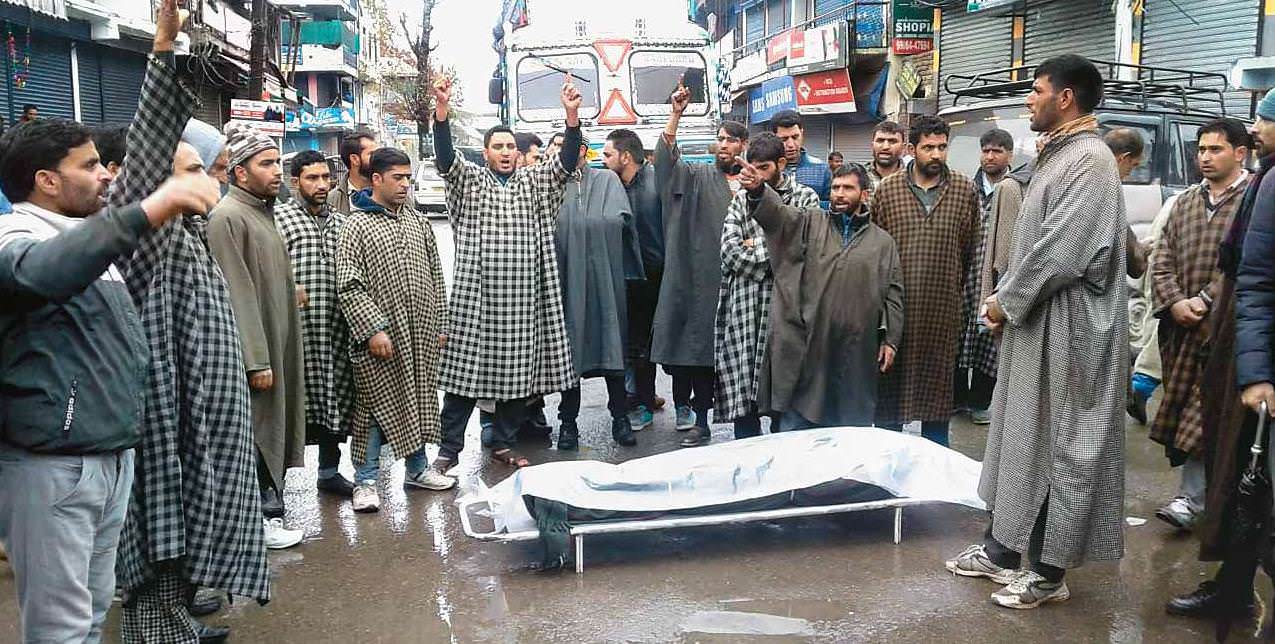 Among the victims in Kashmir is a special category: people with mental issues, dying while wandering.

RESIDENTS of Begum in Kashmir’s Kulgam district, around 85 km south of summer capital Srinagar, were used to the sight of 28-year-old Rayees Ahmad Wani loitering around the village. They say he had never crossed the village boundary until November 3— the fateful day when he stepped out for the first time, and ended up taking two bullets in his head and two in his chest, 30 km away from the village, in the neighbouring Shopian district. “We want to know how he was killed,” says Mushtaq Ahmad Wani, a relative and neighbour. “It was raining heavily that night, but when we received his bullet-riddled body the next day, his clothes and footwear were not wet.”

It was early in the morning on Nov­ ember 4 that the police informed the family about his death. According to the police, at around 3 am, Rayees tried to walk into the camp of 44 Rashtriya Rifles of the Indian army stationed at Pahnoo village in Shopian district. He was shot when he allegedly didn’t heed the warning shots fired in the air by soldiers manning a bunker. But could Rayees, known to be mentally chal­lenged, have walked 30 km that night, crossing over to another district? His shocked kin and other villagers suspect it was a case of custodial killing.

When Rayees didn’t return home after sunset on November 3, his father Abdul Hameed Wani, 62, had started search­ ing for him. Other villagers joined him and an announcement was made from the loudspeaker of the mosque. Some also took to Facebook and sought help in locating him. “I can never forget that night,” says Hameed, breaking down. “The whole night I was worried that he could die due to the severe cold outside. I never imagined he would be shot dead. They could have fired at his legs to stop him, but they killed him.” His kangri, a Kashmiri firepot that keeps people warm during the winter months in the Valley, was by his side when he was fired upon, claim Rayees’s family members.