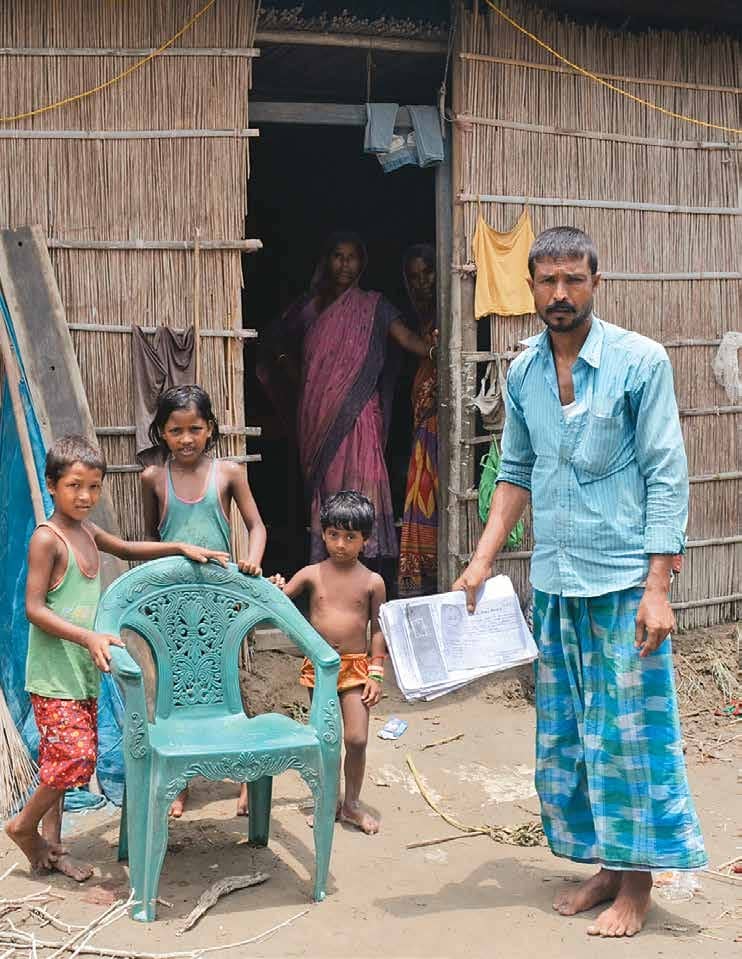 As floods ravage Assam, many cling on to hope— and official documents — for proving their Indian citizenship

As floodwaters swirled around him in mid-July, Habibur Rahman and his family of six scrambled to save their belongings in Assam’s Alikakh char, a sand bar on the Brahmaputra about 70km from state capital Guwahati. Their main worry was a few pieces of documents—brownish, the edges slightly frayed. Rahman wrapped them tightly in plastic to keep the paper dry, in case the water rose further. These papers—land documents in the name of his father and grandfather—will determine his fate and that of his family in a few weeks from now when the much-awaited and updated national register of citizens (NRC) is published.

This Tuesday, the Supreme Court ext­ended the deadline for publication of the final NRC till August 31, but that is unlikely to provide any succour to peo­ple like the Rahmans— wife Aklima Khatun and sons Nur Alam, seven, and Faridul, five—who found their names struck off the citizenship document last year. Ironically, the names of their two daughters—Samira Begum, 14, and Shahida Khatun, 11—have been included. The procedural flaws have bro­ught the NRC update under the scanner but officials maintain that all “genuine Indian citizens” will be included.

Last year, an estimated 40 lakh people out of 3.29 crore applicants were left out of the final NRC draft. A second list published on June 26 this year saw the names of another 1.02 lakh people off the roster for allegedly failing to prove their citizenship. The Rahmans have filed petitions reclaiming their Indian citizenship, resubmitted documents and attended as many as six hearings at different NRC centres in different dis­tricts. It may not be enough yet for the family. “Now, it’s only hope. We are just hoping and praying that our names are included in the list,” Habibur, 39, tells Outlook in his one­room house. “Floods have damaged our house partly...and now the biggest tension is the NRC,” he adds. Another daughter, now three, was born after the NRC process started.