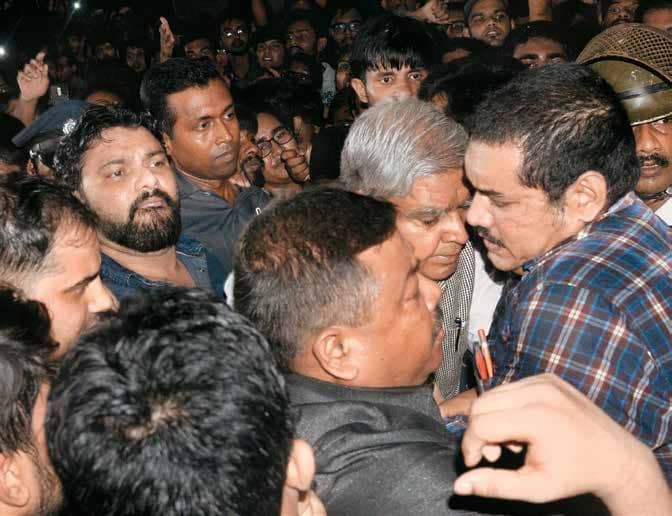 The staccato beats of the ubiquitous dhaki—the drummer—are rising to a crescendo across the state; it’s that time of the year when Bengal, and Bengalis, drop all work to pay obeisance to the Ma Durga and immerse in the spirit of pujo. But these are not ordinary days in Bengal, and even the biggest and all-encompassing festival is unlikely to tamper the growing bitterness between the ruling Trinamool and the BJP, which has launched a multi-pronged war to dislodge chief minister Mamata Banerjee in about one-and-a-half years from now.

Leading the BJP’s battle allegedly is governor Jagdeep Dhankar, who has apparently emerged as the most potent weapon for the party to pulverise the ruling TMC and its government and push the rivals on the defensive. Mamata Banerjee is already facing the heat of the investigations into the Saradha chit fund scam and the Centre’s assertion of having Bengal’s own National Register of Citizens (NRC), on the lines of the controversial exercise in Assam. At least 10 people have committed suicide or died due to NRC-realted depression in the state over the past couple of weeks.