‘I See No Challenge; Congress Leaders Are Daydreaming' 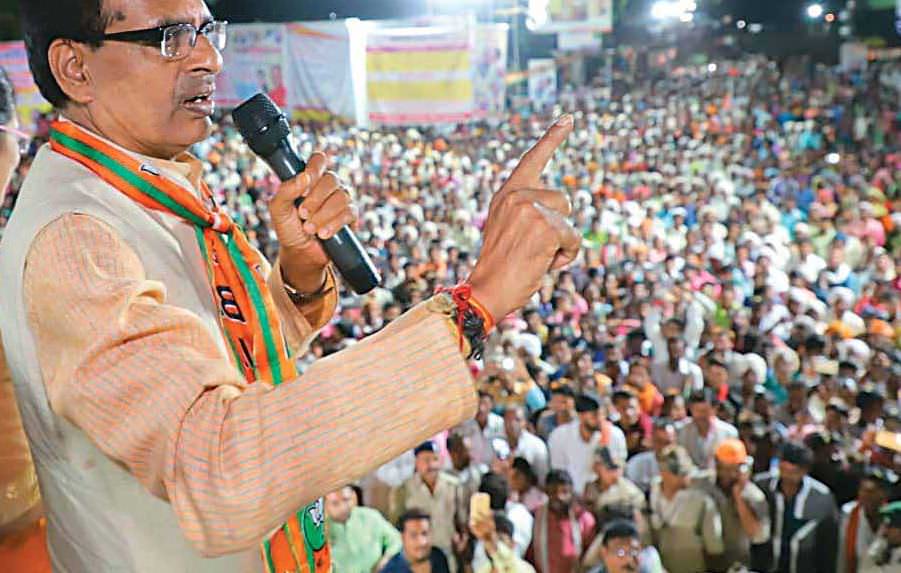 Shivraj Singh Chouhan, 59, has been chief minister of Madhya Pradesh for three consecutive terms; that is nearly 13 years at the helm of affairs in India’s second largest-state.

But he is not done yet. With assembly polls due by the end of the year, Chouhan is once again on the road, braving the hot and humid weather to campaign relentlessly across the state. The man who identifies himself as the benevolent ‘mama’ (maternal uncle) of the voters is leaving nothing to chance in wooing his electorate.

For the last two months, Chouhan has been intermittently criss-crossing the state’s 51 districts atop a high-tech van in the course of his Jan Ashirwad Yatra, addressing numerous roadside rallies. The Congress—the principal opposition party— hopes to unseat him this time, but the chief minister shows little signs of nervousness. As he set off for another day of canvassing from Tendukheda—a speck of a town some 150 km from Jabalpur—Chouhan spoke to Outlook Editor Ruben Banerjee on how confident he was about being re-elected and what his roadmap for governance was. Excerpts:

You have been chief minister since 2005. So you must be up against strong anti-incumbency this time?

I don’t feel there is anti-incumbency, because we have worked hard for so many years. People can see the work being done by us. There is no match. Irrigation of land has increased from 7.5 lakh hectares to 40 lakh hectares. We are working to achieve the target of 80 lakh (hectares). We have laid a network of roads. When people see that work is being done, there is no anti-incumbency. Our second speciality is providing social justice to those who have been left behind—the poor and backward—which is important for a welfare state. That’s why there is no anti-incumbency.

It’s been 2–3 months since you began the Jan Ashirwad Yatra. How has the response been? How long will it continue?

The response has been great. You should stay back and see. We are getting people’s affection and blessings. It was scheduled to end before September 25, but due to some circumstances we couldn’t organise it for a few days. It may now go on till October 15.