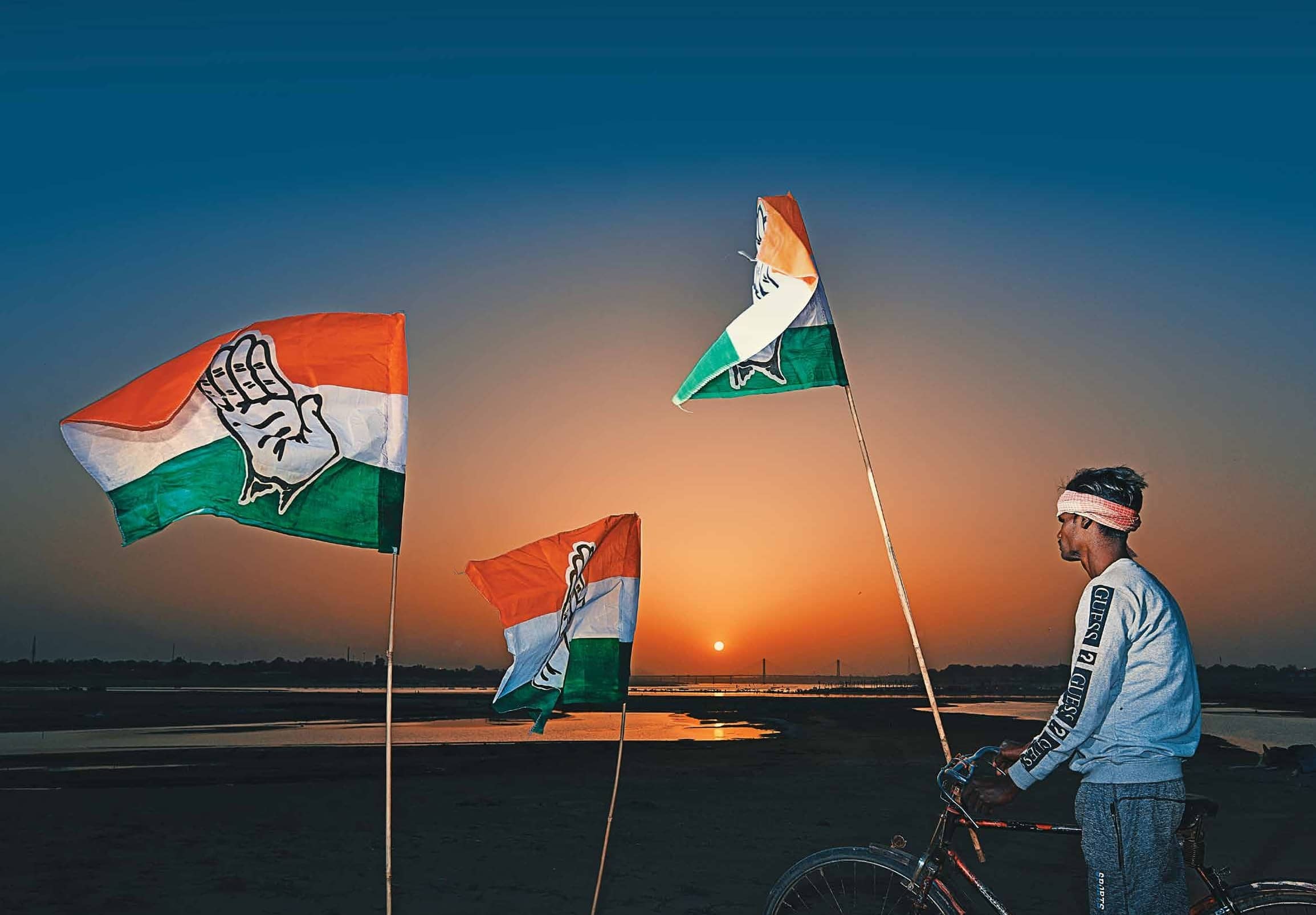 Poor? Debt-ridden? Desperate? The Congress promises to repair India (and itself ) if it gets job.

Within a couple of days, the prime minister had to take to outer space to change the narrative. Soon enough, the usual choristers and critics were out fighting online. “Only Narendra Modi could have done it,” said one side. “Surgical strike on jehadi aliens,” said a twitter wit. What compelled him, though, to strain at the leashes of the Model Code of Conduct and make a statement of India's space capabilities? Something that was happening back in the space of terrestrial reality. his chief rival, the Congress, has been behaving a bit like a shooting star in recent times—one minute it’s on a brilliant surge, the next minute you can’t see the damn thing. But early this week, it had shaken off the supine defeatism it sometimes exhibits and come out with a policy promise that got everyone talking.

The jury is still out on whether Congress president Rahul Gandhi’s poll promise to 20 per cent of India’s poorest of a minimum income guarantee of Rs 72,000 per annum is a fiscally prudent idea. Or, in the immediate term, whether it can be a game-changer in the Lok Sabha polls. But the question was evidently urgent enough for the Modi dispensation to respond with something dramatic—to up the game from aerial dogfights to space missiles. For, after over a month of being in an awkward reactive mode since Pulwama-Balakot, it seemed as if the Congress had succeeded in steering the Lok Sabha poll narrative away from the BJP’s chest-thumping triumphalism. 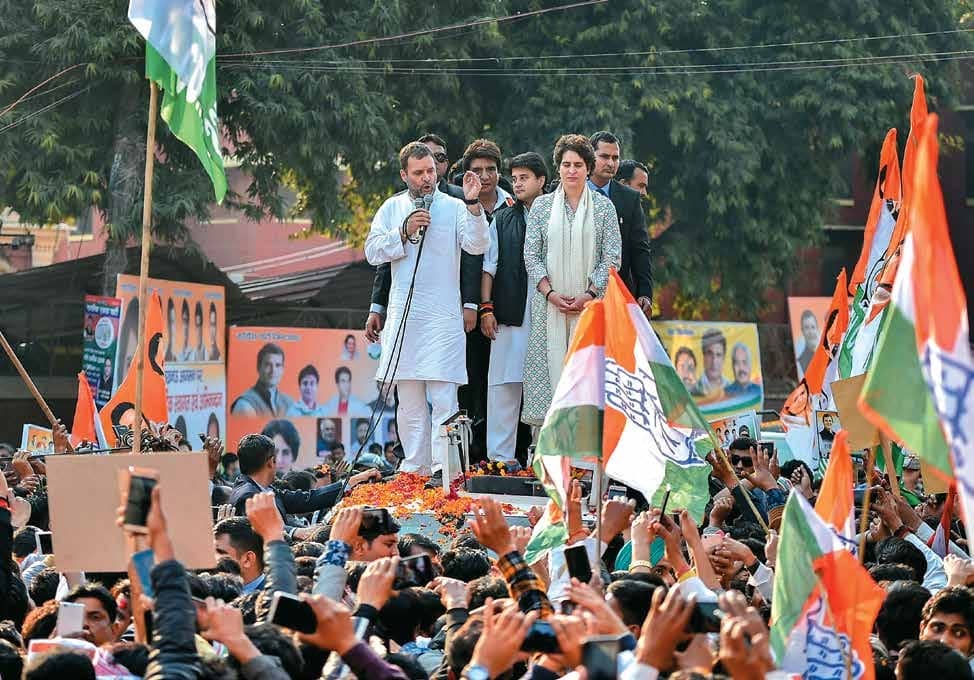 As a policy promise, it was a deft hand that the Congress played. The feasibility of NYAY—Nyuntam Aay Yojana—is secondary at the moment. What matters is the extent to which it can strike an emotive chord. And steer the conversation back to unemployment, agrarian distress and poverty—the Achilles heel of Prime Minister Narendra Modi’s government. In short, to take the game away from where the BJP plays strong: election rhetoric dominated by a cocktail of jingoistic nationalism and Hindutva pride. Judging from the BJP’s own response, it’s not underestimating NYAY.

But will it suffice to make up for the ground the Congress has lost in common perception? The Balakot air strikes didn’t just create a talking point: intangibles like the ‘public mood’ have a material effect on political affairs. The air had suddenly seemed favourable for the Congress after its spectacular victories in the assembly polls last winter. There was a new spring in its step—even a touch of smugness in its social media voices, a sense of having ‘arrived’. A ‘grand’ Opposition alliance seemed at hand. After Pulwama-Balakot, the script bottomed out. Buoyancy was replaced by an air of desperation, then resignation. Alliance talks started foundering all over the place. All of a sudden, 2019 seemed a no-contest.

That’s where this new edition of Garibi Hatao comes in. In Rahul’s dogged struggle to shake off the infantile image of him spun by his critics and get taken seriously as prime ministerial material, NYAY may be the most ambitious step yet, in both form and content. Linguistic felicity is one trait rarely attributed to the Gandhi scions. But NYAY, the acronym, was coined by Priyanka Gandhi Vadra. (Twitter wits were also offering MIG-19!) At the more substantive level, Rahul says the fine print—the nuts and bolts of how they intend to raise the money required to deliver a guaranteed minimum income of Rs 12,000 per month to five crore households—will be spelt out in the party’s manifesto. Also, the logistics of identifying the beneficiaries.