Hashtag Shushed To A Hushtag 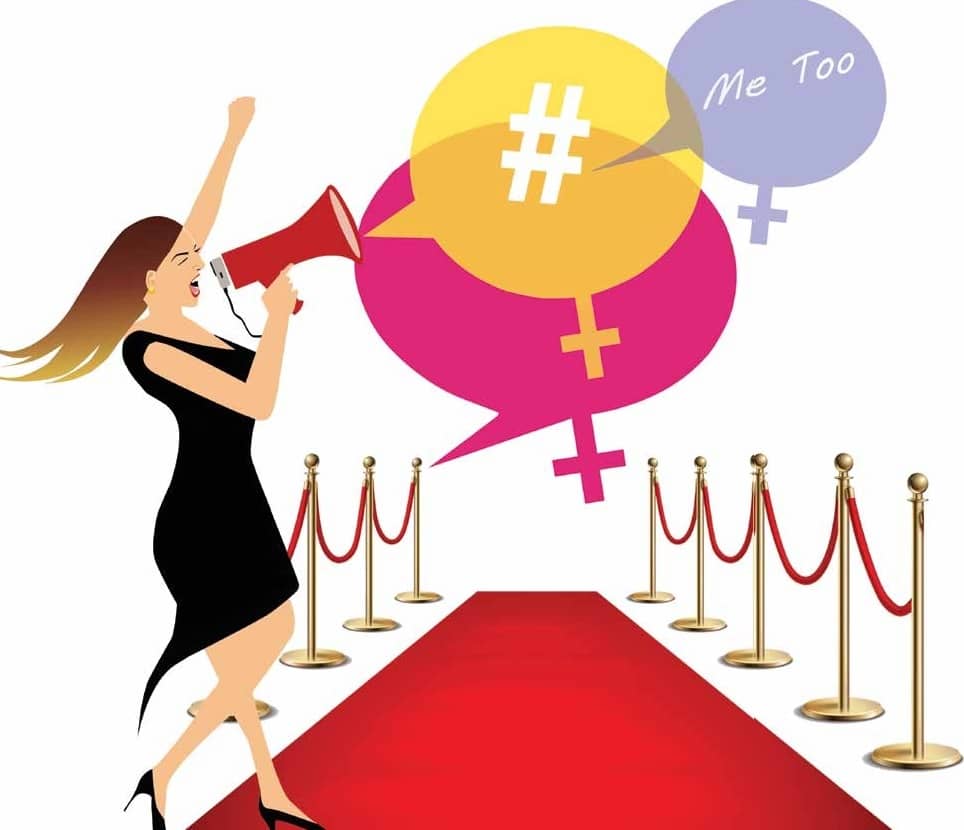 Has the movement lost momentum in Bollywood, silenced by a stifling patriarchy? Many suspects are back in business.

BARELY a year after the #MeToo movement struck Bollywood like a tornado and shook its patriarchal foundations, India’s tinsel town appears to be have pushed the dirt under the carpet. Alleged sexual predators named, shamed and ostracised during the campaign—inspired by a similar movement in Hollywood—are slowly being rehabilitated even as fresh charges have surfaced against powerful men, accused of soliciting sex in exchange for work from young actresses. The industry, which took a high moral ground by banishing the predators a year ago, has now turned around to the view that nobody from its fraternity should be presumed guilty or rendered jobless until the alleged misdemeanor is proven through a legal process. By all means, the proverbial Augean stables remain as dirty as ever, the casting couch out in the open once again. And it is the victims who are out of job, not the perpetrators.

That is, perhaps, the reason why new allegations don’t name the accused. But the charges are serious, nevertheless. Actress Zareen Khan says she was asked by a director to “rehearse a kissing scene” with him so that she could “let go of her inhibitions”. According to Surveen Chawla, a director wanted to see how her cleavage looked, another wanted to have a look at her thighs. Elle Abram alleges that a director scratched her palm with his middle finger when they shook hands, a gesture seen as the coded signal for soliciting sex.

The industry’s stand may well be in accordance with the basic tenet of the law but where does it leave the one-of-its-kind movement, which had raised a glimmer of hope that an unapologetically male chauvinistic industry would evolve into a better and secure workplace for women. As of now, the jury is still out on whether the film industry should embrace the accused in such cases back to work before they are absolved by the courts. But the fact remains that some of them have already slunk back into the limelight, picking up the threads of their career from where they had left off in the wake of the vociferous #MeToo outrage.