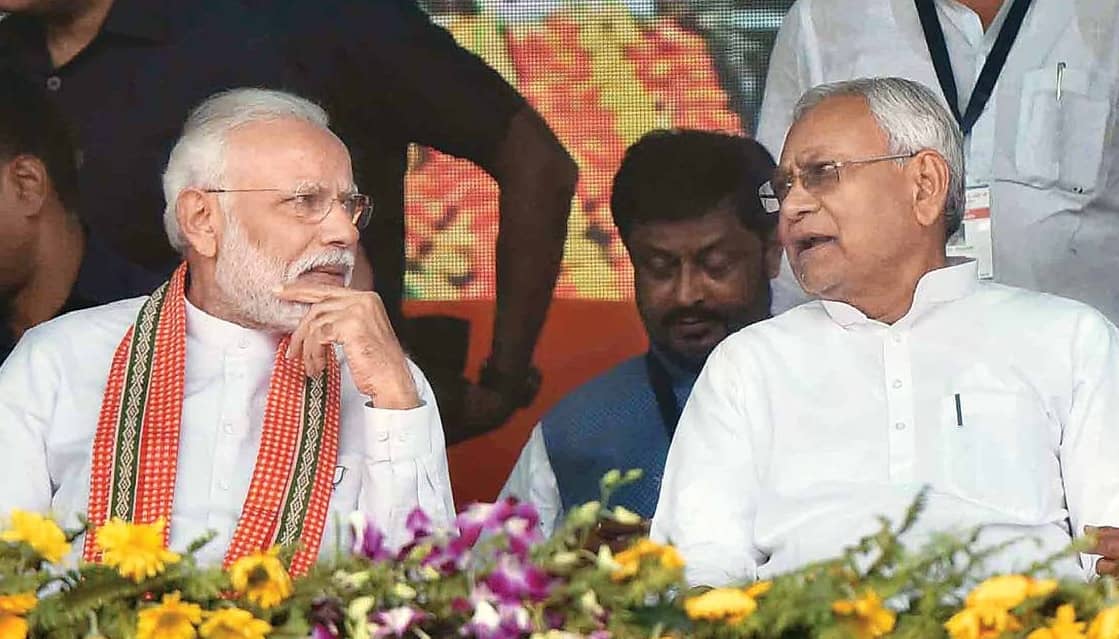 Is police lens on RSS and affiliates a Nitish Kumar mock drill to checkmate BJP before 2020 polls?

STEALTH, surveillance, stakeout—and subterfuge, sometimes—are common devices the enemy employs to bone up on its rivals. When similar tactics are deployed against a partner-in-power, trouble touches the shore. The case in point is a recent order to the Bihar Police’s Special Branch to ‘spy’ on the Rashtriya Swayamsevak Sangh (RSS)—the BJP’s ideological fountainhead—and many of its affiliates. The move has set off speculation over the fate of chief minister Nitish Kumar’s Janata Dal (United)-BJP coalition government ahead of the 2020 assembly elections.

The genesis of this ninjutsu operation can be traced to a letter—dated May 28 and posted barely five days after the BJP retained power at the Centre with a massive 3-nought-3 verdict, and two days before Narendra Modi’s NDA government was to be sworn in for a second term. The missive from the superintendent of police (general) of the Special Branch, which reports to the home department headed by the chief minister himself, was clear. It directed all DSPs and district, Special Branch officers, to gather and give details of the RSS and its 18 affiliates operating in their areas. The report—containing names, addresses, phone numbers, and occupations of all office-bearers—must be submitted “within a week”. “This should be considered extremely important,” says the confidential letter that got leaked last week.