For Bharat, A Free 4G Buffet 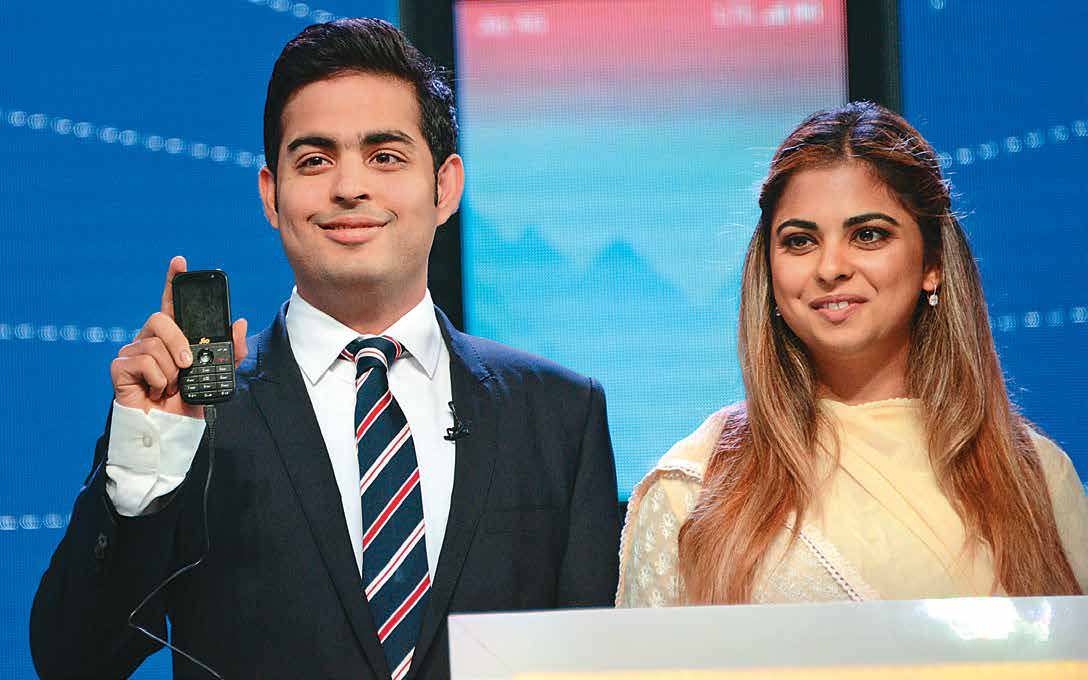 After the Jio SIM changed India’s smartphone world, the Jio Phone is here to transform and rule over rural telecom

IN 2003, Mukesh Ambani shook the nation by launching his revolution­ary mobile phone service under Reliance Infocomm. The offers, which included a free digital mob­ile phone at just Rs 501 and call rates at 10­40 paise when the going rate was Rs 12­14, shocked competi­tors, permanently changing the rules of the game in telecom tariffs.

Fourteen years later, the very same corporate wizard is set to do it all over again with his Jio Phone, which will be available to customers “effectively free” against a security deposit of Rs 1,500 that will be refunded after three years.

For all practical purposes, Ambani has gone further this time round. The Jio Phone comes with a monthly subscription of just Rs 153 for which users will get unlimited free voice calls and 500 mb of 4G data a day for a 28 day cycle.

The Jio Phone is a feature phone—a no-frills basic mobile phone, and is aimed at users in tier-2 and tier-3 towns and villages where smartphone penetration is low and people still use mostly basic phones. That there is a huge market for basic phones is evident from the fact that a little over only 20 per cent of the Indian population is expected to use smartphones in 2017. The remaining will be covered by basic phones which are cheaper and have much better battery life—something crucial in smaller cities which are generally power starved.

That is why Ambani’s gamble of launching a 4G-enabled feature or basic phone might pay off. Raja Lahiri, partner, Grant Thornton India LLP, says: “The smartphone market is concentrated in metros. But for the feature phone market, there is a good window of opportunity in tier 2 and tier 3 towns and sections of the metros.”

It is learnt that the Jio Phone, which will be available to consumers in September, will be a single SIM 4G phone and will be able to use only the Jio SIM. This means, once a consumer gets the phone, she will be captive to Reliance Jio as long as she uses the phone as no other operator’s SIM will work in it.