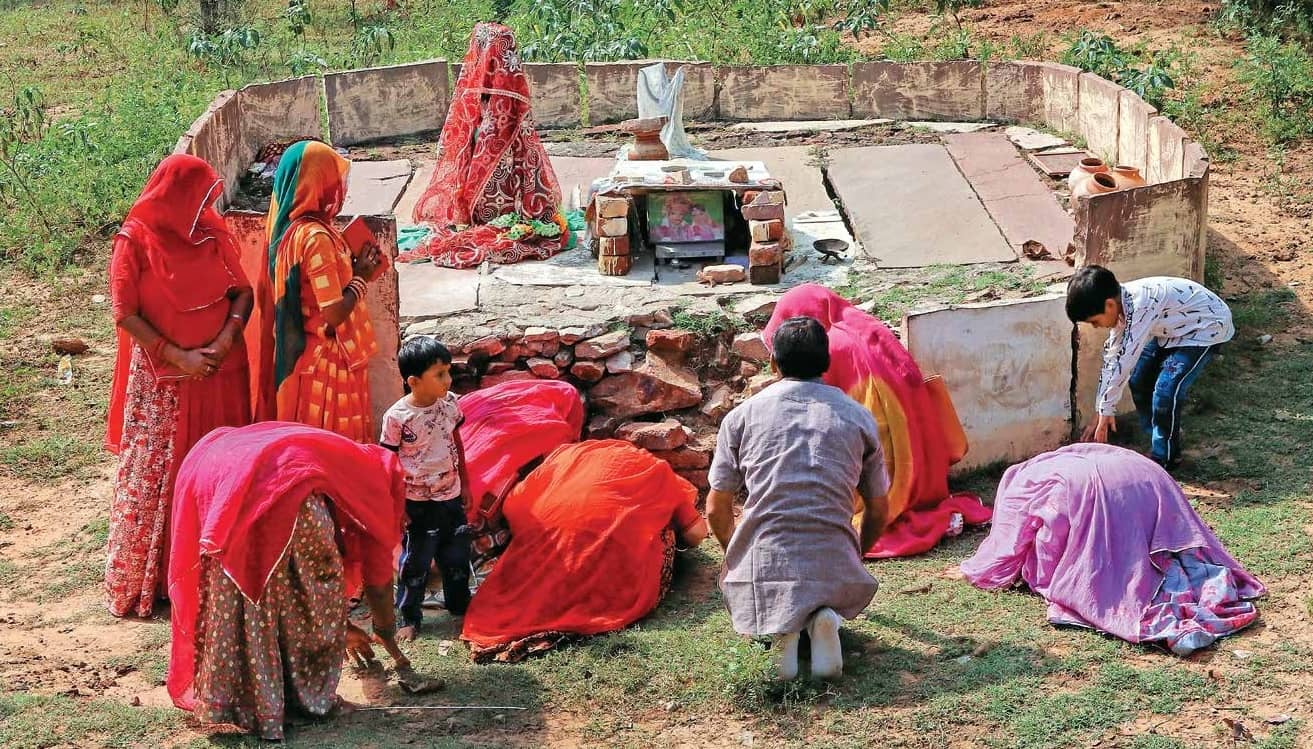 Roop Kanwar, a teen widow, burnt to death 32 years ago. In Deorala, she is deified—a custom alive in many minds

A red stole draped around a trident standing on a brick platform is not much of a temple. But for a group of women in bright saris, this is a pilgrimage they had to make, a trip that has brought them more than 200 km from Nagaur to pay obeisance to a woman who had attained “divinity” at this very place more than three decades ago. For many more, the makeshift shrine is a scar that cannot be erased, a painful memory of a young woman—she was just 18— carrying out the banned Hindu custom of ‘Sati’ by burning herself on the pyre of her husband, cheered on by thousands of people. Roop Kanwar’s legacy lives on in this village in Rajasthan’s Sikar district: a goddess for some, the victim of an oppressive and patriarchal culture for many.

And in the 32 years since the bubbly teen widow burnt to death on September 4, 1987, the 22 police cases are all but forgotten. Only one is still being heard in court and the judgment is expected within weeks. Curiously, there has been no conviction in any of the cases—21 of them for glorification of sati, a practice declared unlawful way back in 1829 when the British ruled India. A lower court acquitted 33 suspects in 1996. Since that verdict, almost all of those accused in cases related to the custom-sanctioned immolation have been acquitted, except for 20, among whom only nine are being tried because six of them were dead already and five are on the run.