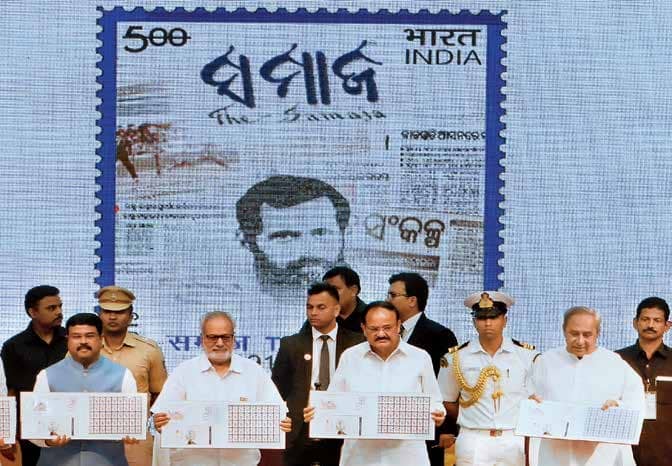 In its 100th year, Samaja is mired in controversies

One of India’s oldest surviving newspapers and a leading Odia daily, The Samaja completed 100 years of uninterrupted publication on October 4. Launched by Utkalamani Gopabandhu Das during the freedom struggle to usher in social reforms, Samaja has been synonymous with ‘newspaper’ in Odisha. People would often say “wrap this in Samaja” when they meant wrapping in a newspaper and English newspapers were called “English Samaja”. This changed with the advent of several Odia newspapers over the past decades, but anything published in Samaja is taken as gospel truth by people in rural areas.

A visit to Gopabandhu Bhavan, the newspaper’s headquarters in Cuttack, is on the itinerary of most visiting dignitaries. It is also one of the first things ministers do after taking oath—they go there to pay floral tributes to Gopa­ Bandhu. Even now, aspiring writers flaunt an article published in the newspaper as a trophy. Moreover, the Samaja Relief Fund has provided suc­ cour to thousands of people in distress, particularly during natural disasters.