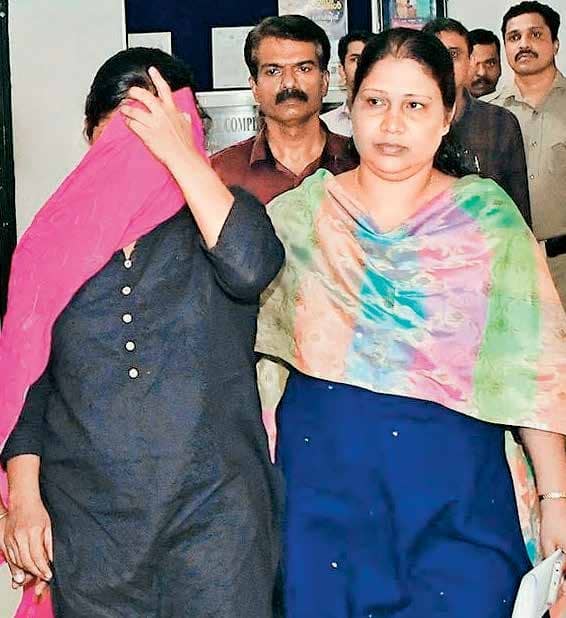 Murders by poisoning and a female ‘serial killer’, with dollops of scandal, are riveting Kerala

For years, perhaps the only thing Koodathayi was known for was through-traffic. Its proximity to state highway SH-34—the artery connecting hub towns Koyilandy and Edavanna—makes the village a mofussil pit-stop some 35 km from Kozhikode city in Kerala’s Malabar region. With a little over 13,000 people (Census 2011) calling Koodathayi home, ‘vajagam’ (idle chatter) is what passes for entertainment here. When villagers used to talk about Jolly Joseph, daughter-in-law of the prominent Ponnamattom family, it was generally in complimentary terms. Much like her business-owner husband’s parents, educationists Tom and Annamma Thomas, Jolly— ostensibly a commerce lecturer at the nearby National Institute of Technology, Calicut (NIT-C)—was accorded the high regard her station afforded her and was a familiar face at the Lourdes Matha Church. “She was very approachable and would go out of her way to talk to people,” says K.P. Kunhammad, a member of the village panchayat. The sudden deaths of Annamma in August 2002 and Tom in August 2008 did little to dent this public approval.

“We sympathized with her as she now had to manage the household by herself. There was talk that her husband was depressed since his parents’ deaths and facing business difficulties,” says a villager. “Then, on September 2011, when the husband, Roy Thomas, died of an apparent suicide by cyanide, we were struck by how Jolly maintained her composure and stayed strong for her sons.” These days, however, a different sort of conversation has been brewing in Koodathayi and across the state. After exhuming six bodies from the family burial vaults at the Lourdes Matha Church and the St Mary’s Forane Church in nearby Kodenchery on October 4 as part of a two-month probe, a Special Investigation Team (SIT) of the Kerala Police arrested Jolly and two other people for Roy’s murder.

Kozhikode (rural) superintendent of police K.G. Simon said Jolly confessed to giving cyanide to Roy, his parents and three other relatives—Annamma’s brother Mathew Manjadiyil, Sily and two-year-old Alpine Shaju, who died on February 2014, May 2016 and May 2014, respectively. Sily and Alpine were the former wife and daughter of Shaju Zachariah, whom Jolly married in 2017. While charges for the deaths of the parents and other relatives are still pending, the “perfect daughter-in-law as serial killer” has become the peg of the story.