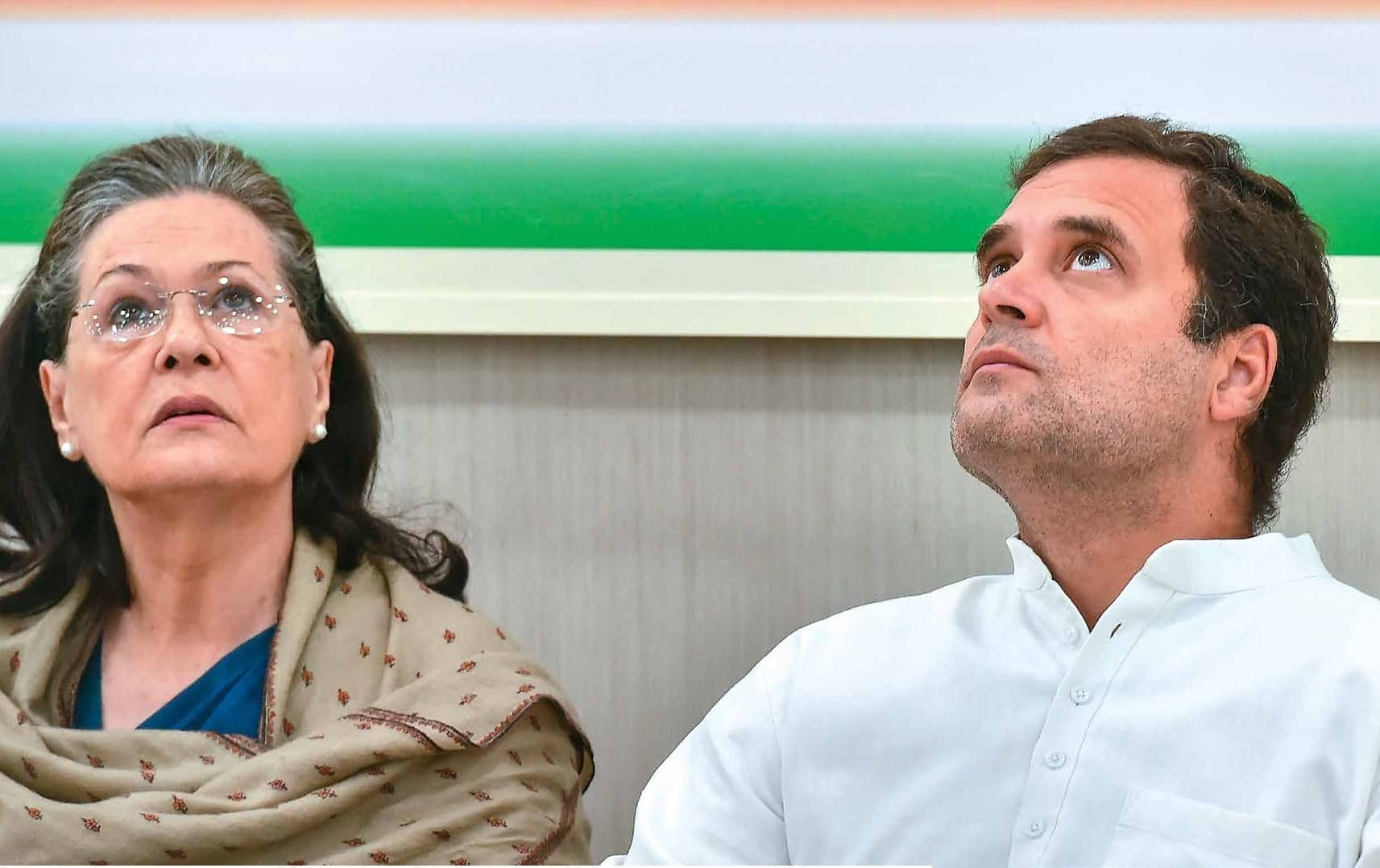 A Gandhi never quits? But Rahul Gandhi as party president has not proved to be the galvaniser that Sonia was.

December, 1985. The congress, a brute majority in the Lok Sabha on Prime minister Rajiv Gandhi’s watch, was celebrating its centenary year at a plenary in Bombay—yes, that was before the city changed its name. And in a speech shocked party stalwarts at the session, Rajiv declared that congress workers were “handicapped, for on their backs ride the brokers of power and influence, who dispense patronage to convert a mass movement into a feudal oligarchy”. For such “brokers of power”, rajiv added, “the masses do not count” since “their thinking, or lack of it, their self-aggrandisement…their linkages with the vested interests in society… are wholly incompatible with work among the people”.

Nearly 35 years since those prophetic words, the Congress lies in tatters. The BJP’s Narendra Modi spared the “grand old party” 44 seats in 2014 and 52 in 2019. Yet, the Congress remains the “feudal oligarchy” that Rajiv had cautioned against. The abject failure at the hustings has been autopsied threadbare. Rahul Gandhi, the commander who led his men into the ambush, told his colleagues in the Congress Working Com­mittee (CWC), the party’s top decision­maker, his wish to step down as party president. A suitable replacement must be found, preferably within a month. Efforts by Congress leaders, including mother Sonia Gandhi and sister Priyanka Gandhi Vadra to persuade Rahul to with­ draw his resignation have, so far, drawn a blank.

For the Congress, the deepening crisis is familiar territory, but no one’s willing to learn. Before 2014, when Sonia Gandhi took over as Congress president in 1998 after the brutal exit of Sitaram Kesri, she had spoken about dwindling numbers of her party in Parliament, the “serious erosion” of its support base among the electorate and the “danger of losing our central place in the polity of our country”. She talked about the “urgent need” to revive the Congress in states where the party had ceded ground.

Sonia failed to revive the Congress as its president in Uttar Pradesh, Bihar, Tamil Nadu, Odisha and West Bengal, but she adroitly steered the party back to power for a dec­ade starting 2004. But then, the steady gains her party made started drifting away soon after 2012 when she began abdicating responsibilities in the elec­ toral arena to make way for her son.

In 2014, when under Rahul’s steward­ ship of the Lok Sabha campaign the Congress touched its electoral nadir, the mother­son duo was back to addressing party colleagues on issues Sonia had spoken of in 1998. Both off­ered to quit—Sonia as president and Rahul as vice president—but the resig­ nations were rejected. Then on, Rahul led the Congress from one disaster to another, but his formidable surname ensured that in December 2017, when he agreed to officially take over as Congress president, there was no one to challenge his ascension.