By Polls To Their Rescue 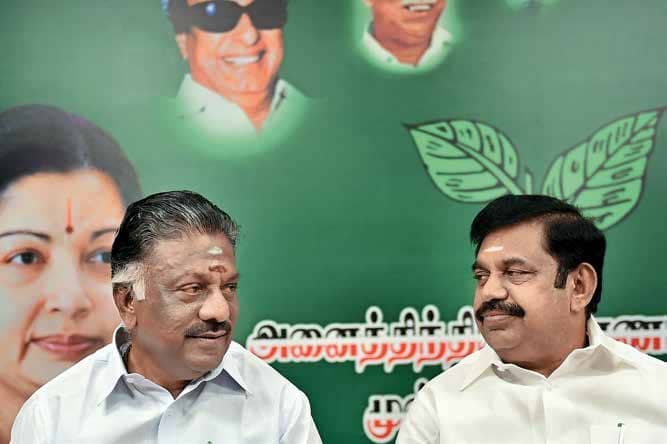 Focus on assembly bypolls instead of Lok Sabha polls paid off for the AIADMK.

AS the results for the Lok Sabha seats in Tamil Nadu rolled in on May 23, chief minister Eda­ppadi K. Palaniswami realised within the first hour that they were losing badly. But his attention was focussed on something even more important—results of the bypolls to 22 assembly seats that were also trickling in. By the end of the day, Palaniswami could breathe easy— though the DMK outstripped his AIADMK by winning 13 assembly seats, Palaniswami was content with the nine seats that came his party’s way. Those nine seats ensured that his government, surviving with just 113 MLAs (excluding the Speaker) in a house of 234, would now have a comfortable majority of 122. If the DMK had won all 22 seats, it would have been in a position to form the government along with its allies, claiming a majority of 119.