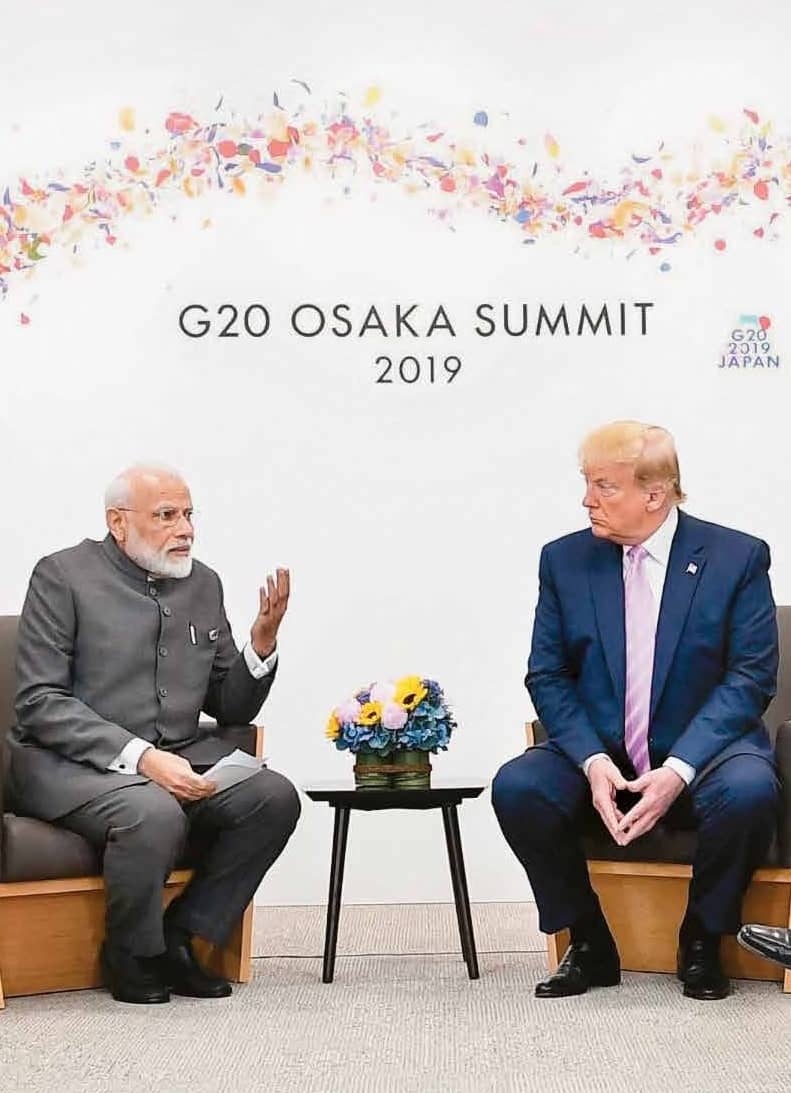 Trump’s unsolicited, mediatory hand is easily spurned. India has to frame its Pakistan policy in the light of the Afghan talks and the FATF ruling.

The stream of misinformation, to put it mildly, befuddled the world, and it started right from January 2017, when Donald Trump assumed office as president of the United States. Since then, he has shown an endless appetite for creating controversy through deceit and rude comments, mostly through tweets directed both at leaders he claims are ‘close friends’ and at a long list of bêtes noire. The marvel is how impervious he is to howls of derision and protest, of being called a peddler of barefaced lies, a willing victim of delusional urges. Those beady eyes and upturned chin conceal a stone wall of the highest integrity.

His latest salvo from Washington early this week targeted Prime Minister Nare­ndra Modi. Trump’s claim that Modi had sought his mediation on the Kashmir dispute with Pakistan sparked angry debates, speculation and an adjourn­ment of Parliament’s proceedings, along with a hurried and categorical rebuttal from the Indian foreign minister.

The sharp reaction in India is under­ standable. ‘Third-party” mediation inv­olving Pakistan and Kashmir evokes a long list of bad memories. On most such initiatives in the past decades—many of which continue to haunt political leaders—India had ended upholding the ‘wrong end of the diplomatic stick’, while the gains were mostly extracted by its obdurate western neighbour.

“We have suffered every time we sought outside help to resolve issues with Pakistan,” says former foreign secretary Kanwal Sibal.

The furore in Parliament over Trump’s claim and the alacrity with which foreign minister S. Jaishankar assured the agitated MPs that there had been no shift in India’s stated position and, likewise, not an iota of truth in Trump’s statement, clearly indicates the sensitivity of the issue.

The fact that the foreign ministry had dug out the minutes and records of the Osaka meeting between Trump and Modi in which the ‘request’ was allegedly made, showed that the government is leaving no scope for speculation on not only a ‘third party’ mediation but also on expectations that India might return to the talks table with Pakistan soon.