AVENGERS OF THE STATE 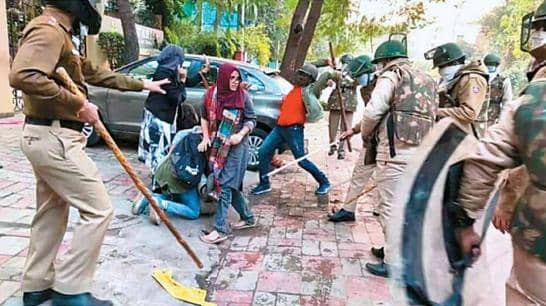 Are the police forces working for the rulers of the day and not for the law of the land? Recent instances point to a worrisome trend in India.

A disturbing template of policing is emerging in India: one of selective and disproportionate action against some, deliberate inaction against others and collusion with a section of troublemakers. All these at the cost of neutrality and fair play. If there is something ominous about the way the police have tackled recent protests in some states, it is this: India cannot stay united and democratic if its police lose their sense of detachment and professional integrity and the criminal justice system works only for some.

In a functioning democracy, it is not easy, even for the compromised elements among the police, to wreck the public order which they are duty-bound to protect. But it may happen, as we are learning, when the police forces are made to work as private armies of politicians in power. When revenge, rather than restitution, is the guiding principle of reinstating public order, it is not unusual to blame the victim for the violence while the perpetrator walks free. Is this what is happening to India of 2020? Are the police forces working for the rulers of the day and not for the law of the land?

Well, not completely as yet, but we are getting there fast. And precisely to avoid such a thing from happening, most advance democracies keep measuring their forces’ detachment and professionalism, especially in the areas of crime and crowd control. It is in these areas that the efficiency of the police and their selective or excessive use of force can be nailed and valuable lessons are learnt. It is common for the government systems in the US and EU, for instance, to conduct surveys of citizens’ trust in the police and the levels of their impartiality. After all, their obligation, as the most visible face of the state, is not only to control crime and maintain peace but to do so in an unbiased and even-handed manner.

In the light of this, let us examine the cops’ handling of protests at the capital’s Jamia Millia Islamia (JMI) and Jawaharlal Nehru (JNU) universities, among other places, in India. In JMI, the police burst into the campus while chasing a group of troublemakers. In the process, they wrecked the library, smashing glass panels and violently hitting students who came in their way. Cell phone videos of their brutality have since gone viral and these could be responsible for fuelling more protests. In JMI, they did not need distress calls or the authorities’ permission before entering the campus. But in JNU, a few days later, the same Delhi Police ignored several PCR calls from the faculty and administration and waited for hours for written permission while masked assailants were running amok on the campus.

The contrast is stark. In the first instance, the use of force was excessive while in the second the loss of precious time was egregious. In extraordinary circumstances, the police do have the right to enter some prohibited areas but they cannot be allowed to go berserk as they did in JMI. But the delay in JNU gave enough time to assailants to pick and choose their victims and vandalise hostels. Citizen videos show one such group of masked men walking out of the campus in police presence, without being questioned or stopped. After the JMI incident, ten people were promptly arrested, all of them outsiders and many with criminal backgrounds, but no arrest was made for days after the JNU attack. It is normal for the police to maintain records of troublemakers and rabble-rousers in and around campuses. They should have known better in JNU where an earlier incident of masked men allegedly shouting anti-India slogans had scandalised the country in 2016. Those masked men are yet to be arrested. 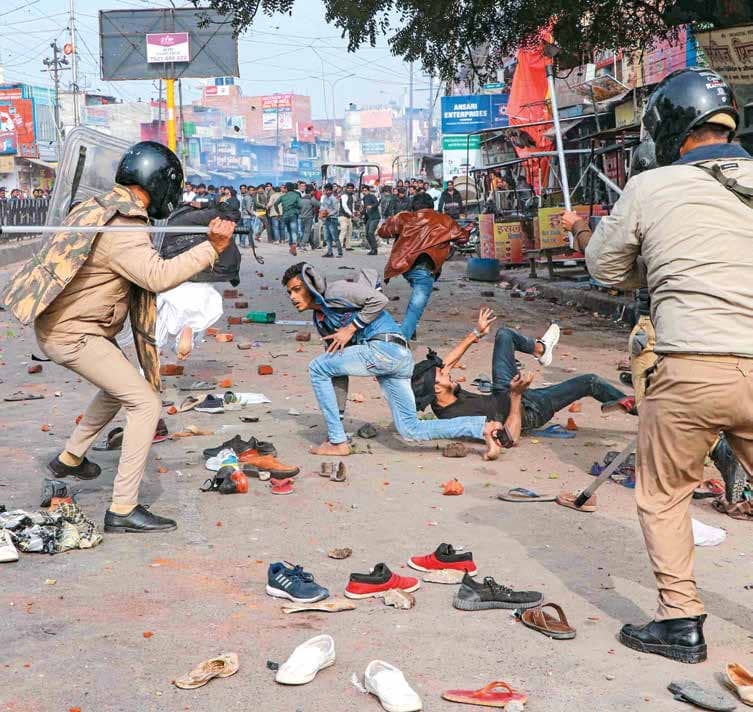