A Unique Partnership Of Narendra Modi And Amit Shah 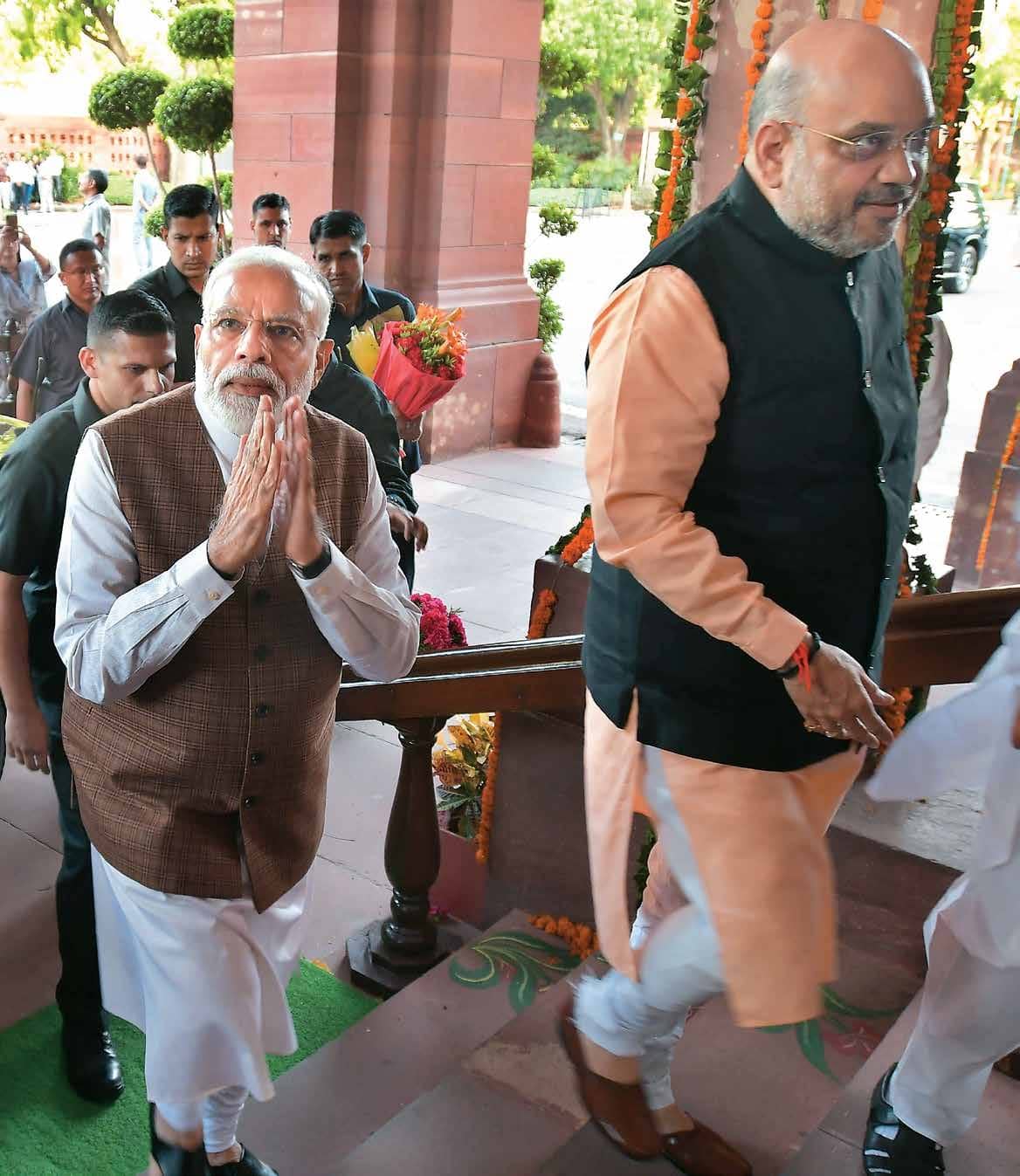 Theirs is a unique partnership that successfully ground down the anti-BJP narratives around demonetisation, farm distress and job flight, getting people across sections to vote for Modi. And Amit Shah’s realpolitik may now enable the PM to build an inclusive image.

It's an epic rerun. the man who is already a metaphor for something superhuman has reduced every­ thing before him to a cipher. Like some mythic hero, he turned every weak link into a teflon­coated asset. But there’s one unmistakable change in the story. the voters saw only ‘Modi’, the endless promotionals carried only his face, and it’s surely his visage that trumped the faceless­ ness of the Opposition—but looming over the landscape was also another face, another mind. Chandragupta­ Chanakya is the preferred reference for bhakts. But perhaps that doesn’t express this new chemistry entirely. On May 17, as PM Narendra Modi joined BJP president Amit Shah for the press conference at the party headquarters, he seemed comfortable taking a backseat. “I am a disciplined soldier; the party president is everything for me,” said Modi.

This raja-mantri duet is clearly a new kind of compound. The latter has, visibly, more executive powers than all the sundry Kautilyas of history, who only ideated, and yet he yields to the first’s primacy. BJP leaders and workers alike are awestruck by the chemistry, so are all the rest. Some call it the ‘Jai-Veeru ki jodi’, from the classic movie Sholay—a rare brotherhood built on trust—others recall the partnership of Sachin and Sehwag. Whatever your preferred metaphor, the Modi-Shah ‘jugalbandi’ is undoubtedly the biggest story of the unprecedented 2019 mandate.

“It’s a package deal”—that’s how Amit Shah had described the winning formula to Outlook a couple of years ago, when asked whether it was Modi’s charisma or his strategising that buoyed the party. “You cannot separate the two,” he said in that interview. Now, increasingly evidently, Modi is according Shah a pride of place beside him. The two came together for the victory rally at the BJP HQ. Modi talked of “chemistry over arithmetic”. That wasn’t just the party’s social chemistry—transcending caste and identity—but also the one between him and Shah. Something palpably, fatally, absent on the other side.

In fact, Modi and Shah are known to talk to each other every day, sometimes four-five times. This week, they had a four-hour meeting where the duo discussed cabinet formation—who should remain, who should go, who could be the new faces. They have been travelling the country shoulder-to-shoulder after the mandate. Shah accompanied Modi to Varanasi and sat next to him as he performed puja at the Kashi Vishwanath temple. Earlier too, during nomination time, Shah was with Modi as he performed the Gangaaarti. Incidentally, it was Shah who had backed the idea of Modi contesting from Varanasi in 2014 to strengthen the party in eastern UP. “It’s the PM’s way of acknowledging