A Flood Of Dry Taps! 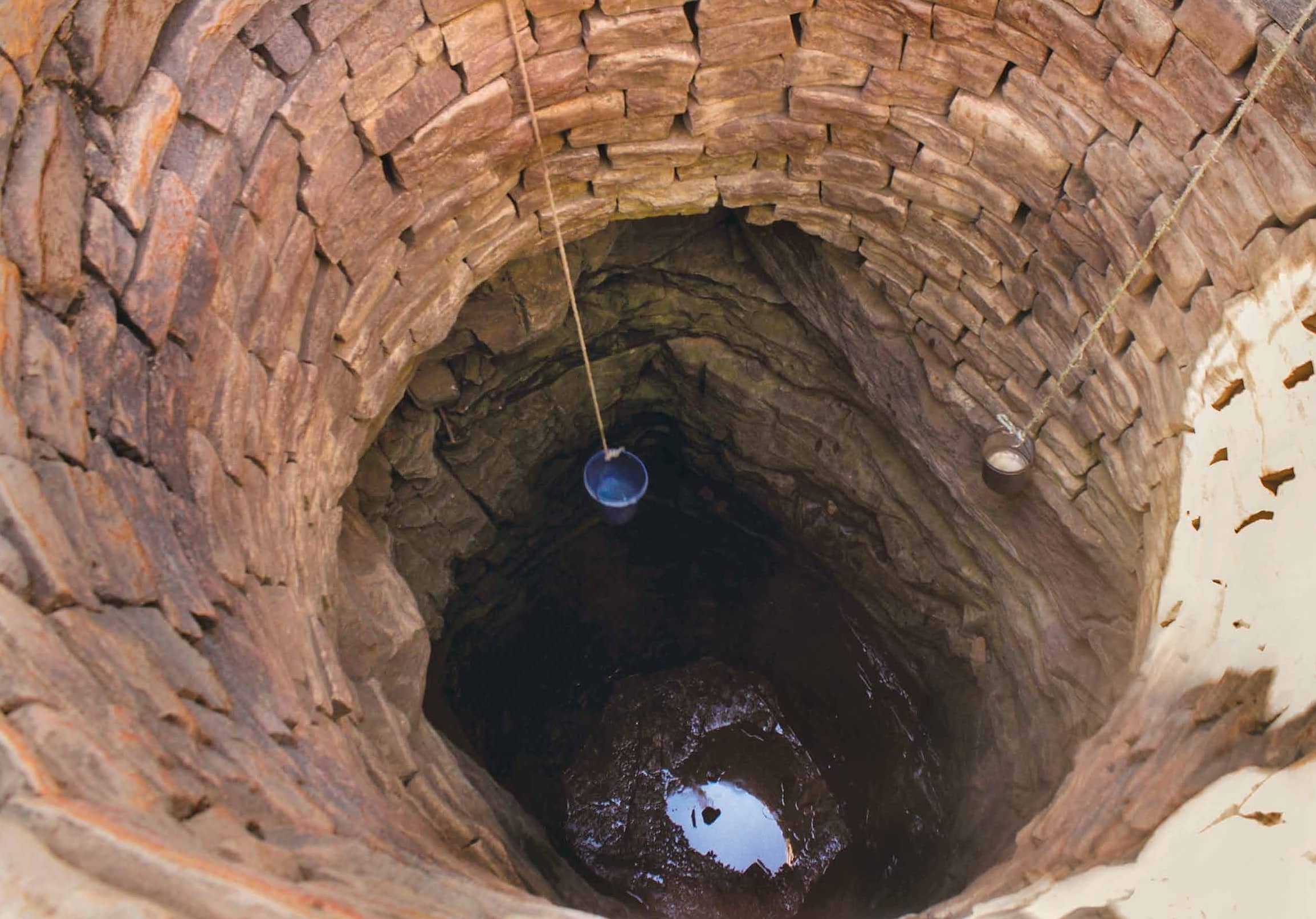 It’s official: the worst water crisis in our national history is upon us now. But we also see signs of a fight to save us from a dry future.

Farmers in Kurukshetra’s Thanesar, a paddy-growing region of Haryana, are faced with a peculiar dilemma. Over the past few weeks, acres and acres of standing paddy have been destroyed by floodwater from the Ghaggar and markanda, two of the main rivers in the state. Gurmel Singh, 42, for one, is at his wit’s end. With depleting groundwater levels, the government has been asking farmers to switch to other crops which consume less water. “Our paddy fields are under two-three feet of water. The crop has been destroyed. What other crop would survive here?” he asks, surveying his hard labour going waste within days. Floods have occurred here earlier too, but not with such ferocity. Crisis on the surface, crisis below the surface, Kurukshetra’s water woes now has a paradoxical character.

Ask Jayanta Sharma about such contradictions. Sharma, 33, buys nearly 300 litres of water daily from a private firm, delivered by tankers directly to the overhead tank in his apartment in Guwahati. Yet, he and his family of three cannot step out of their homes on many days during the rainy season as even brief showers flood the entire locality. “We are having a tough time with water. The irony is that the roads are flooded with water and we are buying in trucks,” says Sharma, who works in a private company. Over the past decade or so, Guwahati has seen an unplanned growth of housing apartments, leading to fast depletion of its groundwater level. And floods in Assam’s capital are now a recurring problem, an urban nightmare that also blights Mumbai and other cities annually.

Across the length and breadth of India, millions of people are grappling with water—more often for the lack of this life-sustaining elixir. It’s an unequal—some say, losing—battle. The conundrum was never so prominent, or puzzling. Every year, around this time, while parts of the country reel under droughts, there are others that are flooded. Taps run dry in cities, including the major ones, and rural areas that get enough rains depend on faraway sources. Cities like Chennai, which were once self-sufficient, now face water shortages. It was the same city that came to a standstill for days due to floods. In both urban and rural India, the crisis is acute. We are in the midst of shortages, toxic contamination, raging disputes between states over water sharing, and heightened cross-border tensions in the subcontinent.

The red light had been blinking for a while. Now, it’s official. Government think-tank NITI Aayog said in a 2018 report that India is facing “the worst water crisis” in its history, with about 60 crore people facing high to extreme water stress. About two lakh people are also dying every year due to inadequate access to safe water, the report titled ‘Composite Water Management Index’ said. This happens in the same country where hundreds die every year due to floods. Last month, Union water resources minister Gajendra Singh Shekhawat sent out another warning. The water shortage could impact agriculture and thereby cut food exports from India. The country urgently needs to revive its reservoirs, lakes and other traditional water bodies, he said in a statement (see interview, p.37). For a country where a majority rely on the farm sector, this almost sounds catastrophic. For the first time, water has entered our socio-political consciousness. PM Narendra Modi talked about the need for conservation in one of his Mann ki Baat episodes.

Although the belief is that floods are caused by natural causes, like high rainfall, the reasons for modern floods are, in most cases, man-made. It is human mismanagement, either in the implementation of water projects, or their maintenance, that plays a key role. One of the prominent causes of the Kerala floods in 2018 was said to be inadequate and inefficient management of the dams. In many states, deforestation has aggravated flood situations as green cover controls water run-off and helps prevent soil erosion. So is the case with droughts and water scarcity.

Residents of Mawsynram in Meghalaya, which receives the highest rainfall on earth, have to travel several kilometres to get fresh water as large-scale deforestation has left the land barren. In 2017, nearly 5.5 million hectares were affected by floods across India; 18.64 million people faced the fury of the deluge. The damage to crops extended over 5 million hectares, and 2,014 lives were lost. In a country highly dependent on the June-September monsoons for growing crops to feed its teeming millions, even a slight variation in rainfall leads to drought. Crop failures bring in its wake farmer suicides, the numbers growing over the years.