Two Leaves And A Rebellion 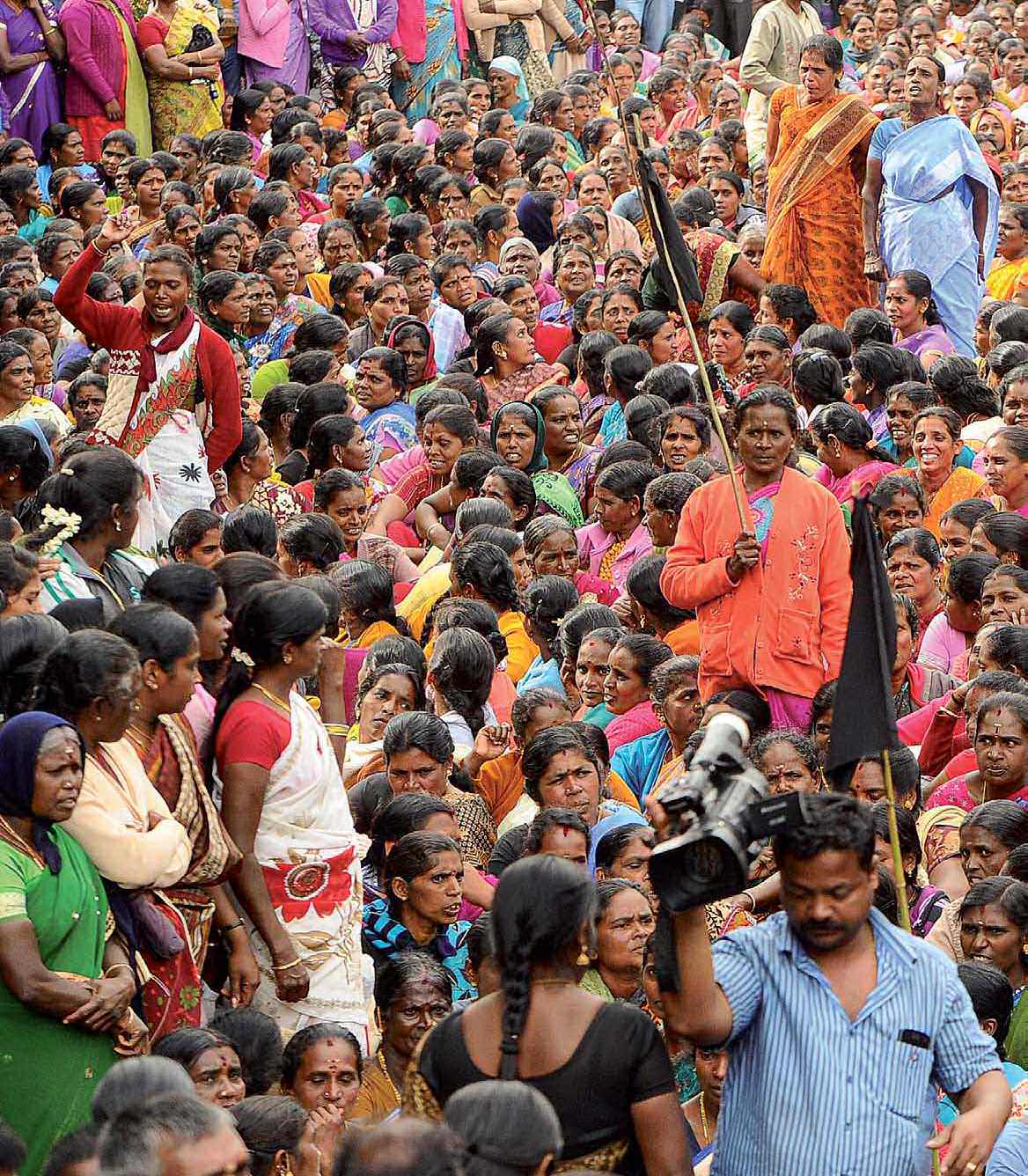 A few thousand women in the hill ranges of Munnar challenge the male dominated trade unions of Kerala.

A woman screamed this slogan, in Tamil, before the office of Kanan Devan Hills plantations company in Munnar. A couple of thousand women, milling around, echoed her even as mist climbed down the green hill ranges blanketed with tea shrubs: “Pembillaiorumai zindabad.” It was an astute twist to a slogan that Malayalees have been familiar with: “Thozhilali aikyam zindabad (Long live workers’ union)!” These women were all labourers —in fog and rain, across 24,000 hectares of hilly region, they shear tea leaves for Kanan Devan—but here they invoked their gender to assert that this is their own fight. They shouted in their language, Tamil, in Kerala’s most famous hill resort:

Chicken, dosa ungalkku/ kaadi kanji naangalkku (Chicken and dosa for you/ stale rice water for us).”

That was the slogan and song that shook Munnar—and the rest of the state—in the beginning of September. One half of it was about the unhappy existence of the worker in the tea estate. The other half was the refrain of the new aspirational labourer who questions her meagre subsistence, who wants English-medium education for her children, who refuses to accept the vast gulf between the haves and the have-nots and forms a collective to redress it. Their demands to that end were specific: Rs 500 as daily wage as opposed to Rs 232, bonus should be 20 per cent instead of the 10 per cent that had been announced earlier, and better medical facilities.

Malayalees, down in the plains, were riveted, even bewildered, as the slogans, fierce and catchy, streamed to them: through newspapers, TV channels and Facebook notifications blinking in their mobile phones. Until now, Munnar was just a touristy tea county where they sought out, with a particular parochial pleasure, Kerala’s own wisp of mist and mountain air after having bussed to Kodaikanal and Ooty in neighbouring Tamil Nadu. In planter’s chairs, Malayalees—and now increasingly north Indians and Arabs—took in the green hills, spotted the Nilgiri Thar, exclaimed at the purple kurinji that blossoms once in 12 years, but they never quite saw these women standing amid rows of tea bushes, cutting the leaves with scissors. They never quite heard a murmur from them—until now. Suddenly, Munnar was not just about pricey resorts and cheaper dormitories, superior spices and silver tips. There were women here who kept the plantations running. They have names. She is Lissie Sunny. She is Gomathy Augustine. She is Velankanni. She is Indrani. She is Bhavani. And a thousand others. They have voices. They stumped not only the ordinary Malayalee but especially Kerala’s politicians and male trade union leaders. The rebellion began to brew at Kanan Devan Hills Plantations (KDHP) in mid-August when news broke that workers would get only 10 per cent of their pay as bonus as opposed to 19 per cent last year. The reason was that profits had fallen.